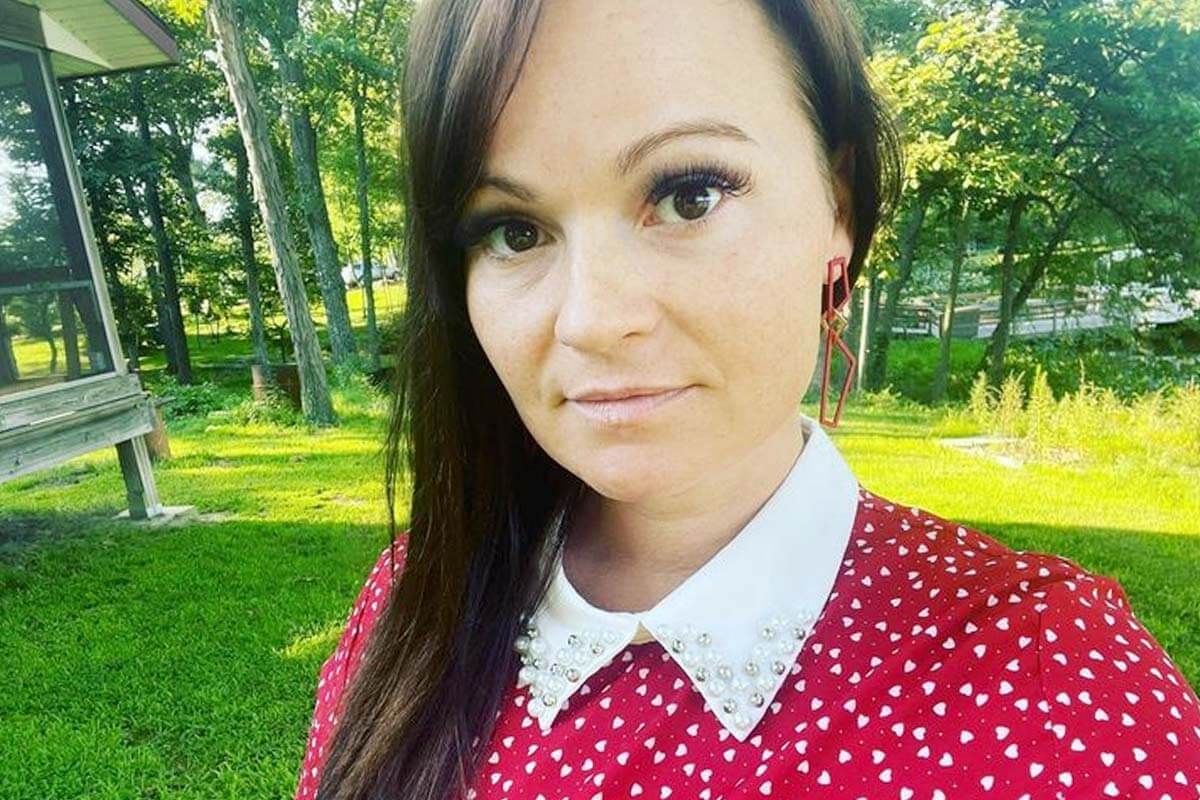 Some find her too abrasive and brutally honest for their taste, while others love her grit, confidence, and fearlessness. Lacey Jones made a name for herself as an all-star survivalist after her super-successful appearances on Discovery Channel’s Naked and Afraid (2013), Naked and Afraid XL(2015), and Naked and Afraid: Alone.

It has been a while since she last graced our television screens. So, if you are wondering what happened to Lacey Jones on Naked and Afraid, you’ve come to the right place.

Read on for deets about Lacey, her time on the hit reality TV show, and what she’s up to now.

Lacey Jones Had A Survivalist Childhood

Few people grew up building shelters out of sticks and eating raw edible plants, but that is Lacey Jones’s exact childhood story.

According to the controversial Discovery Channel reality TV star, she grew up with her mum, dad, and siblings on Quigg Island, Maine. The family mostly lived off the grid without luxuries such as electricity and television.

She spent summers at a local survivalist school learning about fishing, hunting, making a fire, building shelters, and so much more. Her parents were self-proclaimed hippie naturalists who inspired her love for nature.

The TV star said her father grew up in camping tents and raised her and her four siblings similarly. She recalls spending most of her childhood without running water and just a wood stove and a generator for cooking and keeping warm.

Interestingly, Lacey left behind those hunting and fishing days to become a TV superstar in a twist of fate!

Lacey Stark-Jones lives with her husband and two children in Du Quoin, Illinois. Like some of the contestants on the show, she takes pride in being an Army veteran. She joined the Army soon after leaving college and was deployed to Iraq for some time.

According to Lacey, she and her husband Cody met during her time in the Army, later moving to his hometown of Du Quoin, Illinois, when her employment contract ended. The couple’s two children are Olive and Oakley.

Lacey Has Appeared Thrice In The Naked and Afraid Franchise

There is no doubt that Lacey is one of the best performers we’ve seen on the Naked and Afraid Discovery Channel reality tv show. It isn’t surprising that she is a franchise regular appearing three times on the series.

In the latter challenge, contestants are left in some of the most isolated regions in the world for 21 days.

With no tribe or partner to depend on, each contestant has to find ways to acquire food, water, and shelter. Naked and Afraid: Alone, as Lacey admitted, is more of a mental challenge than a physical one.

She Almost Gave Up Because She Missed Her Family

Despite growing up knowing how to fend for herself in the outdoors, nothing could have prepared her for the experience of being alone in the wilderness. Seriously, nothing comes close to navigating a river of piranha-filled water butt-naked! But, the show’s mental game pushed her to keep going.

She told the press, “I love challenging myself, and this adventure was about my personal journey. For me, it was all about the mental aspects. I wanted to do this last one to push my boundaries. You are naked, cold, alone and you miss your family, that alone can cause anyone to give up.”

Lacey confessed that missing her family was the most difficult part of the Naked and Afraid challenge. Contestants on the show are not allowed to bring pictures or call their families. To keep herself strong during the challenge period, Lacey Jones says she would envision her children and remember the great memories they’ve shared.

She Shaved Her Hair Due To Ticks and Malnutrition

Did you see her with different hairstyles and wonder, “what happened to Lacey Jones? Well, hers was not an attempt to appear stylish while trying to survive in the wilderness.

Lacey went through different hairstyles because she was trying to care for her hair and survive in those inclement conditions.

First, she had long hair, then she shaved it off and later kept a pixie cut. Cutting her long hair was the only way to keep herself safe from ticks and other parasites that hid in her trusses.

She said, “I cut my hair because I was malnourished and this causes the hair to fall out anyway. While in Ecuador, I contracted something from the murky waters that ravished my hair, and since I was unable to clean it, bugs infested my hair.”

Lacey added, “After the first episode, my hair became like dreadlocks. It took a toll on my body and hair, so I just decided to shave my head so I will not have to worry about fungus from the shark-infested waters, ticks, and things growing in it. So, I went totally all in.”

She Hated Her African Boma

The American reality television star thoroughly enjoyed her time in South Africa and was particularly excited about being among the wildlife. On her first day there, she used her survivalist skills and made a shelter out of branches and thorns.

Her boma, as they call such shelters in Africa, did its job of keeping her warm and safe at night. But, after a while, the tiny, cramped shelter took a toll on her, and it felt like a prison.

She said, “Crawling into my boma every night was really difficult, but I had to live there to survive. Yet, the thought of crawling in there every night was hell. It felt like I was in solitary confinement and had to force myself to go into this hell every evening and be stuck there for hours, being alone, miserable, and cold.

She added, “I had to convince myself to get back in that shelter. Going back into that dark shelter was the most difficult thing when the sunlight disappeared.” That, together with missing her family, made her almost quit the contest.

She Didn’t Get Along With The Other Survivalists

Do you remember the infamous heated argument between Lacey and her partner Shane Lewis on Naked and Afraid XL? In addition, other scenarios showed Lacey butting heads with other contestants.

“If I am being honest, I dont get a long well with the other survivalists, except for one or two.”

Still, for Naked and Afraid: Alone, she admitted that she would rather be with a partner than be alone. This is quite an admission, given that Lacey is not friends or close with any survivalists.

If Lacey competed again on the franchise with another person, she isn’t sure any contestants would want to be her partner.

She added, “They have their own group, and I am sort of outside, so I am unsure anyone would want to be my partner.” She admitted she doesn’t do well in groups and that not everyone can cope with her honesty and abrasive personality.

What Is Lacey Jones Up To Now?

Aside from running their family gun shop, Lacey is pursuing a Doctorate in Emergency Management. She is also working to obtain a pilot’s license.

Still, she admits that she will probably keep competing on Naked and Afraid and other survivalist shows, as she loves adventure and the outdoors. The all-star survivalist says she loves participating in competitions because she is not looking at the money but pushing her mental boundaries.

Well, we wish Lacey Jones all the best in her endeavors!