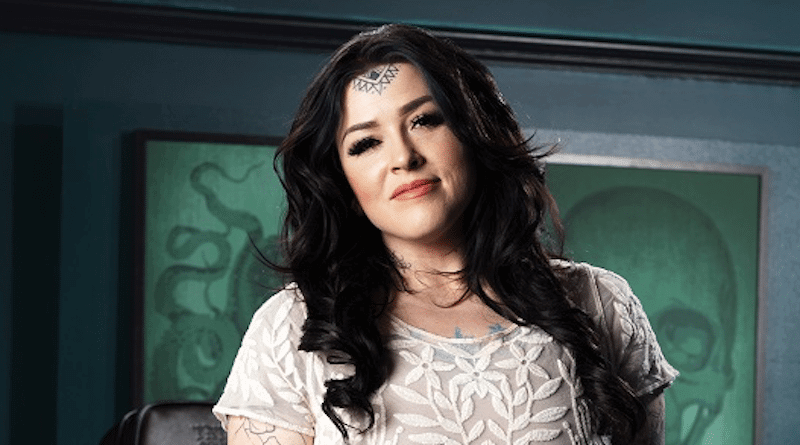 Like many other fields, the tattoo industry has been male-dominated for several years. Women have never been given the same opportunities in the industry. One TV show that seemed to have changed the narrative is Ink Masters: Angels.

In particular, Season 8 of the show showed just how powerful women in the tattoo industry can be as they empowered one another and celebrated their success throughout the season.

Watching their talent and alliance shine to produce the first female ink masters and Angels running their own show was a good illustration of a paradigm shift in the tattoo industry.

In November 2017, the legendary artist, Rose Gia, shocked fans of the show when she announced that she would not be returning to the show following health issues due to cancer treatment.

Ink Master: Angels was a spin-off of the Paramount Network’s tattoo reality competition that premiered on October 3, 2017.

The series followed season 8 competitors Kelly Doty, Ryan Ashley, and Nikki Simpson as they traveled across the country going head-to-head with top local artists who were competing to earn a spot on the future seasons of the Ink Master.

Rose Gia was an artist to root for on season 8 of the Ink Master. She stood out as a smart and fun tattooer with lots of cool techniques up her sleeve.

Gia brought unique color combinations, an eye for detail, and composition to the competition.

However, Gia only appeared on the series for five episodes and vanished. As hinted above, Gia announced (via her Twitter and Instagram accounts) that she was leaving the show to focus on her health.

However, some of her fans didn’t see the messages, became concerned, and have been asking a lot of questions about her whereabouts—why did she leave? Where is she currently?

Gia suffered sudden flare-ups of the sciatic nerve while filming the show. This was mainly due to complications from her previous cancer treatments.

Although she was cancer-free at the time of the show, she had been advised by her doctors not to fly. This meant that she couldn’t continue filming.

Before the season started, Gia had spoken about her battle with cancer. She revealed how she was diagnosed with an aggressive type of cervical cancer in January 2014.

She said that the condition had turned her life upside down because it came at a time that she wasn’t insured. However, she stated that she successfully recovered but still had to deal with the physical repercussions and side effects of the treatments.

Tattooing is a challenging career and even the best artists struggle sometimes. It takes time and dedication to master and sometimes the simplest tricks can be the most challenging.

So, Gia must have been a legend to shine in most of the Angel face-offs as well as serve as a judge in other competitions amidst the health issues she was experiencing by then.

Although her fans missed her on Ink Master: Angels, a section of them who read her twitter and Instagram posts understood her situation and wished her good health and happiness.

And here is the good news: Gia is now completely free from cancer and living happily. She also got married to Angus, a fellow tattoo artist. Follow her on Instagram where she frequently posts pictures of her latest tattoo works.