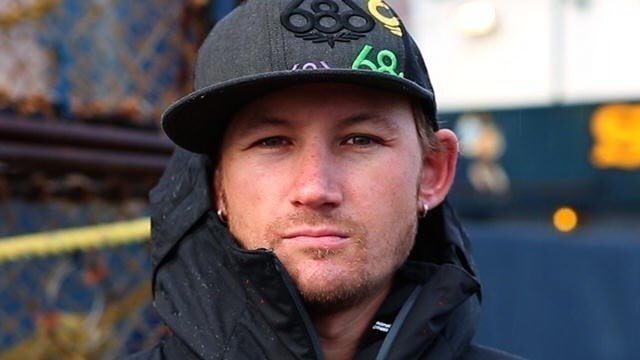 Elliot Nicodemus Neese is no stranger to the Deadliest Catch fan base. The young crab fisherman was brought on the show six years after its premiere and stuck around for four years before he went off-air.

Apart from being the Youngest Captain on the show, Elliot wowed fans with his remarkable skill, villain-kind of lifestyle, and beautiful, tattooed body. At only 28, the reality star had already made a big name for himself both on reality TV and as a crab fisherman.

Elliot stayed on the Deadliest Catch for some 60 episodes, which was enough time to showcase his prowess with the fishing boat. His time with the Rambling Rose was exceptional. After being fired by the owner, he used the opportunity to purchase his own fishing vessel, SAGA, which he operated until he departed from the show.

Fishing surely comes naturally for the star that learned the craft at only 19. He rose through the ranks, becoming the captain of the fishing boat before he hit 30.

With the kind of resilience and hard work the captain had, fans were terribly disappointed when he didn’t come back after season 11 of Deadliest Catch. Here’s a rundown of what really happened to the talented captain.

While Elliot’s rocky relationship with his baby mama was captured on the Deadliest Catch, another ugly side of the star was kept private.

Apparently, the successful reality TV personality had been struggling with drug addiction for quite a while—even during filming for the show.

Fans learned about this when Elliott tweeted about checking into Passages, a Californian rehab program in 2015. This came after the captain had handed the reins of his fishing boat SAGA to Jeff Folk – his first mate.

Sadly, this was one bump in the road. Before the tweet, Valerie, Elliot’s baby mama, had gone to court to get a restraining order against the reality star. According to the court documents, Elliot was a “danger” to be around when he snaps. Valerie claimed that when the young captain gets violent, all hell breaks loose. She recounted a time when he smashed her stuff and attacked her during an argument back in 2010.

The ongoing drama between Elliot and Valerie caused the star major emotional trauma. There are several episodes in which he lost it and went crazy—a clear depiction that all was not well at home.

Some fans who knew about the restraining order went as far as requesting Neese removed from the Deadliest Catch.

The production team at Deadliest Catch took Elliott’s side. When things weren’t going well for him, his boss Decker Watson, the show’s executive producer, took to Twitter to show support for the cast member. This is what he said: “I 100% stand by you, Elliott. I understand that. I tried my very best to make sure you were part of season 13, and you know how things went down. Maybe we will try season 14. Go on, El!”

After checking himself into a rehab, Elliott’s drug problem went away. He actually managed to stay sober until 2017, when he announced on social media that he’d relapsed again. Fortunately, that proved to be a minor obstacle as the young captain bounced back relatively fast.

Apart from celebrating 90 days of sobriety, Neese claimed that he was now taking better care of himself by working out five times a week and eating clean.

Regarding his current whereabouts, no one knows for sure where the TV star is. He’s gone under literally. He doesn’t post a lot on his social media pages save for the occasional pic and tweets about random things in his life.

An example is a post about his baby rabbits and how much he loved them. With regards to his drug problem, the star hasn’t said much in a couple of years. Fans don’t know for sure if he is sober or not.

Neese’s contribution to the show will certainly not be forgotten. Remember the 10th season when the reality TV star became a hero after saving the lives of six people who had run into trouble at the Arctic Hunter?

Neese literally risked his own life to rescue the crew members. Granted, the boat was utterly wrecked, but if he hadn’t pulled the heroic act, the crew members would have lost their lives.

This was perhaps one of the reasons the star rose through the ranks early in his career. Of course, his early stint in fishing earned him the experience he needed to fly high as well.

Despite being away from the reality show for over five years, his fans haven’t given up on Elliott Neese. Many hope that he will make a comeback sometime in the future. We can only hope and wait in anticipation.