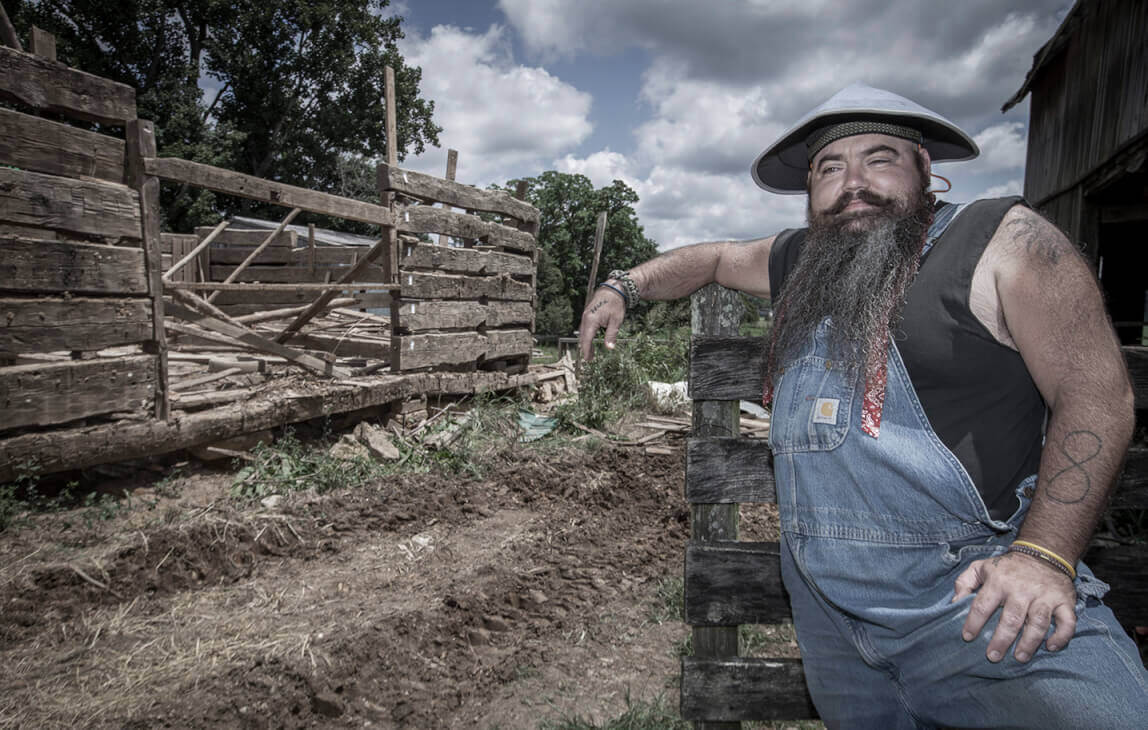 DIY’s Barnwood Builders is currently in its 10th season, with episode 9 airing in September 2020. It’s been quite a journey since the show’s premiere in 2013. The cast members, or hillbillies as they love to be referred to, have garnered America’s attention and the rest of the world for seven solid years. The reality show, which resembles Extreme Makeovers (except the crew deals with barns and not old houses), is funny, quirky, and entertaining. Despite working on construction sites, the cast manages to put a smile on viewers’ faces from time to time.

Speaking of humor, one of the cast members known for being super hilarious is Brian Buckner. If you’ve been following Barnwood Builders since its inception, you can confirm this statement. Fans love him for his endless jokes, easy-going attitude, and lovable nature. He makes construction work seem fun and thrilling.

Sadly, the reality TV star was only around for two seasons. When season 3 premiered, Brian was nowhere to be seen. Many fans of the popular reality show thought the humorous cast member would be back, but Buckner is still missing in action, to their dismay. So, just what happened to him?

Neither the DIY network nor the Discovery Channel has addressed the real reason why Brian left Barnwood Builders. However, in a Twitter post, the team spoke up after rumors of the original cast member’s death circulated.

Brian was no longer living in West Virginia, where the show is filmed. The hillbilly had decided to relocate to an unknown state that’s quite far from West Virginia. Ultimately, having him on set became a real challenge because of the distance. This is what the tweet read:

“Brian doesn’t live in West Virginia anymore. He’s moved too far to work with us. We surely miss him a lot. We hope he will join us in the future.”

The real reason Barnwood Builders is filmed in West Virginia is because of the availability of old barns. Some of them have been around for well over two centuries and have collapsed. The team led by Mark Bowe seeks to resurrect the barns and inject life into them. If it is indeed true that Brian wasn’t in the state any longer, it makes sense that he wouldn’t be a part of the cast.

Buckner might have been good with cracking jokes at work, but his work ethic was seemingly lacking. Well, at least according to some fans.

During both seasons 1 and 2 of the show, several rumors claimed that the star didn’t contribute much to the actual construction work. Here’s a comment made by one fan about Brian’s work ethic.

“I am yet to figure out what Brian Buckner really does on DIY’s Barnwood Builders except, of course, comic relief.”

Assuming Bucker didn’t take the job as seriously as his counterparts, chances are he left because of it. Unfortunately, he hasn’t said anything in response to the allegations, so we are left speculating.

The internet has also been abuzz with reports that Brian had died. The rumor started after some fans came across an obituary of an individual bearing the same name as the reality star. Thankfully, the network put the rumors to rest when they tweeted that he was alive but in a different state from the shooting location.

Ten seasons later, Mark Bowe and his company are still refurbishing old barns in West Virginia, Texas, and the rest of the country. They made a move to Texas in 2018 to expand their wings a little bit. Don’t worry; the show is still as gripping as it was before. The recent episode saw the team renovate a barn in Pennsylvania that was being torn apart.

As usual, Johny quickly takes over the responsibility of overhead wires, Sherman gets to work despite having only one functioning arm, and good ol’ Tim doesn’t stop running.

The team is genuinely passionate about making their state a better place, one barn at a time. Mark once said that he is not ashamed of the term hillbilly as it signifies his love for his state.

In an interview with Greenbrier Valley, the owner of the bunch said this:

“I want to be a real champion for my state West Virginia. It is my hope that the term “hillbilly” will bear a good connotation. The network was adamant about letting us use the term in the show’s first season, but they bowed after watching the truck drivers referring to themselves as hillbillies when making deliveries. I believe the term means having strong ties to both family and friends – a deep-seated willingness to work hard and persevere.”

Brian Buckner was no doubt a fan-favorite. He stole his way into the hearts of many Barnwood Builders’ viewers through his funny personality. His reasons for leaving the show are mysterious, but the most important thing is that he’s alive and well. Hopefully, we will see him make a comeback one day in the future.