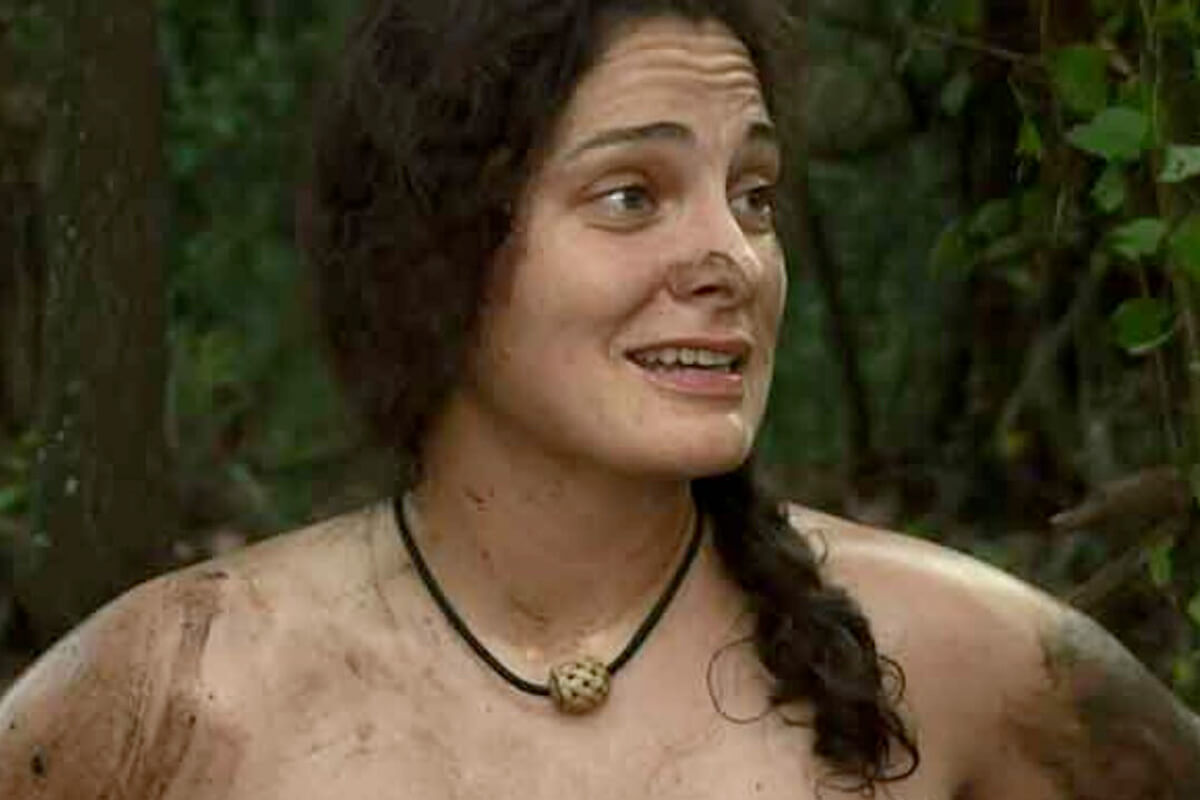 Fan favorite Melanie Rauscher showed us that you could possess tough survival skills, be fierce, and have a great sense of humor. Rauscher was always making funny but witty comments, probably her way of powering through the tough and wild terrains during her time on Naked and Afraid.

Rauscher appeared in season 7 of the series in 2017 and then again in season 4 of the spin-off Naked and Afraid XL in 2018; it has been a couple of years since we last saw her on television.

So, what has she been up to? Are the rumors about her death true? Read on for the insider story about exactly what happened to Melanie Rauscher on Naked and Afraid.

Are The Rumors About Melani Rauscher True?

During her time on Naked and Afraid and the spinoff series Naked and Afraid XL, Melanie showcased her spectacular survivalist skills. It was easy to underestimate her, but she proved us wrong and successfully powered through the 21-day and 40-day challenges.

Melanie was born and raised in Philadelphia, Pennsylvania, to parents Daniel and Catherine Rauscher and her siblings include Alexis, Rebecca, and Jeanette. She attended the Kennedy-Kenrick High School and graduated from the Old Dominion University in Virginia.

The pro-survivalist was built for the outdoors as she acquired advanced survival skills during her time in the U.S. Navy, where she served on the U.S.S. Theodore Roosevelt CVN-17 during deployment in Iraq. After the Navy, she returned, started working in the medical field, and was subsequently inspired to join the popular reality television series.

What Happened To Melanie Rauscher?

If you heard rumors about Melanie Rauscher’s death, we hate to confirm that it is true– the Naked and Afraid star passed away, under mysterious circumstances, almost three years after gracing our television screens.

At the time of reporting, the real cause of death was unknown. According to Corey Kasun, a representative for the Prescott Police Department, the reality star was dog-sitting for a couple at a house in Prescott but was later found dead on July 17, 2022, when the couple returned home that afternoon.

According to police reports, Melanie’s lifeless body was found in the guest room with cans of dust cleaner lying next to her. Compressed air cans are used to clean and remove dust from computer keyboards. She was 35.

The police noted no evidence of foul play in Melanie’s death. There was also no indication that she used the cans of compressed air in ways other than what they intended. There was no trace of drug use in the house, and neither did she leave a suicide note.

Melanie was paired up with Jeremy McCaa during season 7 of the parent series Naked & Afraid. The two formed a close bond and remained friends long after their run on the Discovery Channel reality series.

In a Facebook post, McCaa wrote, “She came into my life, and we had so much chemistry on the show. This blossomed into a friendship that words cannot describe. She had a one of a kind laughter and her friendship was amazing.”

He pointed out that their friendship was unexpected, but it became one filled with love and understanding even after the survival series. He said, “She was my best friend, swamp wife, strong woman and amazing person. I will always cherish our time together.”

Melanie Had PTSD For a Long Time

In another post, McCaa shared a message from Melanie’s mom in which she shared that her daughter had PTSD from her time in the Navy. She stated that Melanie was participating in a research study that she hoped would help others with the same mental illness.

The study, she said, involved bringing up past painful memories, which negatively affected Melanie’s existing PTSD. She described a time, just weeks before her death, when her daughter called her crying uncontrollably, something she only did when she was at her lowest.

Melanie told her mom that she couldn’t sleep because of the reappearance of past memories. The grieving mom said she had asked her daughter to stop participating in the experiment. Still, Melanie insisted that she wouldn’t quit because the study would help other people with PTSD.

According to Mel’s mother, her daughter may have been ”self-medicating” to cope with pain and past memories, but this unfortunately ended in tragedy. Still, she urged her fans and friends to remember the positive things about her beloved daughter.

She wrote, ”Mel lived her life well, and her death has left a void that no one will ever fill. Please remember how she lived with humor, joy, and love for everyone.”

Rauscher’s obituary states that she was an outdoor enthusiast, a passionate athlete involved in local adult leagues, and an avid Eagles fan. She was a witty and natural comedian. Her boisterous laugh will always linger in the hearts of her loved ones.

Her family asked that, in place of flowers, donations be made to the PTSD Foundation of America, an organization Melanie was devoted to. They also encouraged her fans to plant a tree in memory of their loving daughter, sister, and aunt.