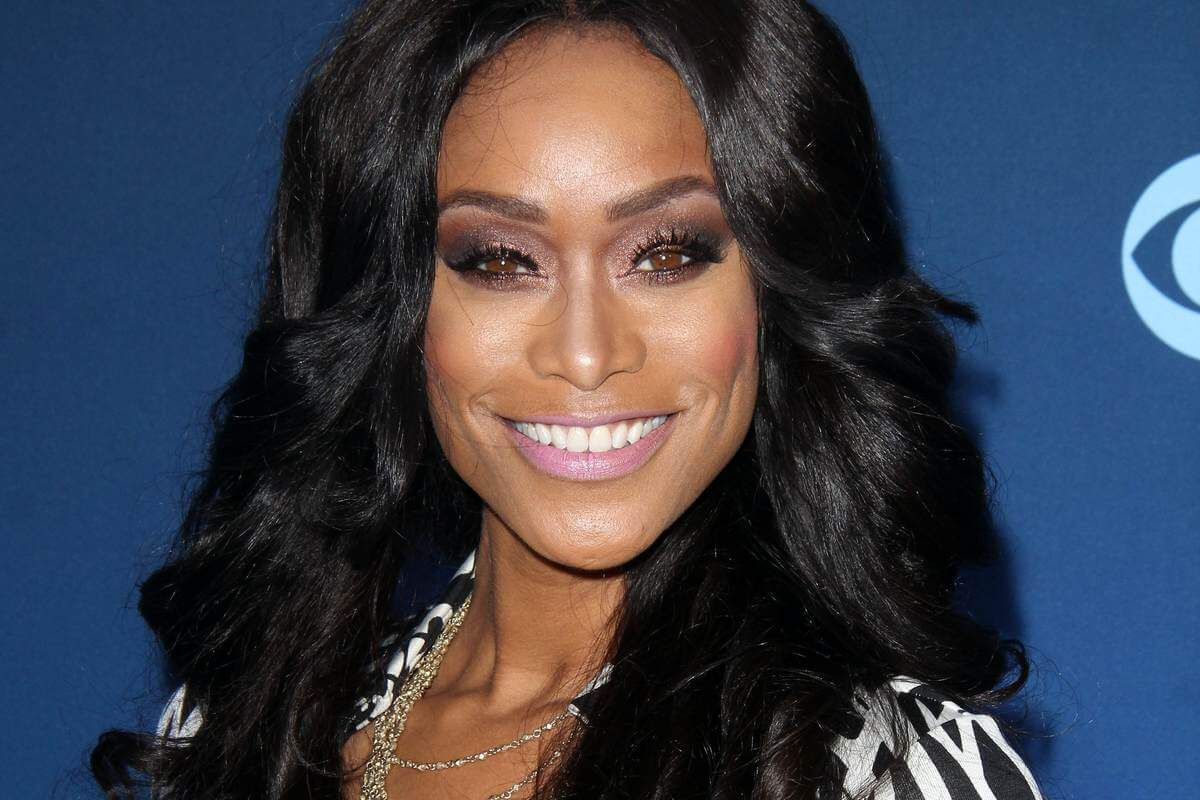 If you’ve followed Tami Roman since her early days on The Real World show to her appearance on Basketball Wives, where her star shined, you will already know that she is one girl whose weight fluctuates overnight! One minute Tami is curvy; the next, she is stick-thin.

Recently, the reality TV star turned 50 and seemed to be her thinnest ever. Tami has received a lot of backlash for her fluctuating weight. But, according to her, people do not understand what she’s been through.

So, what’s the deal with Tami Roman’s weight loss? Is she sick, or is she intentionally starving herself to stay as thin as she is now?

Tami Roman’s life looks bright and glamorous, but every day is a struggle with her body dysmorphia.

The actress has always been candid about her weight problems, which she says stemmed from a horrible experience when she was just a child.

Speaking to the host of The Real in 2021, Tami revealed that a modeling agent destroyed her self-esteem when she began her modeling career at age 13 in New York City. The agent allegedly put her in front of a mirror and told the young Tami that her body was not right because her breasts were supposedly sagging, her chin was problematic, and she had back folds and fat over her knees.

“Many people do not know that it (body dysmorphic disorder) is genetic, hereditary, or comes from a negative experience that annihilates your self-image,” the Haus of Vicious star explained.

In 2008, the reality series star was diagnosed with body dysmorphic disorder, a mental health disorder in which a person spends a lot of time worrying about imagined flaws in their body.

After the experience with the modeling agent, Tami’s relationship with food and her body turned into a vicious rollercoaster.

“I left the modeling agency and went home. From that moment, whenever I looked at myself in the mirror, I always found something wrong with my body,” Roman further explained.

From then on, Tami has done everything possible to stay thin. Speaking to EurWeb, she admitted that she is extremely thin because this is how she feels she needs to look to be beautiful.

The TV star admitted that weight is a hot topic, every day is a challenge, and her relationship with weight loss has become an obsession.

How Did Tami Roman Lose Weight?

Tami’s dramatic weight loss and changes to her physical appearance over the years have had people questioning how she can drop several dress sizes in just a few short weeks.

Admittedly, her weight loss has not been all-natural or due to eating healthy food and exercising, although she regularly does this now. In 2012, the reality television star credited her drastic weight loss to NV Clinical supplements, and she was even the brand ambassador for the diet company.

“In the first week of taking NV, I lost seven pounds without any major changes to my lifestyle,” she explained following her weight loss that caused a stir among her fans.

Of course, Tami’s claims were too good to be true, and as usual, she received a lot of backlash for promoting weight loss pills and propagating pseudo-science by saying that she did not have to work out or make healthier food choices to lose weight.

To set the record straight, most dieting supplements have a disclaimer saying that you need to exercise and adopt a healthier lifestyle to see any significant weight loss. Even on NV’s clinical site, a disclaimer indicates that Tami’s speedy weight loss results are not typical. Lifestyle changes and proper choices for your diet are necessary for one to lose weight.

Back in 2013, in an episode of Basketball Wives, Tami was filmed doing liposuction to tighten her abdomen, thighs, and back areas.

“I try working out, eating right, but I am just not getting the results I want,” she explained to Dr. Chang, who was in charge of performing the liposuction procedure.

Tami was reportedly happy with the procedure. But, after a while, word on the street was that she regretted the surgery and returned to her struggles with weight.

These days, Tami says that she has actually made changes to her lifestyle and doesn’t solely depend on dietary supplements for sudden weight loss. She works out for at least 30 minutes a day to keep the weight off and has been focusing on choosing healthier foods.

Battle With Diabetes Also Contributed To Her Weight Loss

Aside from her body dysmorphic disorder, Tami was also diagnosed with type 2 diabetes. Due to this diagnosis, she must watch her weight to avoid health issues.

“Today, at age 50, I have been diagnosed with type 2 diabetes. As a result, my weight fluctuates even more,” Roman told the host of The Real.

So, yes, it is true that Tami Roman is sick, and her dramatic weight loss journey can be partially attributed to her being diabetic. Add this to the body dysmorphic disorder, and you can see why the actress has been dealing with weight issues for the longest time despite her enviable bikini body.

Tami Roman Has Been Trolled Due to Her Weight Loss

Unfortunately, people haven’t been too kind to Tami and have repeatedly thrown shade at the reality star for her fluctuating weight.

Her co-star on Basketball Wives, Evelyn Lozada, has been at the forefront of dishing hurtful remarks about Tami’s body.

In a recent episode in which Lozada and Roman were in a heated argument, Lozada insulted Roman’s appearance saying, “You need to worry about your health because you look like a crackhead these days. Focus on doing squats.” She commented that Roman should eat more vitamins and that her legs looked like candlesticks.

Following that incident, Roman told Jackie Christie, another of her co-stars, that Lozada really hurt her and explained that she lost weight due to her diabetes.

“I am diabetic, and so my weight is very serious. I finally decided to take control of my life so I could live for my children and my man. So this is how my body reacts to me making good choices with my diet,” she told Christie.

Addressing online body shamers, Tami fired back with a strong message. She wrote, “I did not lose weight; I lost my willingness to die. Diabetes is not a joke, so you can laugh and leave negative comments. But I have two beautiful daughters, and I will live for them by whatever means it takes.”

For whatever it is worth, body shaming is abhorrent, and Tami should continue to ignore the haters and keep glowing and minding her own business.