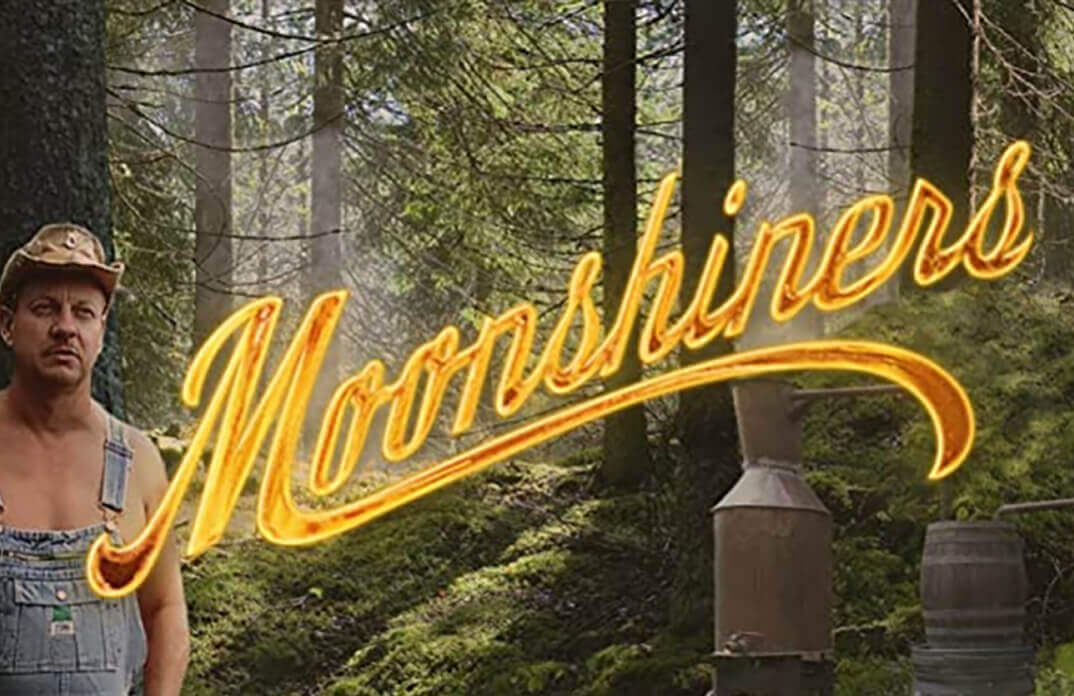 From The Bachelor to Top Chef or Wheeler Dealers, reality shows have ticked yet about every concept to suit pretty much every person on earth. While reality shows are usually harmless, some can get quite extreme or even illegal.

One such reality show is Moonshiners, which follows a group of individuals that go to extreme lengths to manufacture moonshine whiskey (technically bringing an illegal activity to tv audiences).

From having law enforcement supposedly confront cast members on screen – to still pretty much airing until today. Is the show highly dramatized and fake, or are producers simply good at what they do?

Moonshiners is a Discovery Channel American docudrama, which follows individuals who produce illegal moonshine whiskey in the Appalachian Mountains of Kentucky, North Carolina, South Carolina, Tennessee, and Virginia. Produced by Magilla Entertainment, Moonshiners first premiered on 6 December 2011, has aired for ten seasons, and continues to run strong with over-the-roof ratings.

While it’s evident that seeing the series dramatize the group’s liquor production efforts and law evading ways of life is entertaining for a lot of people, we’d assume even reality tv shows might want to stay in the good books of law enforcement.

Many fans wonder if Moonshiners is real with questions surrounding how the reality series cast members or producers have not been arrested yet.

Was special Agent Jesse tricked into being on the show?

Devote viewers of Moonshiners would recall the controversial show featured a special agent who worked for the Virginia ABC Bureau in season one. Now, why would a special agent associate themselves with a show that supposedly promotes illegal activity?

It turns out Jesse, who barely interacted with the show’s stars Tim or Tickle, didn’t know what he signed up for.

Once Jesse’s episodes were aired for viewers to see – and it soon became clear that the reality show is about illegal moonshining, the Virginia department expressed disappointment for not being told the entire truth of the show’s content.

In an email to the Associated Press, Virginia Department of Alcoholic Beverage spokeswoman Kathleen Shaw said, “Virginia ABC agreed to participate in an informative piece that documents the history of moonshine and moonshine investigations in Virginia.

Virginia ABC did not participate nor was aware of the false depiction of moonshine manufacturing, distribution, and/or transportation in the filming, and would not have participated in the ‘documentary’ had it known of this portrayal.”

While the show is fake to a large extent, there is nothing illegal about the Discovery Channel’s, Moonshiners.

Firstly, Tim, the show’s original cast member, is a licensed moonshiner. Though he may have started the show ducking from law enforcement, he now has no reason to hide his moonshining.

According to Screenrants, Tim was granted a license by Virginia Bureau to produce his brand called Climax Moonshine.

Tim’s Moonshine is available for order online on the ABC website and in stores nationwide.

In addition, Tim isn’t the only cast member to have his liquor production activity licensed. According to Life & Style Magazine, Tickle is also a licensed moonshiner.

So, if Tim and Tickle managed to evade punishment, there is a possibility their fellow cast members are also legal moonshiners, making the show a bit deceiving.

Another reason why we believe the show misled viewers was when concerned residents complained to the Virginia Department of Alcoholic Beverages about the illegal production of alcohol.

The department assured residents that they had everything under control.

Fox News reported that in response to complaints, spokeswoman Kathleen Shaw stated, “If an illegal activity was actually taking place, the Virginia ABC Bureau of Law Enforcement would have taken action,” clearly alerting viewers to the fact that the show isn’t as authentic as it seems.

Has anyone been arrested on the show?

Though cast members have not been arrested for showcasing their moonshine activity on-screen, several have spent a considerable amount of time behind bars, both relating to and unrelated to moonshine production.

The first to reportedly have been arrested was Popcorn Sutton, a famous moonshiner whose clips occasionally appeared on the hit reality series.

For decades Sutton evaded the law. However, an encounter with an undercover law enforcement officer brought his days of dodging severe consequences to an end.

In 2008, Popcorn told an undercover cop he had nine hundred gallons of moonshine whiskey stacked away and ready to be sold. The undercover cop seized this opportunity to have Popcorn arrested.

In March 2008, after pleading guilty to charges against him, he was sentenced to 18 months behind bars for illegally distilling spirits and being in the possession of a handgun.

Sadly, Sutton never served his sentence as he killed himself allegedly over the thought of spending time behind bars.

Another cast member who was arrested is Chicco. Not related to moonshining, Chicco was arrested for a DUI in Knott County. He allegedly failed a field sobriety test after driving his vehicle to a crowd – forcing officers to arrest the moonshine cast member.

Unfortunately, Chicco did not receive a sentence, as his lawyers could get the courts to issue him a fine and court costs.

On the other hand, Tickle has not been as fortunate when it comes to dodging cops.

Reports claim Tickle, who’s spent time behind bars at least three times, was arrested for public intoxication, then for being in possession of a handgun, and then again for probation violation after he admitted to using drugs. Tickle just recently served another sentence for unknown reasons.

Although the show does feature real unquestionable footage of moonshining, cast members of Moonshiners may very all be authorized to make Moonshine – with producers still playing along with the show’s initial narrative of airing illegal activity.