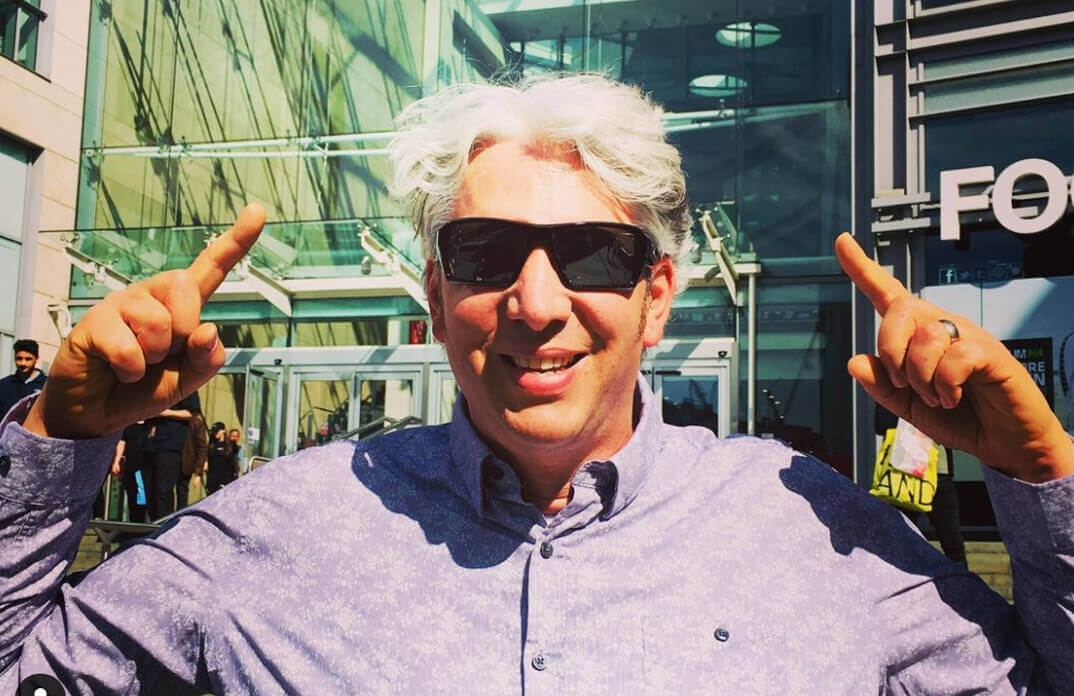 There is nothing unusual to see stars walk away from the shows that made them famous – but when their identity is so ingrained to the shows that they once graced, the void it leaves in fan’s hearts is often too much to bear.

One such star with that kind of impact was longtime Wheeler Dealers mechanic Edd China. Deemed an English treasure, the mechanic and host’s departure from the automotive television show left many fans sad and curious about what led to his big decision.

While the star had a considerable explanation for his departure – let us take a look at why Edd China left Wheeler Dealers so you can be the final judge.

Who is Edd China from Wheeler Dealers?

Experienced car mechanic Edd China is best known for the British television series Wheeler Dealers. On the show, China and expert car dealer Mike Brewer took on a motoring mission to find and restore iconic cars and sell them for profit at a Los Angeles-based car shop.

While Mike fronted the show, it gained popularity for its in-depth coverage of workshop time with Edd, who tackled all things mechanical, from bare metal re-sprays to gearbox swaps.

Unfortunately, after 13 years, Edd China left the show without saying much. His longtime co-host and friend, who called him a traitor on Twitter, obviously was not too pleased, and as mentioned, fans were sad to see him go.

So why did Edd China leave Wheeler Dealers?

As Edd’s abrupt exit on Wheeler Dealers left his fans sad and concerned, Edd took to his youtube channel to clear out his reasons for leaving the show.

In a 4 minute long video, Wheeler Dealers’ Edd took viewers through a short trip down memory lane, recalling how the show started and expressing his appreciation for centering the show from its start till thirteen years later.

In the video, Edd said,

“Yes, I am afraid it is true, and I am really sorry. After thirteen years of making Wheelers Dealers now, I am leaving Wheelers dealers.”‘

He then appraised the show, “Wheeler Dealers is a great car show and had millions of viewers across the globe with only growing numbers.”

Edd China added, “Making the show is no easy task and requires a dedicated number of people.

Wheeler Dealers, which started in a niche channel in the UK, was founded by Michael Wood, Dan Allum, and Attaboy TV.

He commented on the team’s expansion over thirteen years. “It was exactly the worldwide popularity and sheer size of audience coupled with lack of brand endorsements and product placements within the show that the Discovery Channel and Velocity teams saw an opportunity to further exploitation of the brand.“

According to China, Discovery Channel and Velocity Network decided to replace Attaboy TV (then the production company) with Discovery Studios in California. To the beloved mechanic, the move was the start of his dissatisfaction. New producers felt it was hard to maintain the current formatting of the show.

According to China, Velocity Network disapproved the accustomed in-depth coverage of Edd’s workshop jobs and sought to reduce it to save considerable production time, effort, and money.

After what felt like a long explanation, Edd finally revealed he left the show to maintain his integrity as the corners he was asked to cut impacted his ethics. His mission and that of Wheeler Dealers’ new ownership no longer aligned, and he concluded he’d “let velocity get on it without me.”

While some might applaud the star for not accepting to compromise the show’s standards for new producers Velocity network, a few critics saw a man not taking too kindly to change.

Despite the reason behind his departure or the reaction thereof, it is undeniable that fans appreciated the charming mechanic’s presence on the show.

Having lived in Britain before, Ant moved his entire life to Southern California for the show, and to his delight, married a Californian, Christina Anstead.

The fantastic mechanic who jelled well with the show quickly became a fan favorite. However, in an interview with Drive Tribe, he revealed that he initially felt pressured as critics would always be there to condemn even the smallest of things despite a great show.

Unfortunately, after three seasons on Wheeler Dealers, Ant Anstead exited the show. In what looked like a rough year for the new Wheeler Dealers mechanic, fans assumed his departure from the show was due to his divorce from Christina Anstead (now Haack).

However, Car Throttle believes his decision to withdraw from the show might involve the fact that Anthony Richard Anstead, who is pretty much now based in the US, decided to remain there following the famous television show’s decision to return to filming in the UK after its 16th season.

Wheeler Dealers replaced the charming mechanic, Ant, with no stranger to the show Marc “Elvis” Priestley, a former Mclaren formula one mechanic turned automotive television host. While it might be too early to make a call on his impact on the entertaining program, Priestly has seemingly fit in the show and with his co-hosts quite well.