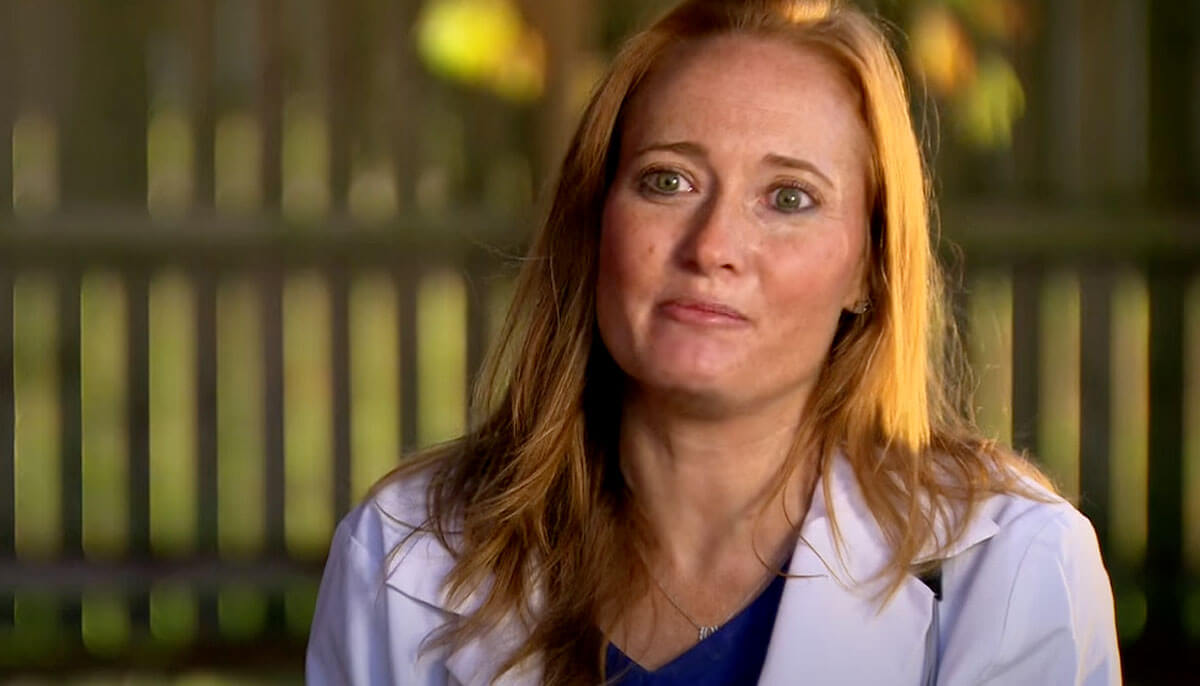 When Tia Maria Torres, her family, and her dogs moved from California to Louisiana, New Orleans, they were literally starting from scratch at their new home.

Dr. Kristen was among the many wonderful people who welcomed Villalobos Rescue Center, taking them into the fold and standing in as the go-to animal hospital for the dogs.

The doc and her team were extremely helpful and great with the dogs; they were a delight to watch. But, after a while, Animal Planet stopped featuring Dr. Kirsten on Pitbulls and Parolees; yet, she had become part of the Villalobos family, so fans definitely noticed her absence.

If you’ve been curious about what happened to her, here is why Dr. Kristen is not on Pitbulls and Parolees anymore.

What Happened to Dr. Kristen On Pitbulls and Parolees?

Dr. Kristen was the resident doctor in Pitbulls and Parolees. She and her team did a wonderful job treating, operating on, and caring for the unwell dogs from the Villalobos animal shelter.

The funny, outgoing, and smart veterinarian is the owner of Cypress Lake Animal Hospital. The last time we saw Dr. Kristen was when her hospital in New Orleans was completely flooded. The Villalobos family helped rescue the dogs trapped in the hospital and whatever else they could salvage.

After that, we saw Tia Torres start to take the dogs to a different veterinary clinic, and another vet seemed to have replaced Dr. Kristen on the show for good.

After a bit of fact-checking, we discovered that Cypress Lake Animal Hospital still exists, and Kristen is still the owner. Most of her old staff we saw on Pitbulls and Parolees still work at the hospital too.

Dr. Kristen is not on Pit bulls & Parolees because Tia Torres possibly stopped taking the dogs, instead taking them to a new vet.

The other explanation could be that Torres still takes some dogs to the Cypress Lake Animal Hospital and some to a different hospital closer to the rescue center.

Neither Animal Planet nor Villalobos addressed the real reason for no longer featuring Dr. Kristen on the reality tv series.

The rescue center in New Orleans has two locations– one in the city and another in the country. None of these locations is conveniently located close to Cypress Lake Animal Hospital.

Initially, when Torres had just moved to Louisiana, they settled in the city where they set up the rescue center. Later, Villalobos opened a new location in the country, and Dr. Kristen and her team would drive all the way from Cypress Lake to Assumption Parish, the animal shelter’s country location, to care for and treat the dogs.

It could be that Villalobos and Dr. Kristen agreed that driving up all the way is a bit taxing, and it would be best if the dogs went to a nearby vet.

The doc and her team were excellent, but there is no denying that making trips to the country can be demanding, considering the doctor also needs to attend to other unwell dogs brought into her clinic.

If Tia Torress found another trusty vet closer to the rescue facility at an affordable rate, then it would be a no-brainer to go on with this new vet and save Dr. Kristen the trouble of traveling up whenever one of the pit bull dogs was sick.

There is no doubt that both Tia and Kristen are good people and are doing really good work with a positive impact on society.

Some fans wondered whether there was bad blood between the two ladies, resulting in their parting ways.

We never saw any tension between Kristen and Tia on Pitbulls and Parolees; the two worked well together. In addition to treating individual owners’ dogs, Dr. Kristen also works with other rescue facilities.

A quick look at Cypress Lake’s Facebook pages shows that Villalobos, Tia, Kristen, and the entire family all like each other’s page. This indicates that the hospital and rescue center are all on good terms, and they parted ways amicably, albeit for reasons unknown to their enthusiastic fans.

In July 2021, Tia Torres announced that Villalobos would move from its old facility to a new one. They had stayed at the old place for ten years since coming to New Orleans.

“We endured flooding, broken electrical and water lines, and noisy traffic from the overhead bridge. But, this old building is sentimental because it was the only one that would take us in when we left California and a place we’d live with our dogs,” said Dr. Torres in a Facebook post.

Villalobos does not own the building, so Tia and her family could not do the needed upgrades to accommodate all their dogs. Eventually, they decided to move elsewhere but still within the beautiful city of New Orleans.

The project, christened “The Kingdom of VRC,” is bigger, and the landlord is supper supportive of Tia’s plans, which include setting up a food truck, retail shop, and a film studio.

“We plan to make this new home a Doggie Disney, where our fans and supporters can get through the gates and spend all day with the dogs,” the famous animal rescuer said.

Villalobos is also looking to offer VIP membership access to the facility during off hours, allowing fans to watch the family film and even volunteer to care for the dogs.

When posting the announcement, Villalobos had already started the moving process and was at the construction stage. Torres said their supportive landlords are keen on seeing them achieve their dream.

Villalobos Rescue Center has set up a new facility in Texas! What started as a rescue mission turned out into Tia Torres wanting to buy the land to set up a sanctuary for canines and people.

Eventually, Torress acquired the land in Athens, Texas. The property needed a lot of work, but they cleaned it up through teamwork, and business began at the Villalobos Rescue Center.

So, Dr. Kristen is no longer on Pitbulls and Parolees, probably because of the added logistics of bringing the dogs down to her Cypress Lake Animal Hospital. It could be that Tia found a vet closer to home, which totally makes sense and is a win-win for everyone!