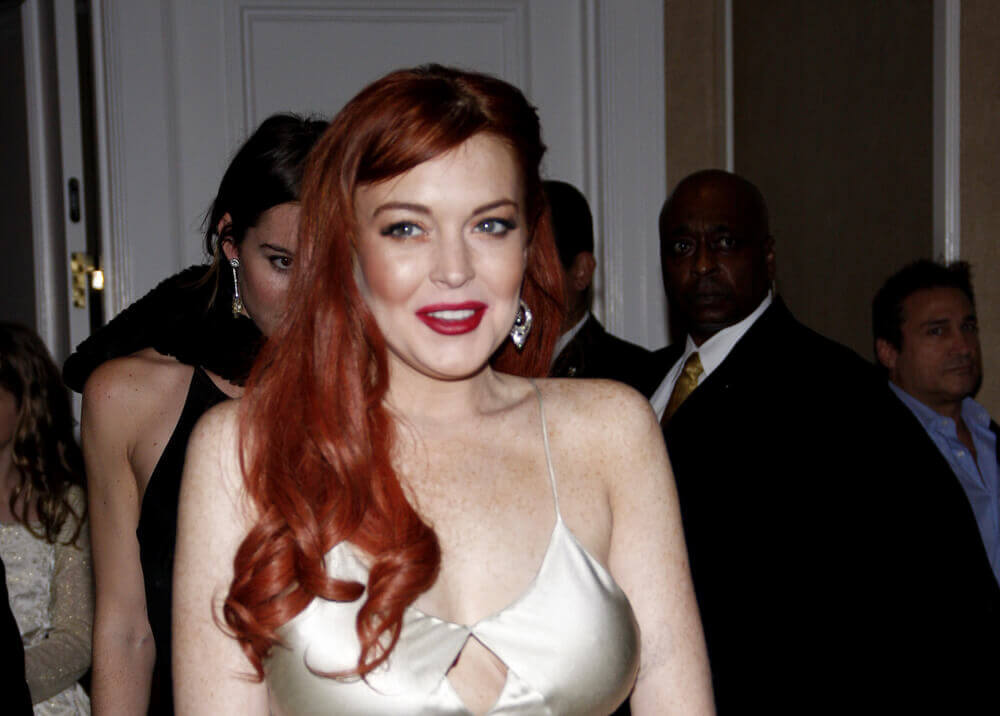 Thrust into the spotlight when they were barely teenagers, many have walked the path of Disney fame only to end up battling demons, despite their clean image.

The pressure of the spotlight has often proven too much for some of Disney’s best exports, whether it be Manslaughter charges, suicide, or a tragic Amanda Bynes Twitter meltdown.

The notion that Disney Channel’s favorite stars take a turn for the worse has been called the “Disney curse.” Maybe it’s because of the exposure to Hollywood’s fame factory these stars have at a very young age.

As their fame fades, they have to cope and build a new, more “adult” image; they start acting out.

Psychologists most often cite these reasons, but some YouTube conspirators offer alternate explanations for the public meltdowns.

It’s been a popular theory that these stars act out to escape onerous Disney contracts, which poses the question of what really goes on behind the scenes at Disney.

Regardless of the reason, public breakdowns and battles with addiction raise essential questions about the ethics of child stardom.

Without further ado, here is our list of former Disney child stars who had at least one stint in rehab.

Once a popular member of The Mickey Mouse Club alongside Justin Timberlake, Britney is now best known for being one of the ultimate but tragic pop sensations.

When Britney split from Kevin Federline in 2007, she endured a public meltdown that saw her shave her head and move into a rehab facility.

Britney’s last remnants of childhood innocence were shaved off along with her hair. “She wanted to raise a family and find pleasure in the little things. She needed an escape from her celebrity existence.”, a friend told E! news.

Britney was soon out and about again, alongside other troubled pals such as Paris Hilton or Lindsey Lohan.

However, desperation and being cut off from seeing her children proved to be too much, and she was ultimately carried out of her home on a stretcher and hospitalized on her mother’s order.

Later, her father Jamie has been granted the legal right to oversee and make decisions about Britney’s finances, health, business, and personal life, which he managed until 2019.

Her struggles in the limelight have been documented in the movie “Framing Britney,” and her fans’ efforts to free her from her father’s conservatorship sparked the “Free Britney” movement.

Shia Labeouf was another one of our Disney Stars that went to rehab. Even though he was famous for numerous acting roles, he first shot to stardom as the Disney show Even Stevens’s mischievous older brother.

After starring in the Transformers movies, he joined Hollywood royalty, but he struggled with alcohol abuse from the start.

Tensions after being arrested led to anger issues, and he entered rehab for alcohol addiction treatment. it Is believed he is now sober.

The actor has since talked about the pressures he felt after Even Stevens and how he believed that money would help to strengthen his parents’ rocky relationship.

He also discovered that his drinking was the result of trying to cope with childhood PTSD.

Labeouf still has work to do, but he recently realized he’d need treatment for both his mental health and his drinking, and he’s been on the long path to recovery since.

Even though this Disney star played the lead role in High School Musical and quickly rose to stardom, he abused drugs and fell out of control behind the scenes.

Despite growing stardom, Efron eventually realized he had a problem and went to rehab for cocaine and alcohol addiction in 2013.

He regained his sobriety and got back into the movie business.

Unfortunately, his role in the comedy Neighbors led to his relapse, but he went back into treatment and has been sober since.

Demi Lovato was one of many Disney Channel stars to get help for mental health issues and drug addiction. She started her career with a bang before spiraling out of control.

Since 2010 she has been open and transparent about her struggles, including an opioid overdose that nearly ended her life.

She went back for a second time in rehab to regain control of her drug abuse problem once more and moved out of the spotlight so she could focus on her mental health and sobriety.

She recently made her comeback with a powerful performance at the Grammys in which she debuted her new song “Anyone,” written shortly after she overdosed.

A week later, she sang the national anthem at Super Bowl LIV and said she is ready to tell the rest of her story and get back in the limelight.

Selena Gomez was a recognizable face from Disney’s Wizards of Waverly Place and Princess Protection Program.

As she grew up, she didn’t have it easy either.

Gomez spent two weeks in a rehabilitation facility back in early 2014 at a facility that specialized in treating young people with addiction and trauma issues.

Her representative later disclosed Lupus, an autoimmune disease, had caused the celebrity to enter rehab for chemotherapy.

Radar Online previously reported that Selena also had other health problems when she checked into the facility.

She was also reportedly experimenting with prescription drugs, including Xanax and Ambien, and ended up in rehab in September 2016, following a high-profile spat with former flame Justin Bieber.

Today, Gomez practices meditation to keep her demons in check.

Starring in That’s So Raven as Eddie, Brown was a big hit on the Disney screen but struggled with mental illness and substance abuse, later encountering severe run-ins with the law.

He was arrested for drug possession charges and even had bench warrants issued on his head.

Apparently, the TV star friends staged an intervention to force him to go into rehab to get help. We can only hope that his time in recovery helped to turn his life around.

As one of the Disney stars that went downhill, Lindsey Lohan probably had the most tabloid coverage of them all. Lindsey Lohan made a name for herself in the Disney remake of The Parent Trap, playing a twin.

The redhead’s fame continued to grow when she appeared in other Disney films, such as Freaky Friday and Herbie: Fully Loaded.

Eventually, Mean Girls skyrocketed her to Hollywood’s A-list, but it proved too much for her to deal with.

Lohan struggled with substance abuse and poor mental health and had run-ins with the law over the years, including DUI and drug possession.

Though Lohan has gone to rehab several times, it never seemed to stick. Despite repeating rehab sessions, she continued to violate probation and fail drug tests. In recent years, she has been spotted vaping only – maybe a sign that her most rebellious years are over?

Miley Cyrus of today is not the innocent 13-year-old she was when she starred on the Disney channel.

Miley dropped her Disney icon status for good when she moved to being hyper-sexualized. However, regardless of her superior image and performance, Miley has been outspoken on childhood fame’s lasting effects.

“It’s a lot to put on a kid: to have them have to get their makeup done and then also balance school and then also have me dress up in a wig,”

Miley recounted that it was hard for her to be famous as both Hannah Montana and herself and a singer in her own right. Her Hannah Montana role earned her a huge following when she was still a kid.

“I think that’s probably what’s a little bit wrong with me now,” she noted. “I mark that up to doing some extreme damage in my psyche as an adult person.”

Twelve-hour days became the norm while filming, and as a child, she was affected by anxiety attacks and nausea due to that continued strain.