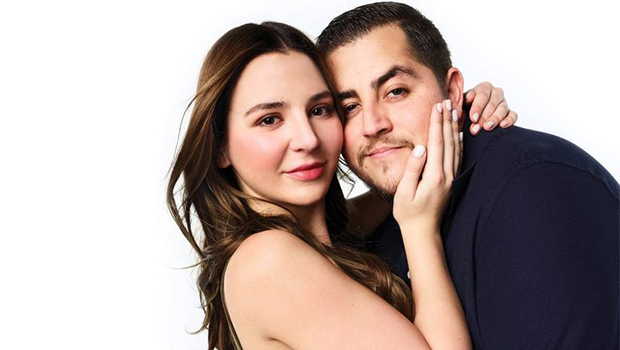 Season 4 of hit reality TV show 90 Day Fiancé was arguably among the most memorable. What with the explosive fights, couple pairings that seemed a bit odd (looking at you Nicole and Azan), family feuds, and just a load of endless drama.

It’s hard to forget Jorge Nava and his model girlfriend Anfisa, their epic tiff over a $10,000 handbag, and of course Jorge’s eventual incarceration that turned out to be a game-changer. So why did Jorge go to prison?

As the story goes, Jorge and his gorgeous babe Anfisa met on Facebook and the rest, as they say, is history. Anfisa Arkhipchenko is originally from Russia while Jorge is a Riverside, California native. On the TLC show, we are not told what Jorge’s nationality is but we did a little bit of digging around and found that the surname Nava is Spanish. Going with that, our best bet is that this star’s family roots are Española.

So, Why Was Jorge In Prison?

Long after Jorge and Anfisa left the show, fans of 90 Day Fiancé got wind that the Nava had been sentenced to jail. He was arrested in February 2018 in Arizona for possession of marijuana and intent to sell the drug. After pleading guilty and accepting a plea deal, he began serving his two and a half year term in September 2018.

Nava was allegedly pulled over and police nabbed him after discovering close to 300 pounds of weed in the car he had rented. This was not the first time the 31-year-old had had a brush with the law—before this incident, he had already been convicted twice for growing marijuana.

In an interview following his arrest, the TLC star said that he was looking at a 20+-year jail term. Fortunately, his lawyer worked out a plea deal that lowered his charges from a class 2 to a class 4 felony.

Jorge was supposed to leave prison in August 2020 but he surprised fans with an early release on May 13, 2020. The TV personality is currently under community supervision after serving a total of 27 months in jail, just three months shy of his initial sentence.

In an Instagram post captioned ‘The sky is the limit #freedom,’ Jorge is seen leaning against a swanky sports car and had exchanged his orange prison regalia for a pair of jeans and a crisp Lacoste white t-shirt.

What Happened To Jorge Nava In Prison?

Jorge entered prison as a visibly chunky if not overweight man weighing about 319 pounds. Although he admitted that prison was a lonely place, it seems like something good in the form of a very impressive weight loss journey came out of this experience.

In November 2019, the Arizona Department of Corrections released an inmate photo of the TV personality, and fans were stunned, to say the least, by how much weight he had lost and his subsequent good looks. Nava later revealed that he had lost as much as 125 pounds after taking up an intensive military-inspired workout routine.

He said while in prison, he didn’t have access to fast foods, and his diet mainly consisted of peanut butter and oatmeal, which helped him trim off the extra weight he’d been carrying around. He also credits his newly-found healthy lifestyle to a former prison mate who coached and motivated him to work out.

As you might recall, Jorge’s life seemed to have a lot of drama. Not only has he had issues with the law due to his marijuana dealings, but his relationship with Anfisa also didn’t bring out the best of either of these two. Looks like it took him going to prison to really think about his life and how to get it in order.

Just a week after leaving prison, he wrote an inspirational post describing his journey toward self-discovery. He said, “There was a point during my prison sentence when I had lost hope…then I started reading motivational books and it changed my perspective on life forever.”

He further quipped that after seeing how drastically his health had improved, he began using the self-help techniques he had learned to improve other areas of his life.

How Did Jorge Nava Lose So Much Weight?

Other than his split from wife Anfisa, the one thing we can’t get over is Nava’s amazing weight loss. Dude reportedly weighs a neat 190 pounds down from a bulky 318 pounds. He said he did a lot of cardio, weight lifting, and healthy eating, which clearly paid off.

Regarding his physical (and mental?) transformation, he said on social media, “The journey to success isn’t easy but the lessons we learn from failure only prepare you for what awaits you. There is no time for excuses.” Whew! This guy is definitely on a roll and will likely achieve great things if he continues this way!

Another decision Jorge made was to file for divorce from his Russian babe soon as he got out of freedom. Well, their relationship was already on the rocks way before he was incarcerated but him going to jail sealed the deal for them.

What’s Jorge Planning To Do After Prison?

Nava was definitely a fan fave and it looks like he intends to ride on his fame for as long as he can. For one, going by a recent social media post, chances are good that he might launch a vlog documenting his experience but he also seems to be eyeing collaborations with clothing brands such as #calvinklein and #kilostoparis.

Surprisingly, it is reported that the TLC star wants to go back to making a living cultivating medicinal marijuana. Yep! This is the very thing that landed him in prison in Arizona, but he says he wants to give it another shot in California where medical weed was legalized.

Is Jorge Still With His Wife?

Anfisa and Jorge were probably the couple that excited fans the most on the fourth season of 90 Day Fiancé. That they ended up getting married was a complete shock given their tumultuous relationship. Anyway, when Jorge went to prison, he tried to maintain a relationship with his wife but two months into his sentence, Anfisa had had enough and wanted out.

During his time in prison, the couple did keep in touch for a while but in November 2019, Anfisa blocked Jorge’s phone calls and what was left of their relationship went downhill.

Nava vowed to file for divorce after his release after finding out from the internet that his wife had moved on with a new boyfriend. Anfisa still retains her Nava surname but she and her estranged husband are definitely not together.

Some Fiancé couples make it work, while others, like Danielle and Mohammed, arent’ meant to be together.