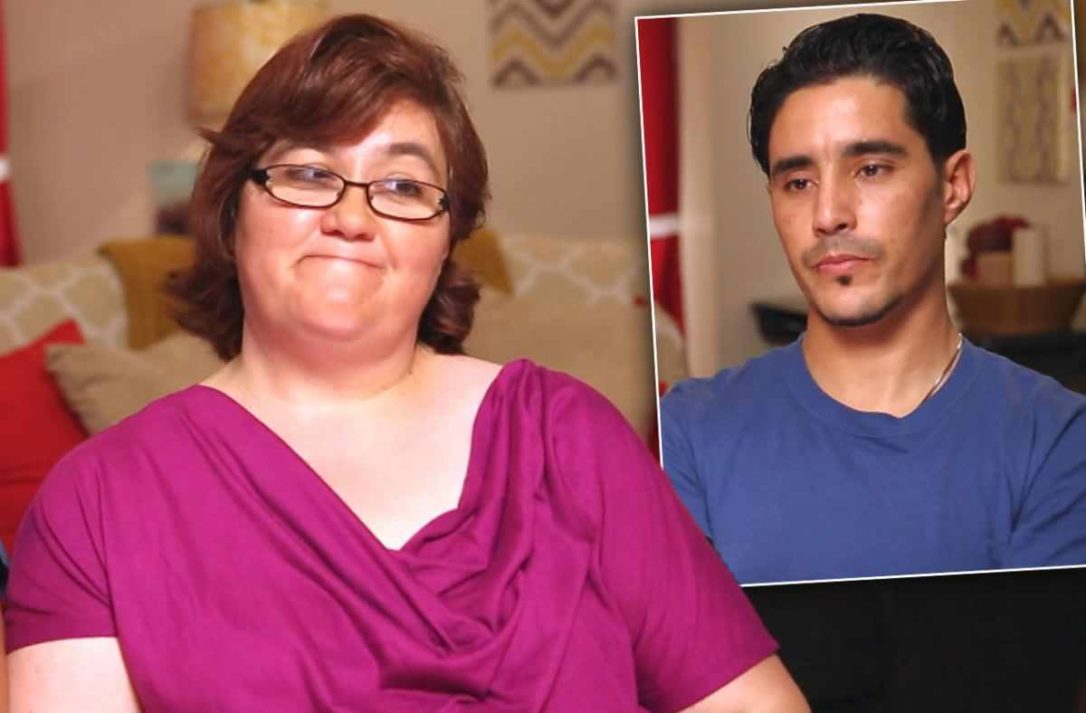 Danielle Jbali (formerly Mullins) and Mohammed Jbali are cast members of the TLC’s 90-Day Fiancé show. The two made their debut on the second season of the series in 2014 and then 90-Day Fiancé: Happily Ever After three years later. Their marriage that lasted less than three years was rocky and full of drama, which seems to be a common pattern for some of the couples, while other relationships prevail.

Fans have a hard time remembering any good times throughout the entire relationship. From cheating accusations to lies and a nasty divorce, the couple went through it all. Cops had to be involved in the relationship multiple times.

Danielle met Tunisia-native Mohammed in a virtual chatroom. Back then, Mohammed (26 at the time) lived in Tunisia and Danielle (41), Sandusky Ohio. Five months later, the pair had gotten married.

Even before exchanging the vows, their relationship was clearly headed for the rocks. The 90-day engagement was horrible to say the least. Because they didn’t know each other previously, Danielle and Mohammed found things about each other that changed the course of their lives.

During their engagement, Danielle found out that her fiancé’s claims of having a job were not true. On the other hand, Mohammed realized that his soon-to-be wife had major financial troubles. You’d think that this is enough reason to call off a wedding or at the very least hold it off till later but this couple thought otherwise.

Before Mohammed’s 90-day visa expired, the pair went ahead to tie the knot. Soon after the wedding, the Jbali’s experienced even harder times. At one point, Mohammed called cops on his wife claiming she’s opened a bank account using his details without telling him.

Further, he said that Danielle had stolen money from him and destroyed his clothes. Mohammed too accused her husband of cheating on her. When he went missing, she tried to have her marriage annulled. Mohammed talked her out of it and she asked for a divorce instead. By 2017, the divorce had been finalized and the two are now living separate lives. According to E! News, Mohammed was allowed to live in the United States.

What is wrong with Danielle?

In the 90 Day Fiance: Happily Ever After reunion, Mohammed revealed that he wasn’t attracted to his wife. This was not surprising as he had declined to kiss her at the altar during their wedding in 2014.

He went on to say that Danielle had hygiene issues and that she even used to pee on him. This is why he stopped intimacy with her. Mohammed actually insinuated that Danielle had a medical condition that she needed to see a doctor for.

“Of course I won’t have sex with someone like Danielle.” He said at the reunion before turning to look at Danielle.

Danielle responded to this via her Facebook page saying she doesn’t have such problems. She told her fans that she showers every day but was experiencing a few menstrual issues at the time. The 47-year old told her fans that the smell emanating from her legs is not as a result of hygiene.

“I work in the medical field and have to shower on a daily basis. However, this line of work is unpredictable and messy. Anyone can bring all sorts of smells and dirt home via their uniform.” she wrote this on her page.

Danielle went on to say that she was indeed having issues with her periods when she was married to Jbali, a fact he had revealed to her husband. The star claims that Mohammed had actually come with her to the doctor to have the biopsy taken. She later also revealed that she had undergone a surgical procedure and her daughter was aware of it.

Danielle and Mohammed might have had a bitter relationship but the two are now friends. Well, at least they are working towards building the friendship. After three years of not speaking to each other, Mohammed made contact and since then, the two have been chatting here and there.

She said to US Weekly, “Mohammed and I haven’t met in three years. He finally reached out a month ago and since then we have been in communication.”

Danielle said that she’s completely forgiven Mohammed for hurting her. The two are now building a friendship. In case you are wondering whether the two plan of rekindling the romance they once shared, don’t hold your breath. Danielle has clearly moved on according to her sentiments on 90-Day Fiance: Self-Quarantined.

Danielle and Mohammed Jbali’s relationship was one of the most dramatic among all the couples of the 90-Day Fiance show. They fought each other in court, tainted each other’s image on national TV, accused each other, you name it. Thankfully, both parties seem to be doing fine on their own now. We definitely hope for the best for both of them.

While this tumultuous couple somehow found common ground, the same can not be said about other couples. Take, for example, Jorge. His jail term was the final nail in the coffin of his relationship to Anfisa. Find out what she does now.