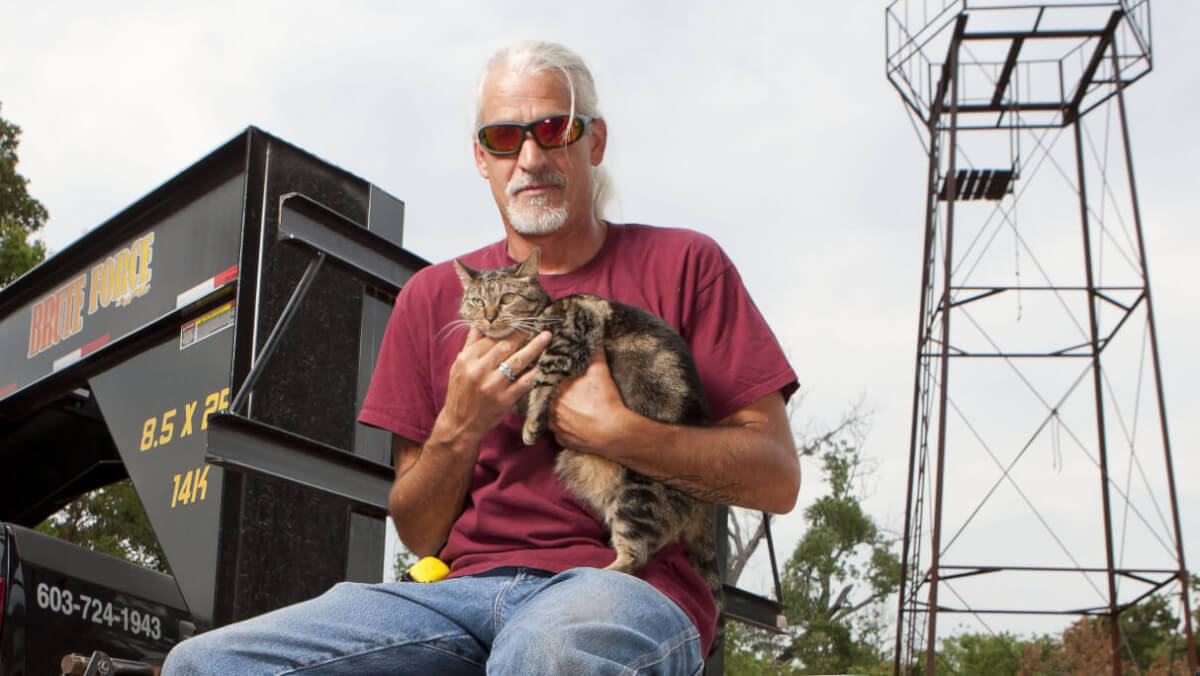 A&E’s Shipping Wars featuring a trucking company competing for business against other independent shipping companies has been off-air for five years now.

The last episode aired in 2015, but for some reason, the buzz created by the show is still huge today.

Blame it on the re-runs that are dragging viewers into the drama all over again. No doubt, the show is special in its own rights.

Usually, the idea of bidding on storage lockers is frankly absurd and boring.

However, when you make it a competition where people have something to look forward to, you have yourself a compelling reality show.

This is what the reality show producers capitalized on and turned the limelight to independent shipping trucks instead.

Shipping Wars helped make a dozen truckers, both men and women, household names with their smart strategies for bidding on high-value shipping jobs.

The glue that held Shipping Wars together was the internet shipping broker uShip, in which independent truckers were matched with clients who needed their services.

There is a lot to unpack about this show, and you certainly go ahead and read up about the secrets of Shipping Wars for insider knowledge.

For now, we will focus on what happened to Roy Garber, one of the staple truckers of this popular show.

Who is Roy Garber?

One of the breakout characters on Shipping Wars was certainly Roy Garber and, of course, his adorable cat Muffy. This is your typical ‘know-it-all-kind-of-guy.’

Admittedly, the breakout star appeared to know pretty much all there’s to know about life (well, at least most of it). From catching alligators to performing TIG welding, Roy could do it all.

He also made a name for himself in the field of shipping for transporting unusual items across the states.

According to the A&E website, Roy was experienced in everything and hadn’t come across any circumstance he couldn’t handle (and would tell you so).

The father of one brought up his boy Travis for 18 years single-handedly. As a successful businessman in the transport industry,

In his spare time, when he is not doing his full-time job or spending his time shipping, Roy enjoyed fishing and scuba diving in deep waters.

Occasionally, the avid fisherman, along with his son, would travel to the Gulf Coast in search of the largest sharks he could find.

His beautiful cat, Muffy, who traveled with him on almost all his trips across the country, made for good entertainment as well and got a fair share of her owner’s fame.

What happened to him?

If you followed Shipping Wars closely, you might have noticed that Roy Garber was not on in the show’s last two seasons. Unfortunately, the star met his death on January 17, 2014, following a heart attack at age 49.

TMZ broke the news that the TV personality had suffered a major heart attack that killed him. At the time of his death, the Garber was 41 years old. The show’s production company gave the following statement to let fans know of what had gone down:

“We are deeply grieved by the passing on of one of our cast members here at the A&E family. Our love is with Roy’s family and friends during this trying time. He will surely be missed.”

Even uShip, the trucking auction house from the show, posted its own tribute video for the trucker.

All this goes to show the camaraderie between people in the shipping business.

His girlfriend spoke to TMZ after his death. According to her, it wasn’t the first time the transporting specialist had suffered a heart attack. The doctor had told him to be intentional about taking care of his body to put his heart condition under control.

The reality TV personality had been instructed to do the usual: work out and eat clean. However, with easy access to unhealthy foods in the trucks and everywhere else, sticking to such a diet can be a nightmare.

Eventually, the reality TV star paid a huge price for neglecting his doctor’s orders, and his plans for Shipping Wars production ideas were shelved following his massive heart attack.

Fans of the reality series have been pouring messages of condolences since the passing of the talented businessman.

It’s been a long time already, but many still write on A&E’s social media pages to send their love and prayers to Roy’s family in memory of that difficult time.

After a re-run of some episodes, one viewer said, “I just want to say that I liked watching Shipping Wars mainly because of Roy. May the Lord bless him.”

Another one said, “I really loved watching you on the reality show. My spouse is a Texas native, and he always concurred with your style of trucking. You will be deeply missed.”

Some of Roy’s fans even went a step further to inquire about Muffy. Once the initial shock of the star’s death wore off, people began asking the whereabouts of Muffy.

Although the female truckers did make heads turn with their skimpy outfits, Muffy, the cute female cat, effortlessly stole the show.

She was always by Roy’s side, and he didn’t enjoy doing long travels without her.

After the passing of the reality TV celebrity, TMZ and other media houses took it upon themselves to update Roy’s fans on Muffy’s status.

It turns out the cat had been moved to New Hampshire, where Garber’s mother resided.

The home had other pets, so Muffy would be happy there.

As soon as fans of Shipping Wars and Gaber were letting go of the Muffy situation, new reports claiming that the cat had been stolen by one of Roy’s estranged relatives surfaced.

The news coming out of the Arbie’s Team Transport Facebook page said that Muffy had been taken without permission and that she hadn’t been returned to Garber’s mom. No other update had since been given on Muffy’s well-being. We sure hope she’s okay.

Roy was a hardworking, delightful, and skilled cast of the Shipping Wars family and a much-loved member of the independent trucking industry. He made the show so entertaining to watch.

Lucky for his fans, he filmed as many episodes of Shipping Wars as he could before making his untimely exit from the earth.

You can always catch the popular character on one of the show’s re-run episodes.

You will also be able to catch up with other popular stars of the show, including Robbie and Chris, who are also doing great things such as modeling for various websites and trucking magazines.