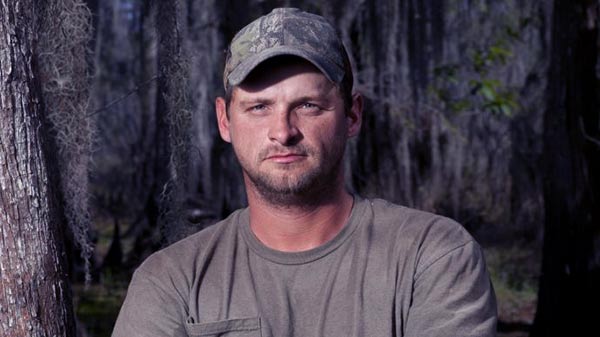 Most of us shudder at the thought of hunting alligators for a living.

It is just too laborious, uncommon, and oh so risky. The danger is always lurking around the corner. This specific reason is what makes History’s Swamp People a highly-rated and beloved reality show.

Cameras follow a bunch of people as they hunt fish, alligators, and other animals in a South Louisiana swamp called “Atchafalaya River Basin.” Considered to be one of America’s Last Frontiers, daily life there seems exciting, adventurous, and fun.

The natives pride themselves in being of French-Canadian descend and follow the way of life of their ancestors. The show offers a close-up of a group of those natives as they explore the swamp and hunt game – primarily alligators.

One of the most notable stars from Swamp People is Junior Edwards. The guy knows all there is to know about hunting in the Atchafalaya River Basin’s dangerous waters.

He’s been around since the pilot episode of the series, which premiered in 2010 and is still going strong.

The show also features his family—wife (Teresa) and two sons (Randy and Willie Edwards). They come together as a family and work hard to cull as many alligators as possible during the 30-day alligator season.

Unfortunately, Randy’s life was cut short sooner much sooner than anyone could have predicted. Read on as we reveal the details.

The Louisiana State Police claimed to have received a 911 call which they responded to. They rushed out and found a horrible accident that had taken place a few minutes prior.

The police confirmed that Randy Edwards had been killed in the accident. It turns out that the TV star was driving his Chevrolet Silverado through highway 74 in the early morning hours when he misjudged a left turn.

His car veered off the road and hit a utility pole. The accident’s impact was so significant that Randy, alongside other passengers, was ejected as the vehicle rolled over. Reports claim that the Swamp People star sustained multiple injuries and sadly didn’t make it.

He was pronounced dead on the accident scene. He was only 35 years old when he passed away.

Randy’s passing was announced on Facebook by his family. Ronnie- Randy’s cousin, made the post via Junior and Teresa’s FB accounts.

“It is with the heaviness of heart that we announced that Randy, Willie’s brother, hunted his last alligator and breathed his last on September 15 at the age of 35. It is with a heavy heart that I make this social media post. Junior and Theresa’s beloved son, Randy Edwards, passed away in a motor accident early this morning. Please keep the entire Edwards family in your prayers. Also, respect our privacy during this trying time.” The post read.

According to the Louisiana Police, Randy might have been driving under the influence, but this was never stated publicly.

This is what the police had to say:
“A few minutes before 3 a.m. on September 15, 2018, the Louisiana State Police launched investigations on a single-vehicle on LA 75 south of LA 3066. The crash claimed the life of Randy Edwards, a 35-year-old man from Donaldsonville. The initial investigation revealed that Edwards got into the accident when driving southbound on LA in a 2002 Chevrolet Silverado as he failed to make the right left-turn. The vehicle traveled off the right side of the highway and hit a utility tolt. It then overturned after impact and threw Edwards outside.”

At the time of his death, Randy had already been on Swamp People for six seasons. He left behind a wife and three kids who also happen to be regulars on the show.

Randy is not the first cast member to have lost his life on Swamp People. Back in 2012, Mitchell Guest also bizarrely lost his life. He simply slipped and fell to his death while removing something from a boat.

At first, it was believed that Guest had succumbed to a stroke. However, after a post-mortem was conducted, it came to light that the cause of death was a heart attack. He was 47 at the time of his death.

Randy Edwards is terribly missed on Swamp People as the filming of the 12th season goes on.

He was really passionate about hunting fish and alligators. Many fans took to social media to express their condolences to the family.

A number claimed that Randy was a shining light in the show. That he and his family was the reason they fell in love with the reality series.

All this goes to show the kind of life Randy lived. He was rich materially and inspired many in more ways than one. Hopefully, his daughter and two sons will carry on and make him proud.