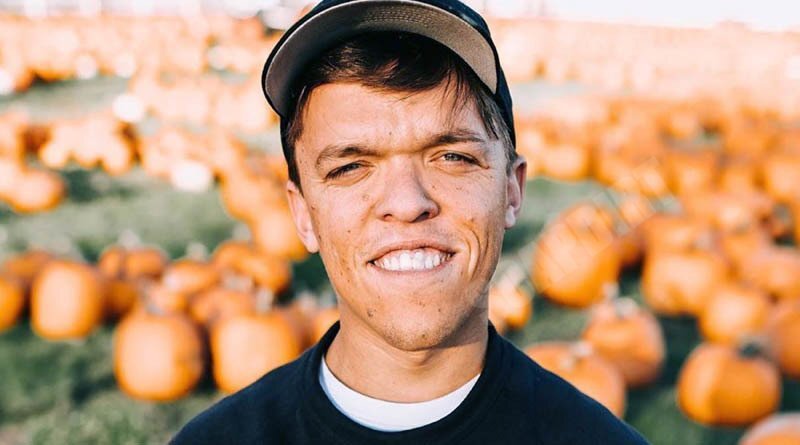 Reality TV shows are so enthralling because they make us believe that our lives and problems aren’t as bad as we may perceive them. Some shows hook us to the extent that we feel as if we actually know the stars that are featured.

If you are a fan of reality TV, there is a high probability that you have a soft spot for Little People, Big World. The show covers the life of Matt and Amy Roloff, two adorable little people with four amazing children.

Fans of the show love seeing the world through their lens, and there are a few favorite characters in the show that almost every fan can’t get enough of. For instance, Matt and Amy’s only child with dwarfism, Zach Roloff, is without a doubt a favorite for many viewers of the show.

In a past new season sneak peek, Zach opened up about a few health issues that he was experiencing as well as some serious financial problems that he had. His wife, Tori, also mentioned that their cash flow was next to nil!

Most of their fans were troubled by this admission and some still wonder whether appearing on Little People, Big World was helping the young family. As it turns out, both Zach and his wife have other jobs or ways of generating income besides filming. Here is what we know about what Zach Roloff does for a living.

Although Zach Roloff reportedly earned his Associate Degree from Portland Community College, he seems to make the majority of his income from the TLC series. While the exact amount that the LPBW star earns per episode is unknown, a reputable reality TV producer, Terrence Michael, once revealed that reality TV families take home about 10 percent of each episode’s budget. This means that if it costs $300,000 to film an episode, a family can earn $30,000. So, once LPBW earnings are split with other family members, Zach and his wife gets a few thousand dollars.

Since Zach also helps on the Roloff Farms, we don’t think he has too much time to take another job, which is why we believe that a majority of his income comes from the show. Besides, Zach has continued to appear on the show since he was 14 years old. In fact, he is the only child of the Roloffs who is still part of the series. His other siblings, Molly, Jeremy, and Jacob, no longer participate. This implies that Zach not only depends on the profits from his role but he is also getting a bigger payout now.

Zach is also an active tour guide for the Roloff farm’s Golden Pass Private Tours. During pumpkin season, Zach gives private tours of the farm, and while on the tour, the LPBW cast member also gives his fans a behind-the-scenes look of the farm. Zach also shares stories about some of the known landmarks around the farm. The tours cost $300 per ticket, so it is feasible that Zach stashes some good cash from this role as well.

If you are an ardent fan of LPBW, you probably already know that soccer has been Zach’s passion. He ran into some small hurdles with the sport in high school because his small physique made it a bit difficult for him to play with other players. However, he has persevered and made a name for himself in the Oregon soccer community.

Zach is a force to reckon with in the dwarf league. He played in the past Copa America Dwarf World Cup and he is credited for helping his team beat Great Britain in the finals of the 2013 World Dwarf Games.

Not only does the LPBW star play competitive soccer but he coaches it as well. He has been coaching in several youth leagues around Oregon. Over the past few years, Zach has also hosted several soccer fundraisers aimed at building awareness for the dwarf athletics.

While it is not clear whether Zach earns from playing or coaching soccer, we understand that it is something he enjoys doing. Unfortunately, he may not have much time for it these days because he is a father of two.

Hopefully, now you understand that Zach relies on other income sources and it’s not surprising that he can afford to live in a $600K house. While this post may have not captured everything that Zach currently does for a living outside filming for Little People, Big World, it is clear that he has many options should TLC discontinue the series.

For instance, he might go back to coaching, start his own farm, or even sign on his own spinoff. Of course, we can’t say for sure, but we are certain that fans of Zach and his wife will love to continue keeping up with them for many years to come.