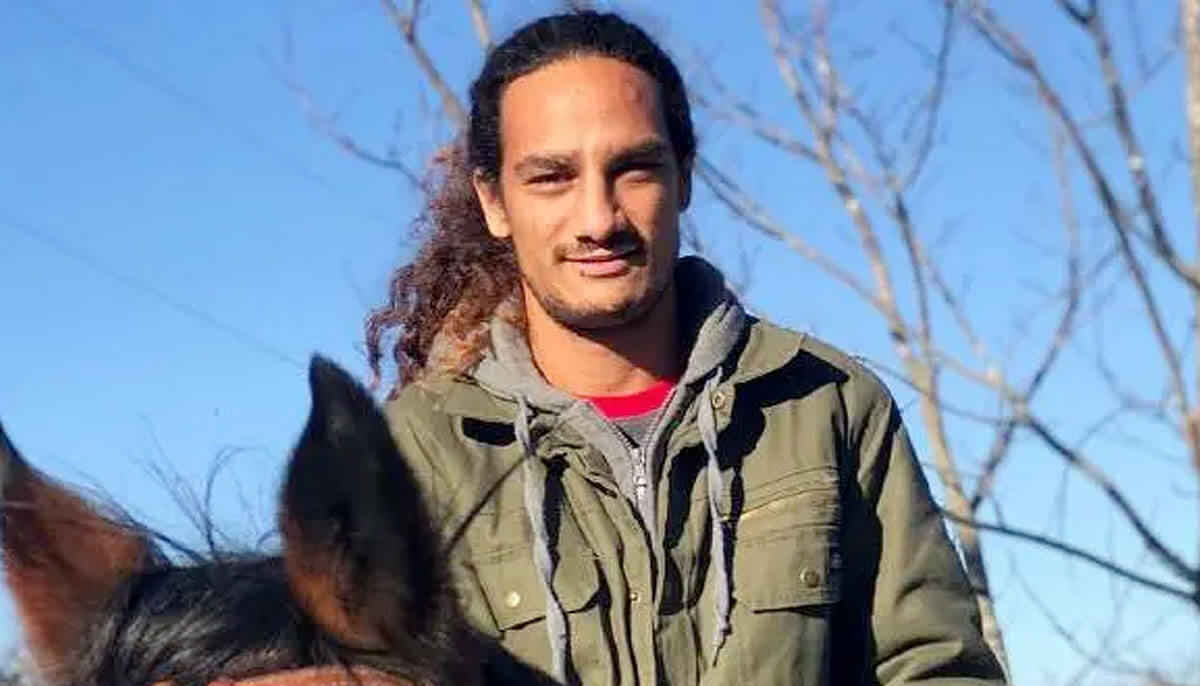 Animal lovers and long-time fans of Pitbulls and Parolees know that cast members on the show change all the time. The only constants are Tia Maria Torres’s immediate family, including her two adopted sons, Moe and Kanani, and her two lovely daughters, Mariah and Tania Torres.

So, fans immediately felt Moe’s absence when we started seeing less and less of him on the show. When he vanished from the popular reality television series, we were left wondering what happened to Moe on Pitbulls and Parolees.

Is it true that Moe died? Read on for the real story of what really happened to Tia Torre’s son, Moe.

Moe, whose real name is Keli’i Cameron, is one of Tia Torre’s adopted sons. He is the eldest of the twins and the other children, including his sisters, Tania and Mariah Torres.

Torres adopted Moe and his twin Kanani Chock as kids living in Hawai’i. While Kanani, married to Mariah Chock, is extroverted and the life of the party, his older brother Keli’i is shy, lowkey, and mostly keeps to himself.

The twins quickly became a crucial part of Torres’s family and contributed a lot to the day-to-day operations of Villalobos, the largest pit bull rescue in the country.

Did Moe From Pitbulls and Parolees Die?

Did you hear the wild rumor that Moe from Pitbulls and Parolees died?

Other fans worried that the handsome chap was involved in a motorbike accident because he is an avid biker. There were also concerns that Moe was seriously sick, thus his absence.

Luckily, no such thing has happened. Moe is alive and kicking even though we do not see him at the pit bull rescue center anymore.

Moe was not involved in any motorbike accident; as far as we know, he has not been so sick as to require long-term hospitalization.

If any unfortunate thing had happened to Keli’i, Tia and the rest of the family would have definitely discussed it on the show and other public platforms.

Torres’s family is not known to hide stuff from their fans. Even when they are going through difficult times, such as trying to find a new location for their rescue facility in California and failing at the last minute, remember that?

Who Died On Pitbulls and Parolees?

Now that we know that Moe is not dead, who from Pitbulls and Parolees actually died? Unfortunately, two people died, one of them a close member of the Torress family.

The first cast member of the American reality show to die was Anthony Allen, who appeared in the first episode of season 6. Allen, 23, died on June 28, 2015, after a long battle with cancer.

Before passing, Allen adopted Anna, a sweet Pit Bull from the Villalobos rescue center. His generosity and kindness was on display on the show, which made Allen’s passing all the more painful. Allen left behind his parents, Lawerence Anthony Allen and Denise Ann Miller.

The other member of the reality series who died tragically was Collin Samway. Also fondly known as Cliff, Collin had been with Villalobos since he was a teenager when the center was based in Agua Dulce, California. He was at the forefront of diffusing misconceptions about pit bulls.

When the animal center had to move to New Orleans, Cliff moved with the Torres family and had been with them since his last day.

Collin, a fan of street bike adventures, passed away on May 25, 2018, a month after he was involved in a tragic motorcycle accident when a woman struck him with her car at an intersection.

According to Tia’s Facebook post, Cliff had been wearing a helmet and was adhering to the speed limit when the accident happened. He passed away at age 34.

Another rumor that won’t go away is that Tia lost a son many years ago. Sources close to the reality star claim that this happened, but Tia has never confirmed or denied the rumors, so we will leave it at that.

Why Is Moe No Longer on Pitbulls and Parolees?

Moe is a pretty low-key guy, and there is a possibility that TV fame was a bit much for him. He probably wanted to live a private life with his wife Lizzy and son Nakoa.

Away from the Pit bull rescue facility, some of Moe’s interests include playing multiple instruments. He is also into biking and has a knack for fixing dirt bikes.

We no longer see Moe as much on the show because he, like his twin brother, decided to take a step back from television to pursue other interests.

A peek at his Instagram page reveals that he focuses more on pursuing his biking interests and spending time with his family. His ‘gram is full of pictures of him hanging out with family and racing with friends.

Why Has Pitbulls and Parolees Been Cancelled?

After a whopping 13 years and 18 amazing seasons, Animal Planet’s Pitbulls and Parolees is ending.

This November 2022 will be the final season of the popular reality TV show, and fans are understandably sad about the news.

Villalobos Rescue Center has saved pitbulls for 30 years. Not only does the owner Tia Torres find forever-homes for the dogs, but she also gives parolees a second chance by providing employment and volunteering opportunities at her center.

So, why is Pitbulls and Parolees ending when the show is still very popular?

According to a Facebook post on the Villalobos Rescue Center page, Torres said the curtains are falling on the reality TV show because Warner Bros has bought off Animal Planet. Being a small network, Animal Planet felt the most impact from the acquisition, which has seen several shows being canceled.

Warner Bros is on an acquisition spree and has brought some networks under the Discovery Channel banner under its fold. Unfortunately, Pitbulls and Parolees is one of the shows that got axed following the acquisition.

We will miss watching the Torres family forays, but we wish them all the best in their next endeavours!