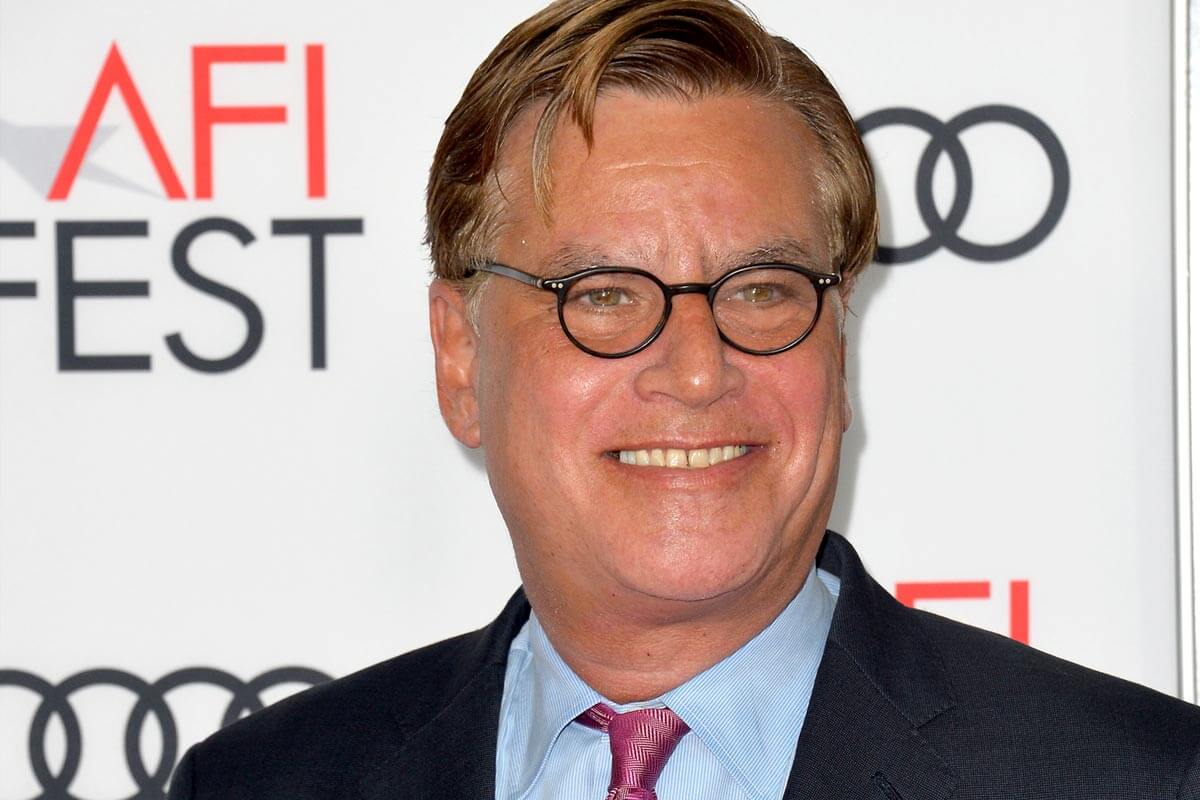 In its heyday, the West Wing was the epitome of good television. With a smart cast, fast-paced dialogue, an entertaining storyline, and all-around amazing acting, the political drama series attracted millions of loyal viewers worldwide.

Despite its incredible popularity, the show called it a wrap rather quickly, and fans were left wondering: why did the West Wing end?

This was one of those shows we never thought would end so suddenly. The series had established itself as a TV mainstay, and we all expected it to continue over many seasons and storylines.

Various factors contributed to the ending of the West Wing series. Read on for all the details on why this fan-favorite show wrapped up too early.

Why Was There No Season 8 of The West Wing?

The West Wing TV series debuted in 1999 and quickly attracted a large audience with its fast-paced dialogue, walk-and-talk scenes, and great cinematography.

Despite boasting an award-winning cast and worldwide viewership, the popular television show ended in 2006 after a paltry seven seasons.

As expected, there was a lot of hullabaloo surrounding the real reason the West Wing ended. In some circles, fans and critics claimed that a change of staff and a drop in ratings eventually caused the show’s decline and eventual end.

Others claimed that the series came to a natural end given that Jed Bartlet’s administration had served its two terms. The entire show was based on this administration, so it was only normal to wrap up the show when the administration’s term was over.

The West Wing gave us a peek into the nitty-gritty of the political dealings in and beyond the White House. It brought us close to the senior-decision makers whom we don’t see much in the media but who control the strings and make things happen.

The show was one of the best on television because it tried to avoid centering its storyline on scandals. It instead focused intensely on the complex processes that dominate politics.

A big reason for West Wing’s eventual demise was the timetable change. Viewers were so used to catching the show on Wednesdays that when NBC moved it to Sunday night, there was a 30% drop in viewership. These changes were the beginning of the end for the popular TV show.

Even before changing the timetable, the West Wing had already started losing its audience. One of the main attractions of the TV series was the quick dialogue and smart comebacks written by Aaron Sorkin, the show’s creator, as well as John Wells and Thomas Schlamme.

But, it got to a point where Aaron could no longer keep up with the pressure of writing each episode of such a dialogue-rich show. Scheduling issues led to tensions between him and the show’s producers.

Unfortunately, Sorkin left The West Wing after penning the fourth season. His departure was due to professional and personal reasons, but without his writing style, the series somehow lost its flavor, causing viewers to lose interest in subsequent seasons.

Other than Sorkin, some senior staff members, including an executive story editor and a deputy editor, left. What later emerged as very public contract disputes and contract negotiations gone bad are what eventually caused some staff to leave.

Let’s detour and talk about why Aaron Sorkin left The West Wing after only four seasons.

In 1997, Sorkin pitched John Wells the idea of a TV show based on White House staffers. The Clinton-Lewinsky scandal at the time sort of delayed the project, but NBC eventually agreed to a pilot episode that debuted in 1999.

Sorkin was the show’s main writer, creating over 80 screenplays over a period of four seasons. Being the series’ primary writer, Sorkin was under immense pressure to keep producing but could not keep up with the time-consuming writing process. Budget issues and production delays also caused a lot of tension between Sorkin and the production team.

There were also creative differences that further aggravated the relationship between Aaron and the show’s producers. In an interview on the Charlie Rose Show, Sorkin said Warner Bros. Television and NBC told him they would have to do things a specific way beginning season five.

“I decided I could not do my best work under those conditions,” said Sorkin.

One of the new conditions Warner Bros. and NBC proposed was that producers earn a flat rate regardless of how much revenue the show generated, something Sorking was not interested in.

But, issues with the network were not the only reason that contributed to Sorkin leaving The West Wing. At the start of 2001, the writer was arrested at an airport in Los Angeles for carrying crack cocaine, mushrooms, and marijuana in his bag.

Early that year, he, Spencer, and Sheen had been awarded the Phoenix Rising Award for overcoming drug abuse. Previously, Sorkin had been admitted to rehab for drug abuse and returned to rehab in 2001 after a court order.

Sorkin was still with The West Wing as a senior staff throughout this ordeal and had just penned content for the second season. In an interview with The Guardian, he explained that his drug use and manic writing went hand in hand. He became unreliable while working for the series, resulting in more problems with the production team.

The West Wing May Have Ended Naturally

After Sorkin’s exit, the West Wing returned for a fifth and sixth season. When Bartlet’s administration was wrapping up, and the show subsequently introduced the candidates for the upcoming elections, there was a slight boost in viewership.

Still, lots of folks worried the series would be canceled prematurely. But, in a surprise announcement, NBC said the political drama would return for season seven. During this time, the timetable changed too, moving the West Wing from Wednesday to Sunday nights. This began the inevitable journey of the show’s cancellation.

The series was primarily based on President Josiah Bartlet’s (Martin Sheen) administration and his fictional White House staffers throughout his two terms in office.

In the seventh and what would be the series last season, Bartlet approached his final year in office, and we were introduced to his successor, Matthew Santos (Jimmy Smits), on his campaign trail.

In the real world, the US was transitioning to a new president– George Bush, from Bill Clinton’s administration, just at the same time as Bartlet’s fictional term was coming to an end. So wrapping up The West Wing when they did, made narrative sense as it aligned with the real-life political process.

Another event that may have contributed to the end of Aaron Sorkin’s series is the real-life death of John Spencer (who acted as Leo McGarry).

Spencer played the role of Chief of Staff at the Bartlet White House and was later the running mate of Matt Santos (Smits). Replacing or recasting Spencer’s character would have been both difficult and awkward.

A major reason The West Wing was so successful is that the series was plausible and believable. Of course, it was all based on fiction, but the events in the series were realistic and coincided with many real-life events in American politics.

The American drama television series was conceived during the Clinton years. It is alleged that consultants who previously worked at the real White House were brought in for their advice to make the show appear as real as possible. The physical layout and the characters’ quirks closely parallelled the Clinton administration.

As the Bartlet administration prepared to leave, it became more and more difficult for the West Wing to align with the reality of day-to-day American politics.

In the final seasons of the American legal television series, the storyline shifted to the presidential election campaigns between the liberal democratic nominee, Matt Santos (Smits), and the moderate Republican nominee, Arnold Vinick (Alan Alda).

The West Wing ended in the seventh season because it would be implausible to feature a White House headed by Santos or Vinick. It just wouldn’t make for good TV to portray either of these despicable characters as the leader of the free world.

If Alan Alda (Vinick) were elected, he’d have to go against his own real-life, democratically inclined political principles. Or, he would have to act like the Republican that he isn’t, which would just be distasteful.

A Vinick White House would have changed The West Wing story to portray a White House in which the characters were morally adept, resulting in bad television and unlikely characters.

A Santos administration made up of liberal democrats would also not be realistic, given that the conservative Bush administration had just started its term in real life. Creating a political television series that portrayed an administration so different from the actual reality would leave fans feeling cheated.

After all, a West Wing based on Bartlet’s administration was believable because it coincided with the political inclinations of the Clinton administration.

So, against this reality, the show’s writing staff were left with two choices: to feature a new administration the audience would most likely detest or one that would be implausible. Given the respect the series had earned for itself, featuring either administration would have been lousy. The best and only choice was to cancel the show.

As you can see, there are many reasons The West Wing ended. Undoubtedly, the show leaned heavily on a certain writing style, which we all came to love. So, when Sorkin left, the series was bound to end.

Still, the fact that the show continued for several seasons after Sorkin’s departure attests to the cast’s talent and fans’ loyalty.