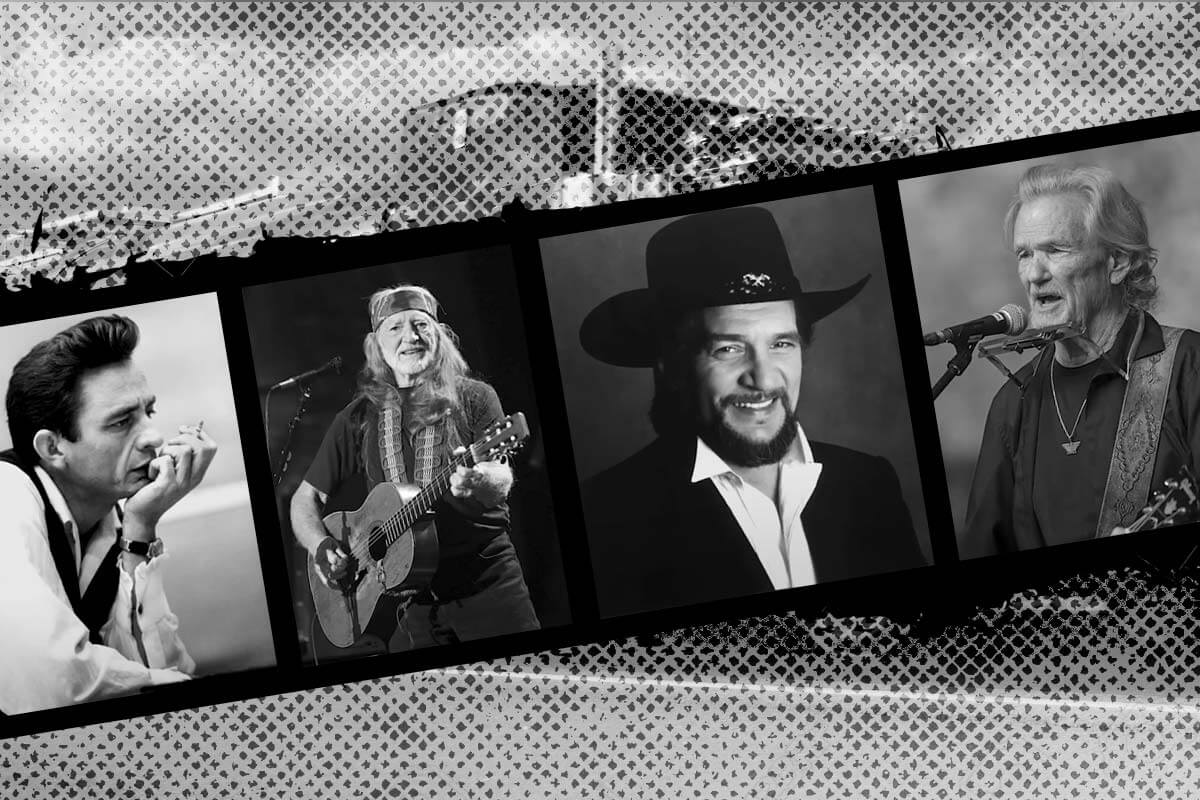 Each time they stepped on the stage, Willie, Johnny, Waylon, and Kris demonstrated irresistible musical chemistry, making the Highwaymen arguably the best band in history. But all good things come to an end, and so did the band, which dissolved as some members graciously bowed out.

Read on for the real story of what happened to the Highwaymen band.

Who Created The Highwaymen Band?

Formed in the early 1980s, the group released a string of country music chart-topping singles and three studio albums, including Highwayman, Highwayman 2, and The Road Goes On Forever.

The four were not only fellow country musicians. They were close friends long before they came together to form a band. Each artist had their thing going and was successful in their own right in the country music industry.

The four country legends came up with the idea of creating a band in 1984 while filming a Johnny Cash TV show in Switzerland.

During breaks between the filming sessions, the men had loads of fun creating tunes and medleys and immediately decided to record some music together once they returned home to the USA.

They Made The Band Work Despite Their Stark Differences

Many bands break up because they cannot handle differences amicably as they occur. The Highwaymen members are iconic in country music history as they kept their band together for years despite their strong personalities and opinions.

The American country music supergroup wanted to make music together more than anything else.

Waylon identified as the outlaw enshrined in an aggressive rock and roll vibe. Fans opine that he had the best voice in the group, while Willie was seen as the most talented musician of the four. Kris wrote the best song songs.

Willie Nelson was a laid-back guy full of wisdom, a life guru, and an unapologetic pot smoker. Kris had a film career with serious roles in the movie industry and was a Rhodes graduate. Johnny had done it all and was willingly the life of the party.

Aside from their musical capabilities, the four also had different political views. Kris leaned more to the left, using left-wing politics to inspire his music, which annoyed the right-wing Waylon Jennings.

Interestingly, these differences contributed to the group’s magical success. They never gave up on their individual artistry, even after forming a band. On many of their songs, each member sang in the unique style they were known for and provided each other background support.

Legend has it that The Highwaymen only started addressing themselves by the band name when they began touring as a group in 1990 after already releasing two albums.

During one of the band’s album recording sessions, producer Glenn Campbell introduced to Johnny Cash the song Highway Man by Jimmy Webbs (1977). Campbell visited an ailing Cash and played the song. Cash and his bandmates loved the tune and included it in their first album, Highwayman.

The song, which had four verses, was practical for the group as it allowed each member to sing their own verse and put a creative spin to it.

The Highwaymen Got Into Legal Trouble Over A Name

The band did not see this coming, but their choice to use the name Highwaymen immediately landed them in legal problems with another band.

A 1960s folk group already calling itself Highwaymen sued Johnny Cash’s group for copyright infringement. Instead of getting caught up in a legal battle, Waylon suggested that the original Highwaymen open a show for the new band in Hollywood.

This turned out to be a great idea, and the old folkies even agreed to grant the new Highwaymen a non-exclusive, nontransferable license allowing them to continue using the disputed name.

The Supergroup Disbanded When Some Members Passed On

The Highwaymen had their run in the 1980s and 90s, effortlessly topping the country music charts; little did they know what the new millennium had in store for them.

The group’s undoing in the music business started when Waylon Jennings died on February 13, 2002. Jennings had long abused alcohol, drugs, cocaine, and cigarettes, which wreaked havoc on his health. The country musician died after diabetes complications caught up with him.

With two leading members of the country music supergroup gone, the band was never the same again. The remaining members of The Highwaymen, Willie Nelson and Kris Kristofferson, still get together now and then to make music.

Their coming together was unplanned, but The Highwaymen was arguably the greatest gift country music fans could have ever asked for.