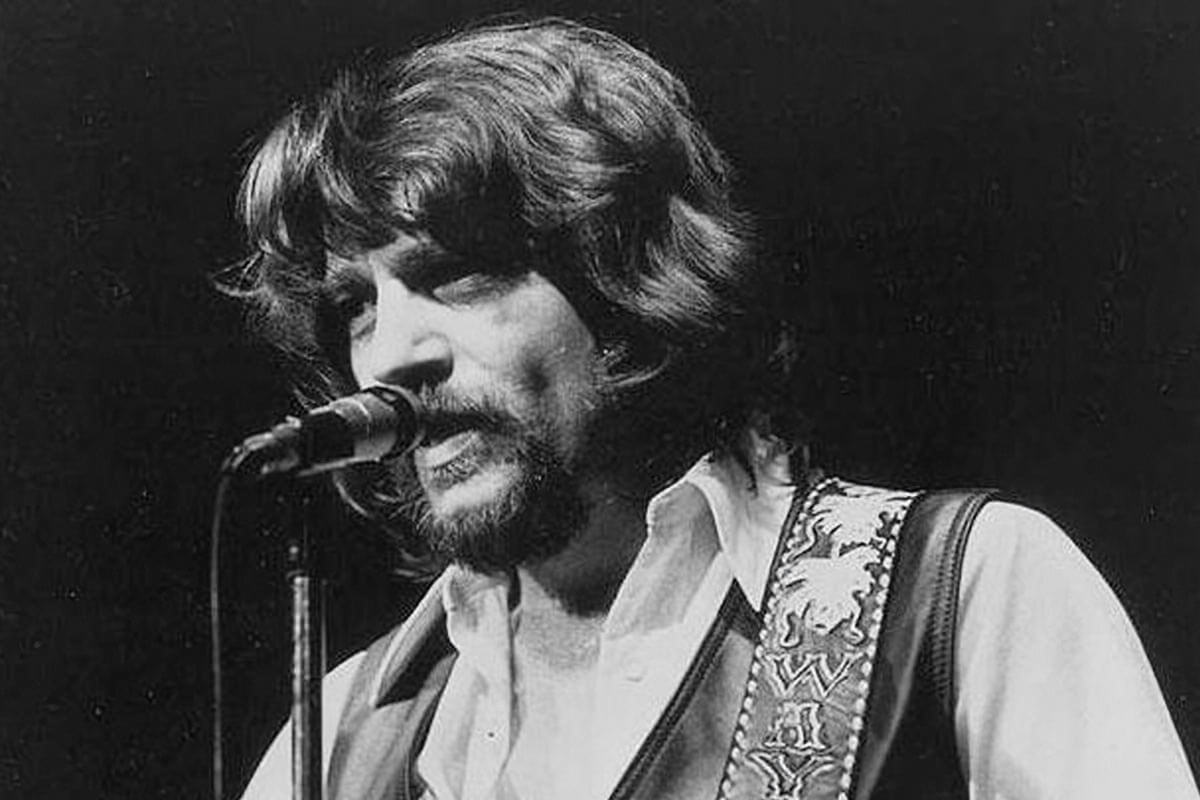 One of country music’s best hitmakers, Waylon Jennings, climbed to the peak of his career in the 1970s with honky-tonk laced tunes such as I am a Ramblin Man, Rose in Paradise, and I’ve Always Been Crazy among so many others.

Waylon brought a kind of defiance and grit to country music, a trait that saw fans and country music historians recognize him as the father of the outlaw movement in country music.

But, despite the fame and fortune, Jennings had a tragic private life battling drug abuse, failed marriages, disease, and a dwindling career.

Here is the insider story of what happened to Waylon Jennings.

True to his defiant personality, Waylon Jennings has defied death many times. One memorable incident occurred in 1959 after a concert in Clear Lake, Iowa.

Jennings and a band he played in were to charter a private plane to Fargo, North Dakota, for their next gig. But, at the last minute, Jennings exchanged his spot in the plane for one in a bus.

Unfortunately, that ill-fated plane crashed a few minutes after the lift-off killing everyone on board. It was a miracle that Jennings reluctantly exchanged his spot on the jet, escaping the tragic plane crash.

He Dealt With Numerous Health Problems

If one country singer was constantly sick, it was Waylon Jennings. He regularly suffered from all kinds of illnesses but defied them again, living to tell about it.

For example, in the early ’70s, Jennings contracted hepatitis after consuming contaminated milk and pie right before a gig. Despite feeling sick, he powered through the show, but his wife noticed that he had a yellow tint to his skin, a sign of hepatitis.

The country star felt exhausted with back pains and even passed out. He initially refused but later agreed to get treatment for his condition.

The country music hall of fame star also had heart problems and underwent an angioplasty in the late 1980s to treat a blocked artery.

Two months after the procedure, the country singer suffered major chest pains on his way to a concert in Tennessee, forcing his driver to re-route and take him to the nearest hospital.

It turns out that his arteries were blocked again, and he needed bypass surgery. This incident caused the Amanda crooner to cancel concerts and remain on bed rest for nearly two months.

“Smoking was the cause of my heart problem. I was smoking at least five packets a day for 41 years,” the country superstar said in an interview.

Waylon Jennings had a strong run in the country music industry in the ’70s, ’80s, and ’90s but struggled with a serious cocaine addiction that contributed to his star waning by the start of the new millennium.

In August 1977, police busted Waylon Jennings at a recording studio in Nashville. The singer had such a huge amount of cocaine that the police slapped him with a serious charge of intent to distribute.

But, even this incident could not get the country singer to stop using the substance.

At the height of his abuse of cocaine, Waylon could barely get through a concert, leaving fans shocked and disappointed by the rambling performances cut short midway.

In a certain memorable incident, the singer was so high on cocaine he could neither stand up straight nor sing, resulting in disappointed fans booing him off the stage.

Jennings had tried to quit many times but desperately failed. Fellow country music singer and friend Johnny Cash, who also struggled with addiction, recommended that Jennings seek help from the Betty Ford Center, but this was not effective for the Jolie Blonde crooner.

As they say, only you have the power to change your life. The country legend decided to take charge of his life and quit cocaine ‘cold turkey.’

According to his wife, Jesse Colter, the country song icon flushed his entire stash of cocaine down the toilet, and he and his family went into isolation in Arizona.

He promised to quit cocaine, and he did finally stop using the drug.

He Went Broke Due To His Expensive Lifestyle

Many of Waylon’s songs and music career were inspired by his experiences of a tragic life full of many struggles and literally fighting for his life at every turn.

One of the struggles the country artist faced was related to his finances. Despite being a super-popular recording artist attracting hundreds of thousands of eager fans to multiple concerts, Waylon had major money problems.

His money went as fast as it came in.

The singer has been public about his going broke many times. His expensive lifestyle as a musician and serious drug habit contributed to his financial woes.

One time, so bad was his situation that creditors froze his real estate assets, bank accounts, and other personal belongings to pay his debts. The It’s So Easy singer filed for bankruptcy in 1981.

Waylon, one of country music’s greatest of all time, took a final bow on February 13, 2002, and died from diabetes complications leaving behind his wife Jessi and son Shooter Jennings.

There is no doubt that the country musician had abused his body for many years, resulting in a series of serious health problems.

His doctor diagnosed him with type II diabetes which often leads to complications such as poor circulation, impaired vision, and organ failure.

Due to his diabetes and heart problems, Jennings suffered blocked arteries in his legs, causing his doctors to diagnose him with peripheral vascular disease, an incredibly painful condition.

Even surgery could not help, and his condition worsened in 2001 when he suffered an infection and had his foot amputated. The country star died two months later.

In his usual legendary fashion, the Never Say Die hall-of-fame icon put together an all-star band and did a couple of final tours in 2000.

Jennings couldn’t hide his thin, sickly frame, but he powered through his final gigs, belting out good ‘ol tunes that once endeared him to millions of fans worldwide.