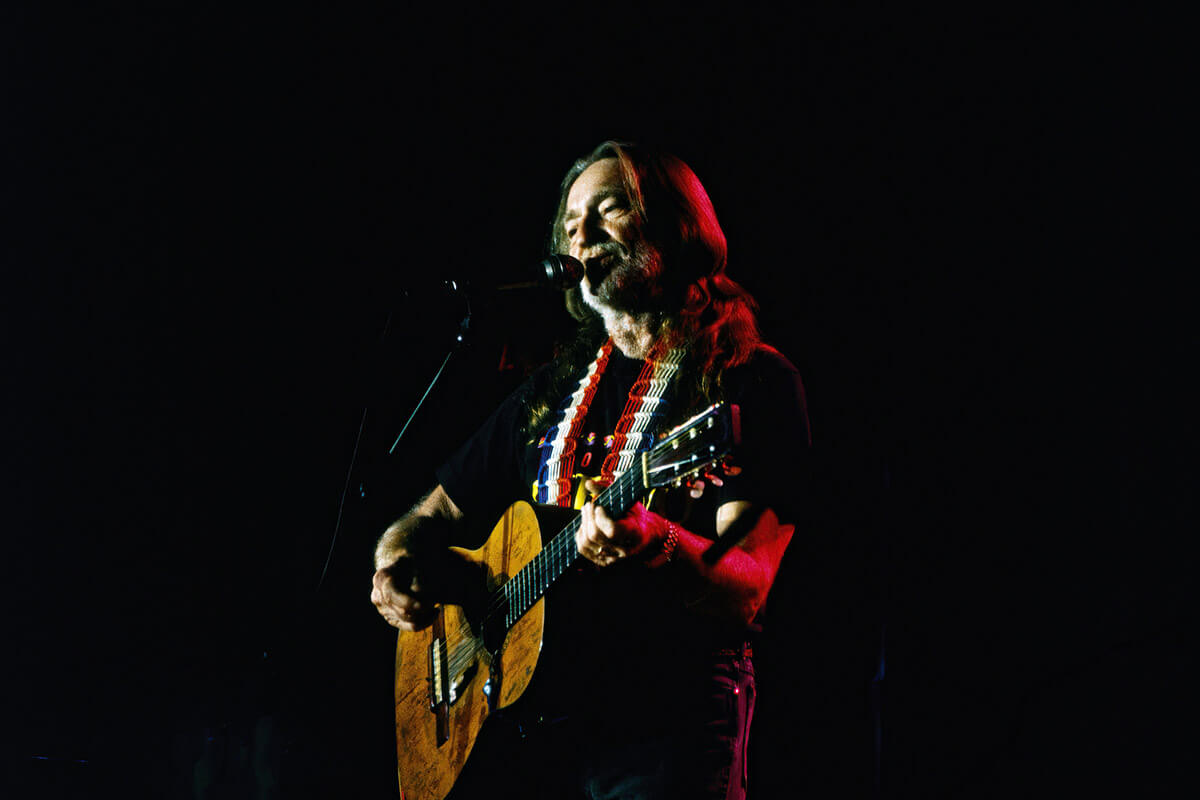 Willie Nelson is one of the most iconic country music singers of all time. He is renowned for his unique style, which has been described as “Outlaw Country.”

Before he became a singer-songwriter, Nelson used to sell bibles door-to-door as a means of making money.

He used the same guitar, named “Trigger,” for more than 10,000 shows, wrote his first song when he was seven years old, had his first performance at age five, and joined his first band as a guitar player when he was 9.

His signature braids, bandana, and even his love of marijuana are all part of his unique brand of musician.

He wrote songs that would become country standards, including “Funny How Time Slips Away,” “Hello Walls,” “Pretty Paper,” and “Crazy.” And let’s not forget “On The Road Again”!

But did you know that he once ran into his burning house to save his beloved pot stash?

Saving his life and his grass

On December 23, 1969, Willie Nelson returned home to find his house on fire. He ran into the burning building to save two items: a pound of Colombian grass and his guitar, Trigger.

Fortunately, Willie managed to make it out of the house unscathed with the pot and his beloved guitar in tow. He later joked that he had “saved my life and my grass.”

If firefighters had found this pound of wheat in his home, they might have turned him over to the police, which could have ended badly for Nelson. Fortunately, the country legend got away with it and lived to tell the tale.

On the sad side, Nelson lost more than 100 tapes of his otherwise unrecorded songs in the flames.

Snoop Dog and Willie Nelson: a match made in heaven

Nelson once remarked that he smoked marijuana to become “normal” and does not believe it is a killer drug. He joked that he did not know anyone who had died from smoking pot.

A living testament to that statement is no other than The King of the West Coast himself, Snoop Dog!

The rapper has been known to have a hearty appetite for wheat-based treats. It’s no surprise that Uncle Snoop and Willie Nelson have a long history of friendship and collaboration, including a memorable 4/20 in Amsterdam, where they got the most stoned they’ve ever been.

Snoop recalled the incident on The Howard Stern Show, where he described Willie beating him at dominoes while smoking and passing a blunt, bong, and joint.

The two legends have worked together on several tunes, proving that crossing the genres between outlaw country and rap can make for exciting music.

Their first collaboration was “My Medicine,” an upbeat song about marijuana dedicated to Johnny Cash (This was not Nelson’s only collaboration to honour the Man in Black).

This was followed by “Superman,” a song about the exhaustion of becoming an artist. Finally, their last known joint effort, “Roll Me Up and Smoke Me When I Die,” celebrates memories instead of mourning the passing of life.

In 2015, he founded his cannabis brand, Willie’s Reserve, which produces and sells cannabis products in six states.

Willie took his 65 years of smoking experience to curate the products sold by the company and is passionate about keeping the business independent and making sure the cannabis remains high-quality and natural.

‘I’ve bought a lot of pot, and now I’m selling some back,’ the singer quipped in an interview.

The brand strongly focuses on authenticity, aiming to capture the spirit of Nelson’s “my stash is your stash” ethos. His goal with the brand was to support small farmers by providing them with a source of income and helping to maintain high-quality and natural cannabis products.

Willie’s Reserve offers a range of products such as flowers, vapes, accessories, gear, and edibles. It also supports small family farms by partnering with local growers in legal states.

The company’s design team takes inspiration from Nelson’s albums and art, creating a sense of timelessness and ritual. It’s an homage to Nelson’s passion for sharing and toking and his commitment to the cannabis revolution.

His activism and business ventures have helped to shape the public perception around cannabis and influence the last decade’s cascade of cannabis reform laws around different states.