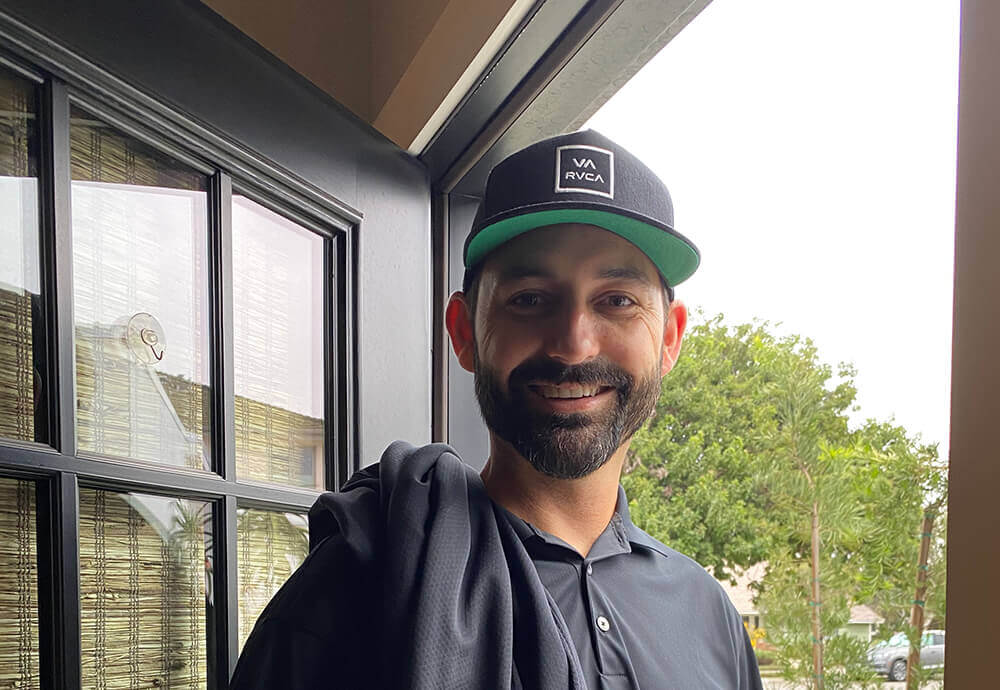 If you follow HGTV’s Christina on the Coast, you will likely notice a new cast member on the 3rd season, premiering on June 3rd, 2021.

Mike Rose, already a familiar face from House Hunters Renovations, will replace Izzy (with whom Christina had also worked on Flip or Flop) on all-new episodes of the series.

Growing up, Mike was fascinated by building things. As a child, he loved to take them apart and put them back together again just to learn how they worked. With age, he developed a strong desire to learn the science behind construction and realized he wanted a career in the construction industry. He started out as a laborer, but quickly rose through the ranks.

As a foreman, he advanced to superintendent, then to project manager. As a general contractor who worked with some of the country’s largest developers, Mike knew it was time to one day realize his dream with his own company.

After earning his General Contractor’s License in 2007, he established MTR Construction Inc. In addition, he holds licenses for concrete (C-8), and electrical (C-10). The company has strived to find success in the industry since its inception. Mike employs the Design-Build method to ensure quality, budgets, and customer satisfaction.

A team of well-trained craftsmen specialize in various areas of the construction project, and he keeps his work sites clean at all times.

Since 2016, the company has been featured on HGTV. Their first series premiered on House Hunters Renovations and is now airing on Christina on the Coast.

We recently got a chance to talk to the busy contractor and ask him a couple of questions:

How did your connection with HGTV’s Househunters Renovations come about?
“I worked with a designer in Long Beach that specializes in historical renovations. She was contacted by Househunters and brought me on as the contractor.”

How do we have to imagine a typical set for an HGTV Renovation show?
“There really isn’t a traditional ‘set.’ It’s typically a cameraman filming day-to-day work on the project. Then we will have several scheduled film days with a full crew and production.”

How long does it take to complete all the work that goes into an episode?
“It really depends on the project size. Being on a show takes a little longer than a regular project of the same caliber. There will be times when we need to stop the flow of work to wait for the film crew to come out. For instance, if we find a problem, we would have to wait to film the issue before we could go in and fix it, but the delays aren’t too crazy.”

Can you tell us a thing or two about unforeseen things that happened behind the scenes and how you dealt with them?
“In every construction project, there are unforeseen things that occur whether it be damaged plumbing behind the walls or an unsafe structure. It’s important we stay on schedule, our job is to fix the issue as quickly as possible while keeping the added expenses to a minimum.”

How did you make the transition from Househunters to COTC?
“During My time on Househunters, I had built relationships with the production company. When COTC started filming and they needed a second contractor they called me and I jumped at it. I really stand by my standards of quality and staying on schedule. My work speaks for itself and I think they appreciated that. This is why I went from secondary contractor to exclusive one for season 3 and moving forward into next season.”

Did Covid have an effect on the production and how?
“Covid definitely has affected production and still does. Aside from the safety protocols that had to be put in place the delay in the product is a major challenge. Lead times are much greater, so we need to account for all factors.”

Do you have a favorite episode on Househunters/ COTC?
“I’d have to say Season 2 Episode 6, A Touch of Indecision is my favorite. The project was my next-door neighbor’s kitchen. Not only was the project transformation amazing, but my family was included in the episode, which was fun.”

How has being on either of the shows affected your business with MTR and, most of all, your personal life?
“The show has been a huge blessing to my life. It’s helped my business grow and the MTR brand gets out to people that may not have heard of us otherwise. As for my personal life, it’s been great to become friends with Christina and have our families spend time together. I’ve also made some lasting friendships with the crew, everyone is always having fun on set.”

With its office located in Los Alamitos, Mike’s business remains centered around the goal that inspired him to pursue his dream. The company prides itself on developing luxury living spaces that last a lifetime for its clients.

His family is very important to him, and he loves spending time with them.

Fun fact: Mike is currently in the midst of creating his own show! Visit his Facebook and Instagram pages to stay tuned on his next moves!