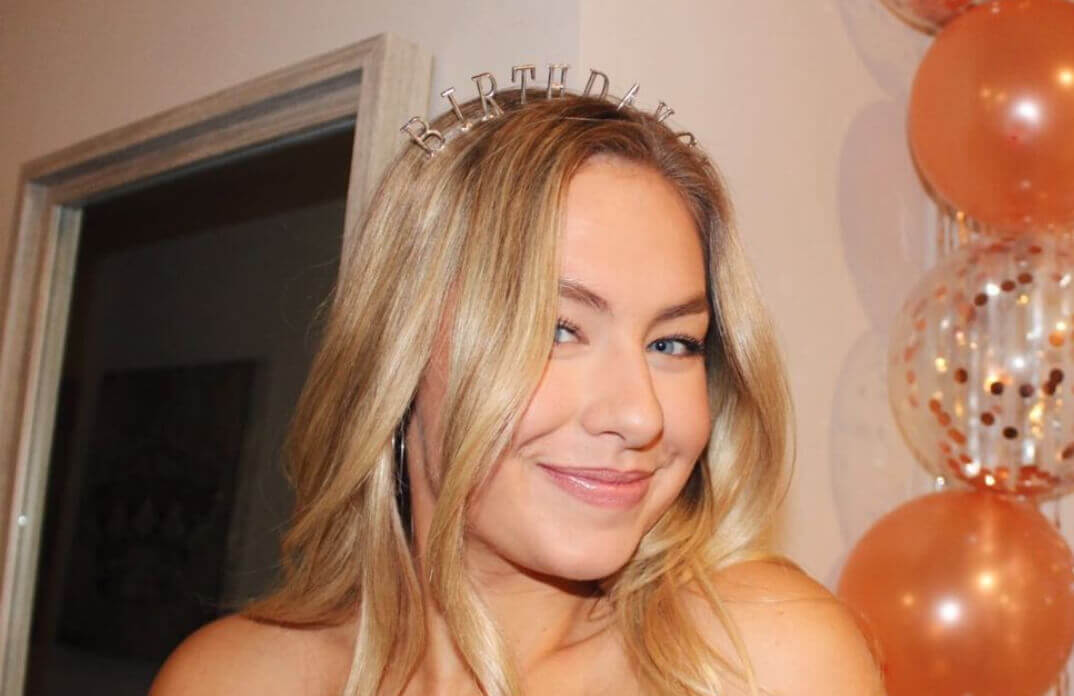 Alexandra Osteen is best known as the daughter of Lakewood’s televangelists Joel and Victoria Osteen. Joel and Victoria became celebrities after attracting millions of followers through their televised sermons and books relating to God.

Alexandra has created a name for herself as an American gospel singer, who gained popularity after she began singing in LakeWoods Church band LYA.

Alexandra has followed suit of her God-serving parents, being an important part of their journey at LakeWoods Ministry. Apart from what the gospel singer is best known for, their many layers to Joel Osteen’s daughter. Hence, here is a breakdown of all you need to know about Alexandra Osteen.

Born on November 9, 1998, Alexandra Osteen is the youngest child of pastoral parents Joel and Victoria Osteen. She has an elder brother aged 26 named Jonathan. Her granddad was the founding Pastor of Lakewood Church.

Unfortunately, he passed from a heart attack, and her father Joel took over and led the family congregation as a senior pastor. Joel Osteen is today known as one of America’s biggest televangelists.

Joel is also a Christian author of numerous best-selling books. Her mother, Victoria, is a co-pastor of Lakewood Church and a best-selling author of books such as “Love your Life: Living Happy, Healthy and whole.”

Alexandra grew up quite introverted. She spent most of her time at church, where she developed a love for singing, or at home with her brother, whom she refers to as her best pal.

The sibling pair are so close that they were roommates when Alexandra became a student at the University of Texas.

Alexandra stopped being a loner in University – she revealed in an interview that she gained more friends as she realized the importance they had in her life. “I ended up finding like a great group of friends who I love so much, and I just learned how important it was to have someone who can like encourage you, who can be there for you, ultimately who you can relate to,” she said.

She bagged her degree from the University of Texas in May 2020. Her father, Joe, expressed gratitude in an Instagram post with a sweet message congratulating his 22-years-old daughter on her achievement.

Apart from studies, church, and family, she seems to be an enthusiastic traveler. Alexandra has a significant following on Instagram and Twitter, and she uses her social media accounts to (other than showcase moments with family) post pictures of travel vacations with friends.

Since childhood, Alexandra Osteen has been an active member of her father, Joel Osteen’s Lakewood Church. As she grew older, she began to take up roles in the services. She regularly sang for the congregation and became a member of the Lakewood Church gospel band, LYA.

Alexandra is not the only family member to sing for the church band. Her brother is the lead vocalist of LYA. Alexandra and her band gained popularity from the Lakewood Televised Series, and in 2016 they released their first official single titled, “Feelin.”

They have since gone on to release numerous tracks, with fan favorites including, “What a Beautiful Name,” “Rush,” and “To my knees.”

Recently, Alexandra has been under the media radar for any rumored past or present relationships. As expected, the gospel singer’s history is white as snow. Joel’s daughter is still single and has reportedly had no relationships in the past.

Her focus is probably on spending time in service, building her career, and enjoying her youth with friends and family. When or if she is ready to be in a romantic relationship, we are sure it will be one wholesome one with which her parents and brother approve.

Salary and net worth

As of 2020, Alexandra Osteen amassed a net worth of just under $100 000. She accumulated her earnings from records sold under her career as a gospel singer.

There is a good chance that the gospel singer is still dependent on her parents (actually very likely) – hence, it is safe to say Alexandra lives a comfortable life. She lives in her parent’s $10.5 million River Oak Home, and her father Joel Osteen has a net worth valued at $100 million.

Impressive, right! According to IndyStar, Joel Osteen does not accept a salary from Lakewood Church. Instead, royalties from his bestselling books and lucrative speaking engagements account for his staggering amount of money. Oh, and there is the star appeal.

Alexandra is centric in her Christian faith, but like any other teenager – she has her own taste and few interesting facts about her.

For one, Alexandra has a special place in her heart for all animals. In a chat with Pastor Nick Nilson, she revealed she would appreciate being able to talk to animals.

Alexandra owns two dogs and wishes she could converse with them all day.

Alexandra is not just vocally talented. She has got a few other tricks up her sleeves. The gospel singer has a yellow belt in karate and insists she could beat her brother in a fight.

Since Alexandra loved spending time at home and alone, she had to have watched films and series for entertainment.

According to Married Biography, her all-time favorite movies are The Proposal, and She’s the Man, while her favorite television series include Grey’s Anatomy, The 70’s show, Friends, and Gossip Girl.

Alexandra did not always want to be in church. Although a consistent churchgoer, Alexandra has admitted to experiencing moments where she would not feel like attending a church service. However, Alexandra appreciates the ways of life that her family taught her.

For her, it has shaped her character and has led her to her bigger purpose. We hope to see good things from her in the future!