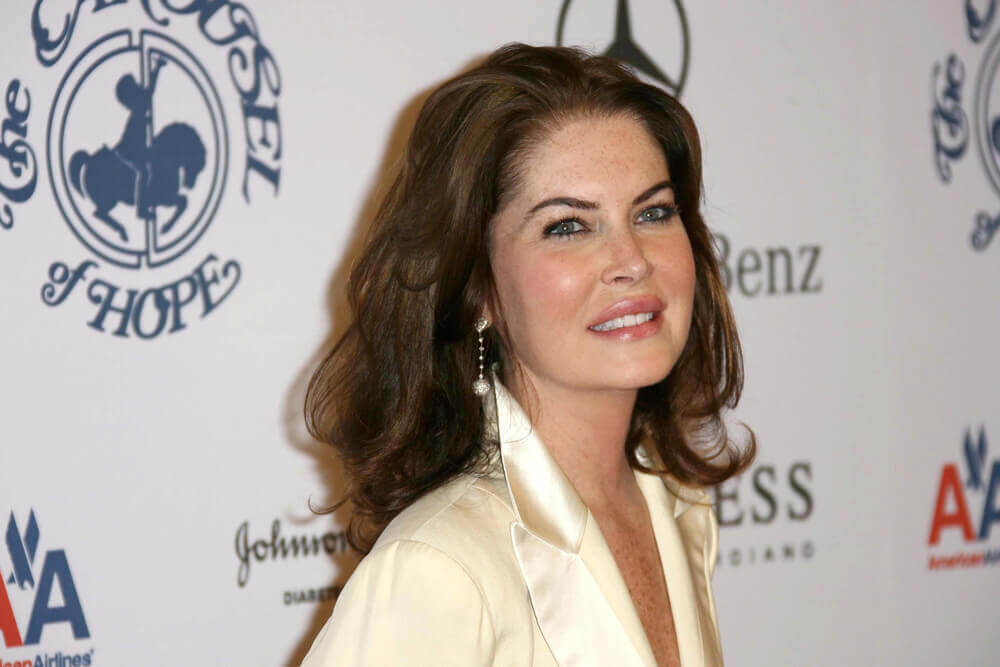 Whether celebrity or not, people naturally age. Their skin sags, wrinkles deepen, and tight skin gets loose. However, for celebrities, access and resources mean they can meet up to the caliber of perceived perfection by responding to aging with plastic surgery.

While a few that appear forever youthful “supposedly” reverse the course of time by miraculously wishing the age effects away or eating healthily, one celeb who fans fail to believe miraculously looks younger is Lara Flynn Boyle.

Boyle has been subject to plastic surgery rumors since her thirties. With her rise to fame in the cult television series “Twin Peaks,” media attention has been on Boyle.

Firstly for her beauty and talent and later for unrecognizable transformations to her facial features over the years.

She is currently 51 years old, but with the amount of anti-aging procedures she has allegedly undergone, her face not only appears to have the youthful plump but has also seemed to have changed to something almost unrecognizable.

About 12 years ago, Lara expressed concern for aging. She noted roles were restricted for older women and that it was something she dreaded experiencing.

“I know I may be running out of time,” the actress said. “There are just not that many roles for older women. On a vanity level, I am not looking forward to aging at all – I think I look pretty good now.”

Though not confirming any of the procedures she has undergone, countless images of the star show a clear distinction to her face over the years.

The Daily Mail reports that experts stated Lara escaped the effects of aging with a series of plastic jobs, adding that far too many plastic jobs had been done to her face.

In the early 2000s, Lara underwent lip augmentation when dating former boyfriend, Jack Nicholson. The procedure gave her plump-looking lips from the thinner demeanor we knew her to be in Twins Peak.

In 2006, after marrying real estate agent Donald Ray II, the actress appeared to have some more work done. Experts claimed she had been subject to several facial lifts, lip augmentations, and possibly, a brow lift and rhinoplasty procedures.

As reported by Star Magazine, the star once also appeared to have had a nose job done.

The Hollywood star’s surgery appeared to veer too far when in 2010, facial plastic and constructive surgeon Dr. Paul S Nassif said, “She should refrain from having any additional procedures” and “would not benefit from having further work performed at this time.”

In recent years, her critics have mentioned that Boyl seems to have a saggier-looking face. For some who strikingly once had the bone structure that models would kill for, recent pictures show Boyle’s cheeks appearing puffier than usual – especially for someone who weighs around 53 kg.

According to Daily Mail, experts suggest the changes were due to allowing the fillers to dissipate.

Lara always seemed insecure about one thing or another

During an interview in 2005 with Conan O’Brien ( the then host of NBC’s Late Night), Lara admitted to being insecure about several parts of her body.

When Conan asked the Hollywood star if any parts of her appearance needed change, she replied, “I’d have a boob job if I could.”

She also pointed out that she hated the freckles on her face.

Conan suggested Boyle could change what she did not like with the help of a plastic surgeon, but Boyle was quick to turn the offer down, defending she had advocated against it for several years.

It seems Lara changed her stance with plastic surgery, as in some years to come, she would reportedly look unrecognizable.

Away from the spotlight

Boyle has taken aback from the spotlight in recent years. The old-style Hollywood actress only appeared in limited roles and either caused a stir for being poorly dressed on the red carpet or being caught doing what normal people do.

Boyle last appeared in a movie in 2014 when she took on the role of Ms. Donley in the film Lucky Dog.

In 2017, Boyle made a brief media appearance in an interview with The Hollywood Reporter. She spoke about her relationship with a long-time friend Windsor, life lessons learned from watching her friend battle Lou Gehrig’s Disease, and whether she would be returning to acting.

In recent years, visuals of Boyle were mostly shared by photographers who have either taken shots of her shopping at the grocery store or smoking a cigarette at the car wash.

Due to recent photos, critics still taunt her for her unrecognizable face.

However, this time, people acknowledge that the star seems to have put a temporary stop to the procedures.

We are yet to see what all those years of the alleged going-under-the -the knife will do to her facial features over the long term.