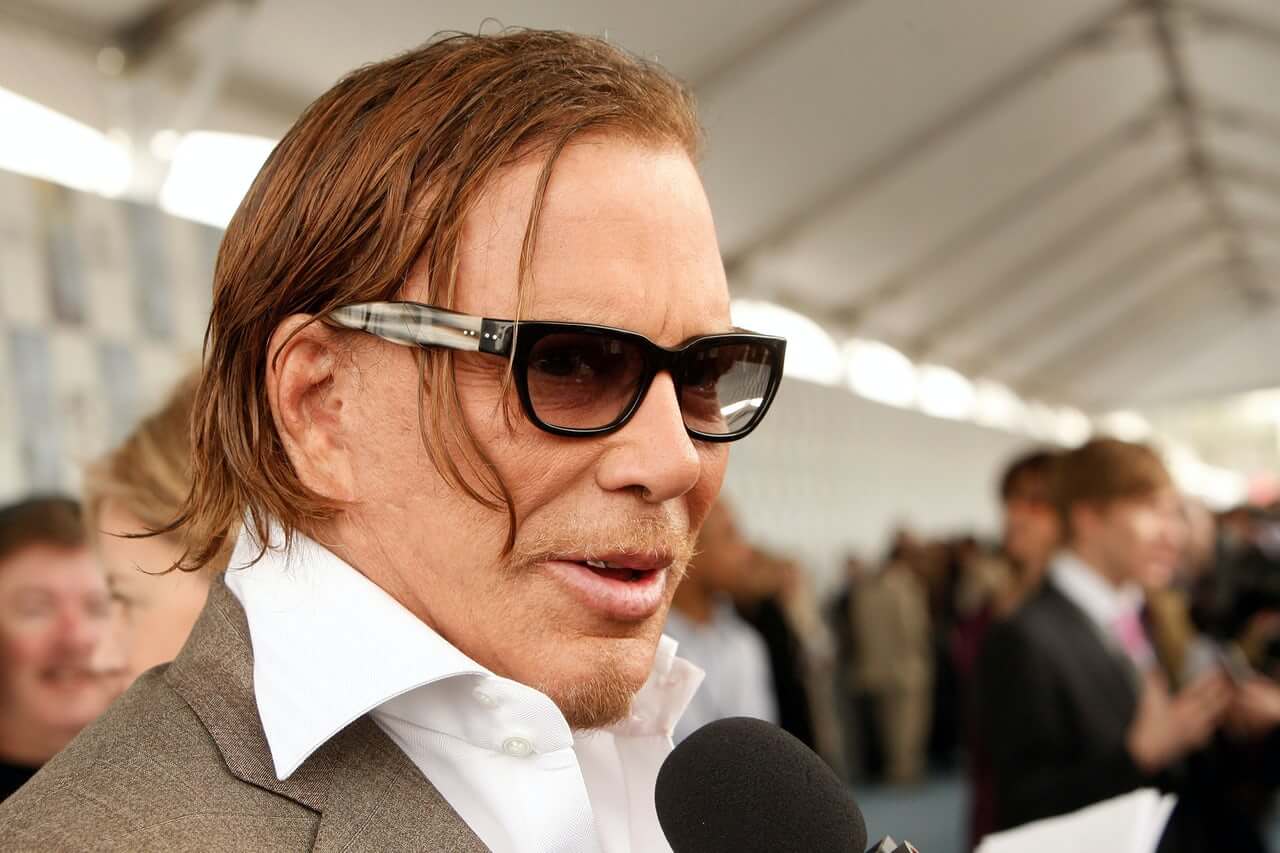 Once one of Hollywood’s most handsome stars, the Mikey Rourke we know today is nowhere close to the pretty-faced Nine-And-A-Half Weeks star of the ‘90s.

It seems like years of booze and boxing have put a real dent in his facial features, which have gotten more bizarre with each passing year. So, just what happened to Mickey Rourke’s face?

In a 2009 interview with the MailOnline, Rourke explained that he had been undergoing reconstructive surgery most of which was to ‘mend the mess on my face due to the boxing.’

He further stated that he’d had his ‘nose broken twice and had five operations on my nose and on a smashed cheekbone.’ According to the former pro-boxer, he, unfortunately, went to the ‘wrong guy’ to have his face put back together.

There is no doubt that Rourke has gone under the knife severely. It is possible that he’s had the ‘wrong guys’ do his various facelifts but there are suggestions that this is simply a case of overdoing it with the Botox and countless surgeries.

Everything that could go wrong went wrong with the Stormbreaker star’s looks. Excessive Botox to remove lines on his forehead has made him appear so plasticky.

For a man his age, it is normal and even expected that he’d have facial lines in the way of Brad Pit or George Clooney but Mickey has none and it’s no wonder his unnatural look surprises us all.

Also, you don’t need a keen eye to notice the awkward curve between his ears and cheeks. This is a sign of a poorly done facelift. It is likely that the cheek enhancement was done by inserting dermal fillers or pumping fat into them.

This has led to his face looking more feminine, a huge contrast from the hunk of a manly man he was just a decade or two ago.

Since the days of Nine-and-a-half weeks and Harley Davidson and the Marlboro Man, Mickey’s chiseled chin has been a favorite among his female fans.

Over the years though, his beloved chin has become larger and chunkier, which could be a result of a surgical procedure known as augmented transfer.

While the procedure is supposed to restore bone lost due to ageing, it’s just made Rourke’s lower face look heavier.

Some cosmetic specialists have speculated that from the look of things, there’s no doubt that Mickey has had a full blown facial and neck lift. While this has helped a bit with reducing the ageing lines, we all agree that many of his facial features including the lips and even nose appear off.

Wondering what’s the deal with his lips? The lack of definition around his lips is likely a result of excessive fat transfer or dermal fillers too. Unfortunately, this has resulted in a longer top lip that covers his teeth too much, leading to a very aged look.

Rourke is obviously not the only celebrity to have gone under the knife. The only difference is that the person or people he has entrusted with his cosmetic enhancements are not doing a particularly great job. Perhaps it’s time for him to cut back on the Botox?