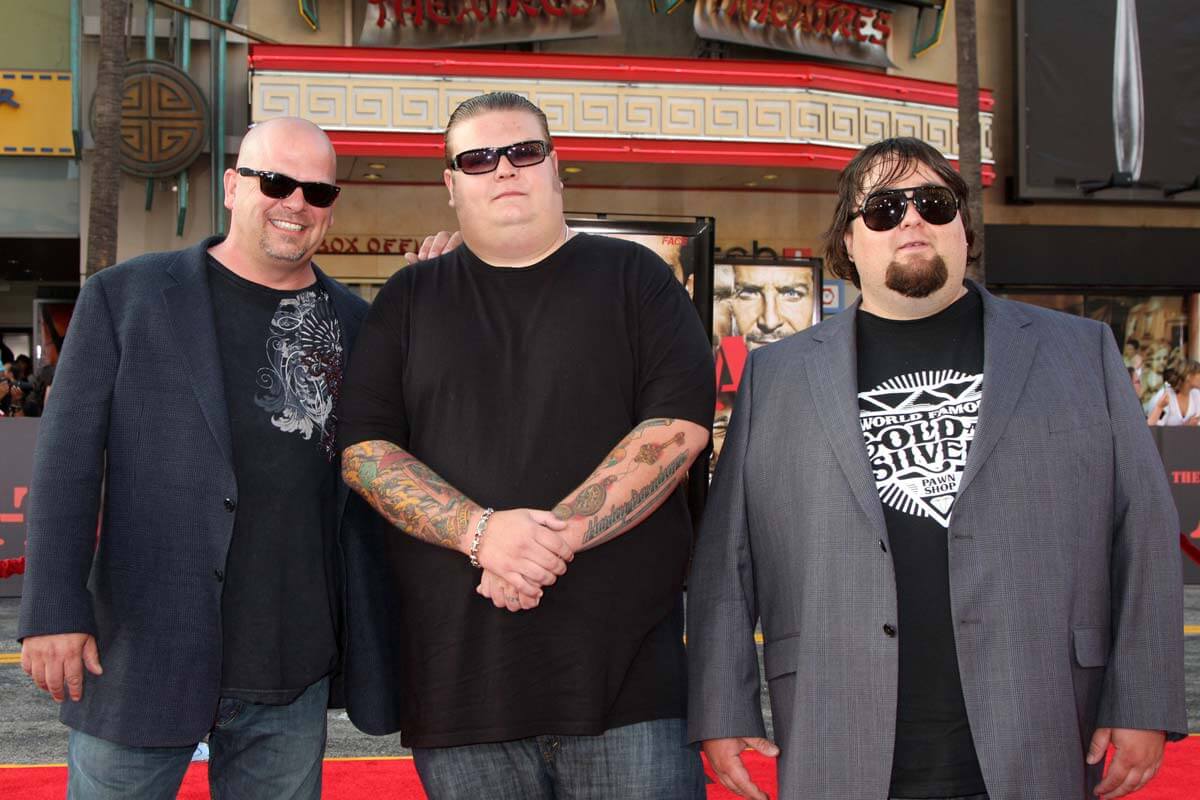 Part of what makes History Channel’s Pawn Stars interesting week after week is the variety of antique items brought to the shop. Not only is each episode hilarious, but you also get to learn a great deal about historical artifacts, some of which are worth nothing and some of which fetch thousands of dollars.

Being avid fans of the reality series, we went through each past episode to compile some of the most interesting items on Pawn Stars. Going down memory lane was quite tasking (Pawn stars has been aired since 2009!), but it was well worth it.

Read on for the tickles and the surprises!

Blood transfusion set from the 1950s

The thought of a blood transfusion is scary all by itself. But, modern medicine makes the procedure as painless and fuss-free as possible, and only a small needle, bag, and rubber tube are needed.

But, this wasn’t the case in the 1950s when hospitals used clunky tubes, an arm’s length suction pump, and several tongs to transfuse blood. Yikes! This exact equipment came through the doors of the Gold and Silver Pawn Shop, and it gave everyone the chills.

Chumlee purchased the blood transfusion toolkit for $125. Incredible as it may seem, don’t be surprised that a collector who fancies antique medical equipment paid a fortune for this item.

Not much needs to be said about Dr. Martin Luther King Jr. He was a legend; he fought the good fight, and humanity is better off for his work. Enough said.

So, when someone comes in with anything related to Dr. King, you can bet that the pawn shop would be willing to pay a fortune for these types of items as long as it is the real deal.

This actually happened when a collector brought in a copy of Dr. King’s famous anti-war speech. The icing on the cake was that the copy had King’s signature, and he had given the speech in 1967, just a year before he was tragically assassinated.

Rick Harrison immediately recognized the speech’s historical significance, and he and the seller settled at $10,000 for the autographed piece.

Another interesting written piece on Pawn Stars was the original, autographed script of the Godfather. The shop brought in John Reznikoff, an expert autograph authenticator.

Using a magnifying glass, Reznikoff analyzed the autograph and concluded that it belonged to Al Pacino, the film’s famous star. It was subsequently determined that the script was worth $2,000.

Luckily, the pawn shop owners offered just $500 instead of the $2000. The seller turned down the offer and sold it at $12,000 at an auction, getting away with the extra cash.

In the collectors’ world, antique coins can be tricky– a single coin can cost a lot or be worth nothing. Quite a number of people have come to the pawn shop with antique coins, but only a handful have made an impression. One such coin is a gold peso from the Spanish Empire minted in Peru. The owner, Jody, had inherited one of the rarest coins and knew it was worth a lot of money.

Jody valued her cool item at $18,000 due to its interesting history. It turns out that the gold coin was part of a huge loot valued at $14 million stolen from Havana and shipped to Spain in 1715.

They struck a deal, and the pawn shop bought the antique gold coin for a whopping $11,000. Not many old pennies are worth that much– both the seller and buyer were lucky!

Anything related to John F. Kennedy attracts a lot of interest. So, when Rick came across a JFK cigar box, he knew he had to cut a deal immediately.

After some negotiations, the original owner agreed to a $60,000 offer in exchange for the rare presidential personal possession.

This particular cigar box was attractive because several unsmoked cigars were inside, and for its significance in American history.

Rick said the $60,000 was a bargain for the valuable item, revealing that a collector would be ready to part with at least $125,000 for JFK’s cigar box.

The French are known for many macabre things, but probably none is as shocking as the duck press, a solid piece of history. Unsurprisingly, when this item made its way to the pawn shop, no one could figure out what it was, only because it looked like a barbaric torture device.

Rare to come by these days, a duck press is a large, scary-looking piece of kitchen equipment typically made from heavy metal. It has a crank, a wheel, and four legs designed to look like duck feet. What it is used for will shock you more!

Chefs use duck presses to crash the carcass of a roasted duck, including the bones and all internal organs except for the liver. The animal is pressed inside the machine until the bones and organs liquify.

The juice and fat from the bird are collected in a pan, sieved, and thickened with pureed duck liver. Red wine and cognac are added to give it a rich fermented taste.

Despite its interestingly macabre history, Richard “Old Man” Harrison didn’t think the duck press was worth the $3,000 the seller asked for; for him, it just wasn’t worth its weight in gold.

Wild animal poop doesn’t exactly qualify for a collectible antique, but it did find its way into the World Famous Gold & Silver Pawn shop as one of the odd items in the show’s history.

In one unforgettable episode, a man confidently walked into the shop carrying a peculiar briefcase. Chumlee and the Old Man were obviously curious about the contents of the carry case, but they were unpleasantly surprised when the man opened the case.

Inside was a can of elephant dropping. What a load of crap! What’s worse was that the seller asked for a whopping $10,000, insisting that the can of crap, aptly named Zoooo, was rare and therefore expensive.

Probably amazed by the seller’s guts, Chumlee paid $20 for the droppings, but The Old Man wasn’t buying any of it even at a bargain price.

We thought we had seen it all before until someone came knocking with so-called dinosaur eggs. At face value, it is easy to assume that dinosaur eggs would cash in hundreds of thousands of dollars; dinosaurs, after all, are the stuff of legends. The seller was confident that her rare eggs would fetch at least $20,000.

After an expert examined the eggs, he found that the eggs belonged to Dendrolithus, a common type of dinosaur. The eggs were not rare either, as thousands of them are in the global market.

Instead of the $20,000 the seller asked for, Corey Harrison paid only $500 for the weird-looking eggs.

It is not uncommon for someone to enter the pawn shop fielding an item whose worth they grossly underestimate. This was the case with a lady who brought in an inherited piece of jewelry; she didn’t know how much it was worth and wasn’t expecting the spider brooch she held in her hand to mean anything.

Rick almost screamed when she saw the brooch by Faberge, the world-famous luxury jewel house (1842). Faberge is known to make expensive jewelry decorated with rare stones and associated with wealth and class.

The lady was contented with just a few dollars. Although Rick offered her $15,000, making it one of the most expensive items, the brooch was actually worth $80,000.

There are many rare, expensive, and downright interesting items on Pawn Stars. You can catch new episodes every Monday at 10.00 PM EST.