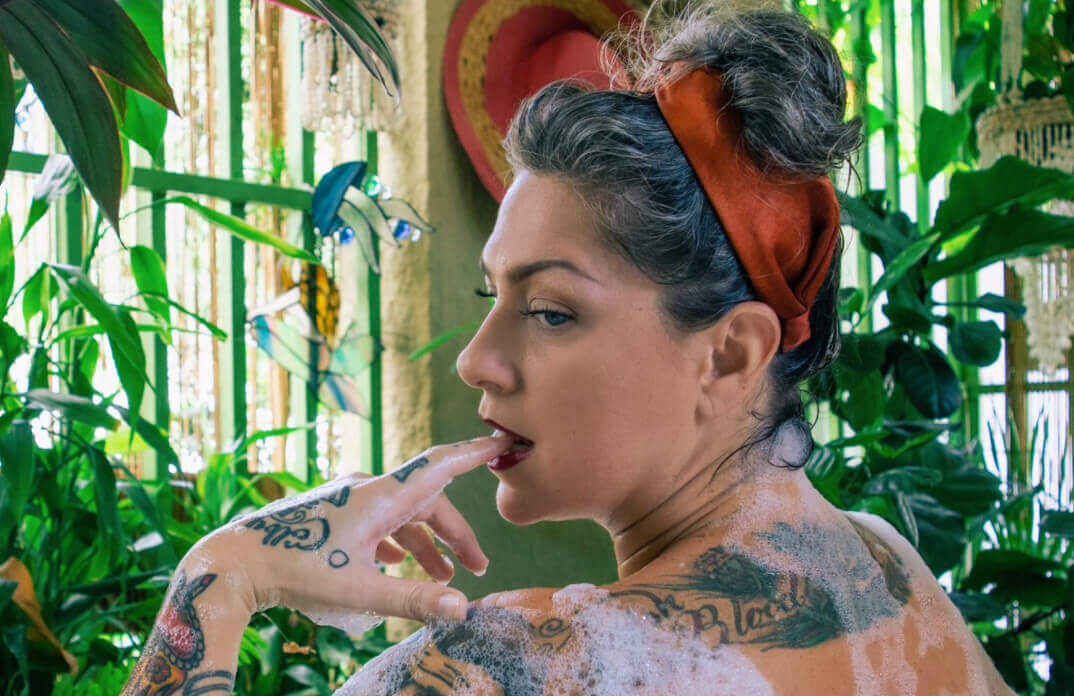 It might just be your dream to set out on a treasure hunt journey across the country with your friend, but the cast of History Channel’s show American Pickers actually gets to do this.

Mike Wolfe and Frank Fritz go on a journey to find interesting, and valuable antique pieces for their shop.

Although Fritz and Wolfe are the faces of the show, there is one person without whom the show wouldn’t run as smoothly as it does.

Danielle Colby is the person who oversees all the operations, from making the call to giving them the leads and even hassle over price.

She is one tough cookie who has viewers hooked onto the show since she first appeared.

She is the office manager who is every employer’s dream employee, but that isn’t even the most interesting aspect about her.

Now the audience knows that Danielle has another side to her, something which nobody could guess when they first see her.

Mike Wolfe’s association with Daniel goes way back into the early 2000s. He saw her as someone who had the edge and was equally passionate about history as him.

When he first asked her if she even wanted this job, Danielle thought he was kidding. She thought she could never sustain a career in antique archeology and would probably be fired soon enough.

Wolfe and Fritz laid out the whole plan in front of her, and her reaction was, “Are You Joking?”

Colby was married and had two kids. She didn’t think she was the right person for the job, but Wolfe knew it. He convinced her and knew she was the perfect addition to their reality show.

At the end of the day, reality shows only work if the cast members have enough personality, which Danielle most definitely had.

One look at her is enough to tell that she stands out from the rest. Her cat eye makeup with many tattoos on her body (30 to be precise) only added more to her appeal.

She became such an integral part of the show that people started recognizing her everywhere she went. Colby wasn’t ready for the kind of fame she got, and it even resulted in her first marriage crumbling.

Her husband also couldn’t adjust to something like this, so they parted their ways. This incident only made her more determined, and her belief in self-love only grew stronger after this.

If Danielle could describe herself in one word, it would be “Feminist.”

She is one of those strong-willed women who do not throw around this term lightly. Her obsession with history also came from a very interesting point. It started by studying exotic female dancers in history.

She believes these were the women who were the classiest of them all despite whatever society called them. She is extremely well-known for her persuasive and bargaining skills.

She learned these skills by studying these women; they used what they had to market themselves and earned money from it.

Danielle learned marketing techniques from them. By studying the artists, she fell in love with the art. For the last decade, Danielle is living two lives.

In the daytime, she is Danielle, the multitasker office manager, but she is an exotic Burlesque performer at night.

She has even given a name to her other persona, she alter ego, Dannie Diesel. Since the last decade, she has been learning the most interesting part of her daytime job is to find bejeweled clothes of old dancers.

She believes the art of striptease is not as appreciated as it should be. Colby would never become a Burlesque queen because she would like to have a life outside as well, but this is something she won’t ever give up either.

The Reason Behind Quitting The Show

Many fans are worried that Danielle will leave the show in 2021. The rumors started after she said in an interview that antique archaeology wouldn’t be her last job.

There were also some talks of her getting her spin-off, but nothing has been materialized yet.

Some people also believed that Danielle got plastic surgery done and she is taking a break, but there is nothing that suggests if this news is true.

Danielle has certainly got more confident in her skin after she took Burlesque lessons, and today, she celebrates everything her life has given her. She has also recently gotten married again, and that seems to be one good reason for her to quit the show and focus on the more exciting stuff.

While the show’s fans would be devastated to see the reality star leave, they know that Danielle would always find a way to stay connected.