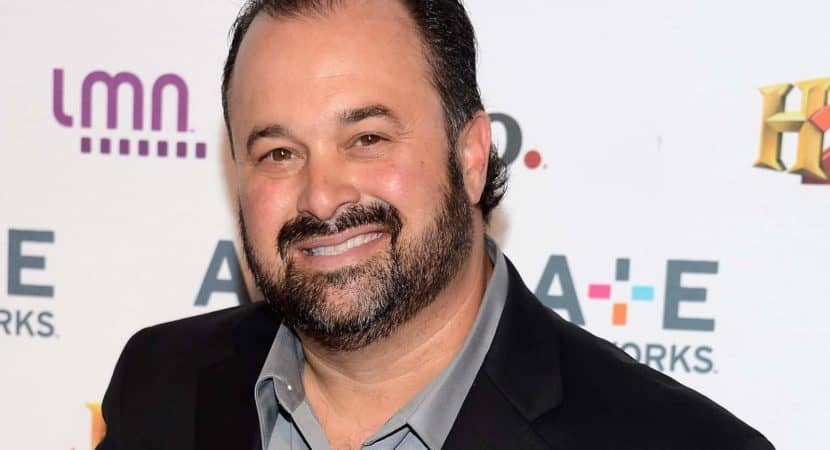 If you are an antique lover, you have valid reasons for spending your money on artifacts that are 100 or more years old.

For instance, there is always a reason or story as to why acquiring an antique object may make more sense than buying a new one.

On the flip side, it may appear absurd to people who are not interested in antiques to invest in objects that’ll just sit in glass cases on display.

If you fall in the latter group, Frank’s show, American Pickers, can shine a new light on this amazing hobby and make you re-think the value of those items rotting in your attic. Take a look at his book to learn how to pick the winners! 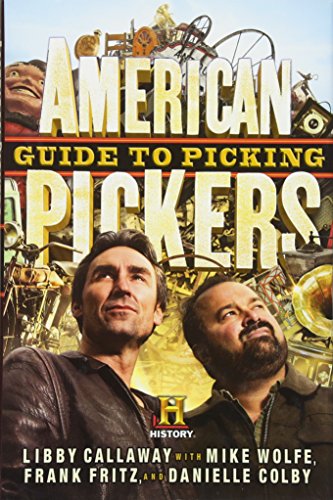 In the show, the duo is always on the hunt for antiques and valuable collectibles, making their way across America’s garages, barns, and junkyards.

The two actually go way back. Both attended Sudlow Intermediate School in Davenport, Iowa and became close friends over their shared passion for collecting stuff.

Frank has loved motorcycles from an early age, having owned mini bikes, a dirt bike and street bikes as a teen.

He once held jobs at Quad-City Automatic Sprinkler and Coast to Coast Hardware to finance his dream purchase: a $4,100 Harley-Davidson!

When he finally pulled up with it at his parent’s doorstep, they almost lost it when finding out about the hefty price tag.

Despite showing early interest for the “rusty gold”, Frank did not pursue a picker’s profession for another 25 years.

Instead, he worked as a fire inspector and limited his passion for collecting things to firefighter and firehouse-related trinkets.

Things changed when Fritz made a sizable profit of $460 after selling an item he had originally purchased for only $15. Smelling opportunity, he quit his job in 2002 and went into the business of antique collection, opening “Frank’s Finds” in Savanna, Illinois.

Fritz joined American Pickers as a co-host on the 18th of January 2010 to an audience of 3.7 million. The show has been airing for more than 10 years and still enjoys a massive following.

As viewers know, Frank is a real deal maker on the show (Mike nicknamed him the “the bearded charmer”) and some of the finds he and Mike come across are absolutely incredible, to say the least.

Frank calls himself the modern-day antique collector and searches for any object that is old and unusually interesting—whether it is a toy, old vehicle, banner, firearm, or motorcycle.

Speaking of which: as we learned earlier, Frank does have a weak spot for a good road bike and Mike has to sometimes intervene, stopping him from shelling out a pretty penny for yet another motorcycle for his collection.

That being said, while American Pickers is portrayed as a ‘reality’ TV show, not everything we see there is completely unscripted.

Many sellers on the show have alleged that the actual prices of the antique items are agreed upon before filming takes place.

However, they have complained that once the camera starts rolling, Frank and Mike begin haggling for prices that are way below what they had agreed off-screen, leaving sellers feeling ripped off. They also claim that the two are not as friendly as they seem on TV.

There are also rumors that some of the big finds are planted in places such as yard sales and garages to make for good television.

Well, of course, this is something the producers might do, otherwise, the show would become boring if the crew didn’t ‘discover’ unusual finds now and then.

All speculations aside, Mike has maintained that American Pickers is real and the crew is made up of actual pickers who continue to collect antiques outside of the show.

Let’s keep in mind though that Mike and Frank both are out to cash in on their finds, making for some healthy competition on the show.

What Happened To Frank?

Since the news of his arrest became public in 2017, Frank’s fans have asked a lot of questions about his whereabouts. There are even rumors that he passed on!

The patrolman who pulled him over reported that he appeared somewhat confused, had slurred speech and was under the influence of alcohol and Xanax.

He was then arrested and charged with Operative While Intoxicated (OWI) first offense.

Frank later pleaded guilty after having been taken to Davenport’s OWI District Court where he allegedly failed both drugs and sobriety tests.

It is reported that his plea deal comprised of a fine of $625 with $80 court costs plus unsupervised probation for a year.

The court also ruled that Frank had to be taken through a substance evaluation as well as other prescribed treatments.

This unfortunate incident forced the star to skip several episodes of the show and it is what made most of his fans worry about him.

Aside from this run-in with Uncle Sam, Frank had a dispute with a guy named Jerry Bruce from Greenville, South Carolina, over a piece of farm equipment. Bruce allegedly never received the item he had paid Fritz for.

Even though Frank never cashed Bruce’s $300 check, the two still ended up in court, where the jury sided with Jerry.

Frank Admitted to Suffering from Anxiety

In spite of his much-publicized arrest, interview, the reality TV star insisted that he is not a big drug user and that he didn’t have time to do drugs.

Asked about his Xanax prescription, he admitted that his celebrity status put him under a lot of pressure, which led him to seek medication to treat anxiety.

In addition to the alcohol and Xanax, Frank also had THC in his system at the time of his arrest. THC is the main ingredient in marijuana that causes highness. Concerning this, he said he had smoked the substance while in Colorado three weeks before his arrest.

For the record, American Pickers’ Frank is alive and well. Although he was arrested for an incident on the road in 2017, it was neither a road accident case nor did it result in his death.

The star had made an unlawful U-turn that could have caused a severe accident.

Frank’s subsequent absence on the show while attending to the year-long probation and court-mandated treatment programs further fueled the gossip about his demise.

Which One of the American Pickers Died?

Another explanation for the continued rumors is the fact that one of his partners on American Pickers, Mike Wolfe, has been falsely declared dead as well.

To add more to the confusion, another online outfit reported on an individual named Mike Wolfe, who allegedly kidnapped and murdered a woman named Karissa Fretwell and her son, Billy.

Fortunately, neither of those dreadful news relate to Frank’s buddy Mike.

On the show, Frank is constantly seen on the road traveling with his childhood buddy Mike. This, and the fact that he is notoriously private about his personal life has led to the unrelenting question: is Frank gay or not?

Well, Mike and Frank are not in a romantic relationship. Mike is married to Jodi Faeth with whom he shares a daughter, Charlie. Co-host Danielle had something to say about the gay rumors.

She asserted that if Mike were gay, he would shout it from the rooftops and would be the most flamboyant gay man ever.

Frank, on the other hand, regularly posts pictures of himself with a lady, whom he has revealed is named Diana.

Other than the cuddly pics, he has never been one to spill the beans about his love life. Still, this is enough to squash those gay rumours.

So, Where Is Frank Now?

Despite all the turmoil, American Pickers seemed to have trusted in its cast member, as Frank is still working for the show.

The duo, together with Danielle Colby-Cushman, are still hosting the show’s season two which aired on Mon Sep 02, 2019.

Besides his work on the show, Frank runs a Savannah-based antique shop called Frank Fritz Finds.

It is reported that Frank Fritz’s net worth is about $4 million. The television personality allegedly earns an estimated $500K per year from his American Pickers gig while the rest of his worth is attributed to his antique dealership, which includes his store.

During the eighth and ninth seasons of American Pickers, the audience started to notice that Frank slimmed down significantly. Our guess is that the TV star must have lost at least 40 pounds of body fat, leading to a drastically changed appearance!

Fans started to worry, and rightfully so. It turns out that the very private star had been battling with Chron’s disease for over 27 years. Inflammation in the digestive tract can lead to abdominal pain, diarrhea, fatigue, weight loss, and malnutrition.

“I started losing weight and ran with it!” Frank declared before the start of the 9th season of American Pickers.

He continued on, saying that his team is aware of his health condition and he has become a master of dealing with it when traveling. He wants to inspire people who suffer from Chron’s and show that it is possible to live a productive life, despite the social stigma of the disease.

Despite staying far away from each other due to the global health crisis, neither Mike nor Frank have plans to quit the show.

Based on the Instagram posts of the former, the childhood friends quarantined in two different states.

Mike is holed up at his home in Leiper’s Fork, Tenn., about a 40-minute drive from his Antique Archaeology store near Nashville. He frequently shares photos from his adventures with his wife Jodi and 8-year old daughter Charlie.