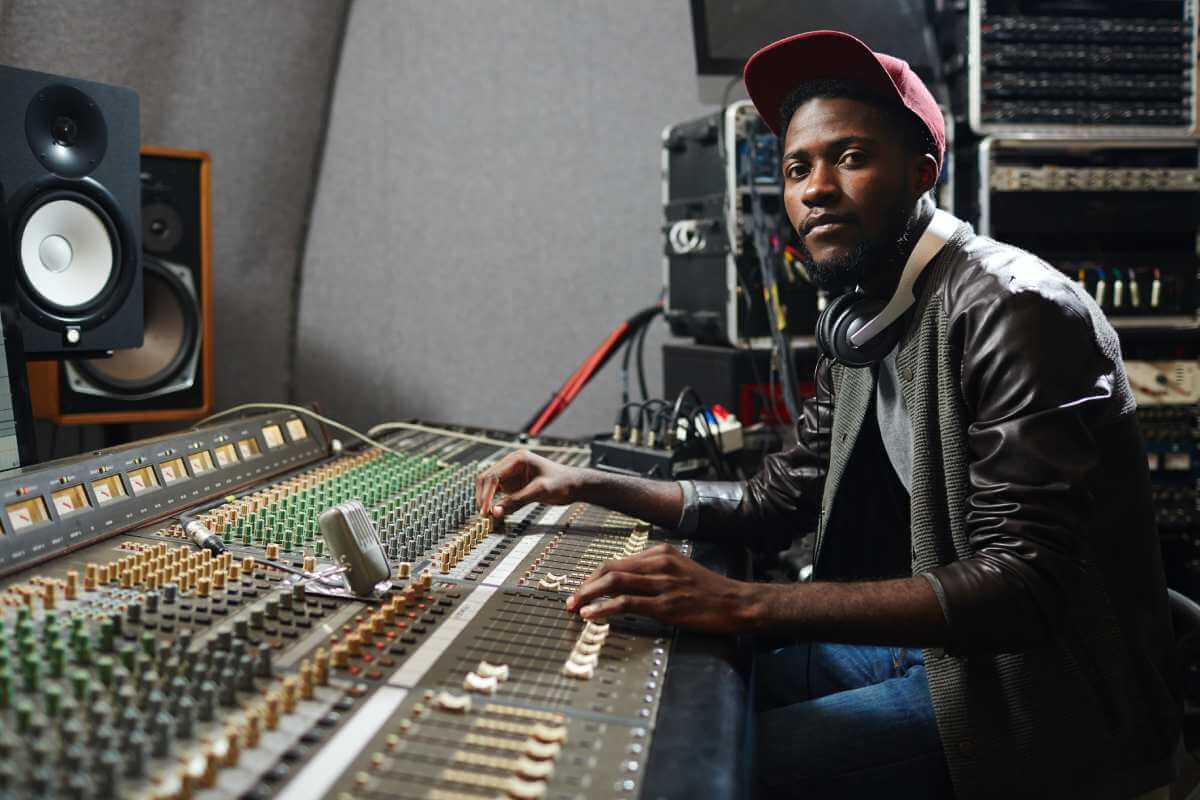 There is no doubt that most rappers work really hard to entertain their hordes of fans. Something else they do very well is flaunting their wealth, leaving our tongues wagging with envy.

The bling, babes, and bundles of money are abundant at all times, and it makes you wonder if all this is truly theirs or if they are just faking it until they make it.

Well, the likes of Jay Z, Eminem, Nas, Kanye West, and probably Kendrick Lamar are worth millions of dollars, but they’ve also had long music careers and time to build their wealth.

So, when you see these new kids on the block flossing with insane amounts of money, showing off super exotic sports cars, and donning chains of gold and platinum, it makes you wonder: are rappers actually rich? How do they make their money?

Well, that depends on the opportunities the rapper is lucky to secure. Read on to find out more and figure out whether your favorite rapper is rich.

Are Rappers Really As Rich as They Say?

Not all rappers are as super-rich as they like to portray to their fan base. That said, some have indeed made considerable wealth and are truly as rich as they appear. Let’s look at some ways rappers make their money.

Live performances and tours are some of the biggest money-makers for rappers and other musicians.

The average concert attendance may have dropped, and live concerts may not be as popular as they were some twenty years ago, thanks to today’s on-demand streaming platforms. That said, millions of hip-hop fans still attend concerts to watch their favorite artists.

Depending on the attendance, a single concert can net a rapper over $200,000. If they’ve lined up several of these concerts and the attendance is good, they can easily make millions in just a few weeks.

You might wonder who buys physical CDs anymore. Indeed, album sales have drastically declined in the last decade. But, believe it or not, tons of people buy physical and digital albums of their favorite artists, and rappers are cashing in! So album revenues are another way that top rappers make money.

There’s hardly any hip-hop star that doesn’t have a YouTube channel. In this digital age, platforms such as YouTube make it possible to monetize your content, and we know of many musicians earning handsomely through their YouTube channels.

For example, it is reported that Young Boy Never Broke Again earns a whopping $1.4 million each month just from his YouTube channel, which he primarily uses to release new official music.

Other rappers with a huge following and earning handsomely from social media platforms include the female rapper DojaCat, Eminem, Drake, Juice WRLD, and Lil Nas X.

YouTube is a game changer for the music industry. Social media is a big reason new rappers seem to be making lots of money in such a short time. Social media celebrities have found a way to monetize their content through bumper ads, in-stream ads, on-demand streaming services, and pre-roll music video ads.

Professionals in the creative industry, including rappers, receive copyright, public performance royalties, and mechanical royalties. They own their songs as intellectual property and therefore receive a fee when other people publish, sell, use, or monetize their songs.

On-demand streaming is known to earn famous rappers millions of dollars. Hip-hop stars can easily access a global market and earn thousands of dollars by making their songs downloadable on the internet at a small fee.

But, it is worth mentioning that on-demand streaming may not be as lucrative for the less wealthy people. Streaming platforms such as Apple Music, Spotify, and Google Play charge musicians a small fee averaging about $0.0040 per stream while the rest goes to the entertainer. Plenty of middlemen in the music streaming business also cut into the small profits musicians earn from the platforms.

The tax burden further eats into the profits from on-demand streaming. Musicians’ royalties attract heavy taxes, but the richer rappers may not feel the pinch as much as the independent artists.

Unlike pop and rock musicians, hip-hop stars have no hesitation in endorsing a brand; this can be a great source of income, depending on the brand one is promoting.

After all, the hip-hop culture is associated with money, hustling, and making it in life despite all the odds. Being successful or appearing successful is important for rappers, so they are eager to earn as much as possible, promoting brands looking to partner with them.

Brands also benefit from partnering with local celebrities. Today, brands use several creative strategies to make the most of their partnerships with well-known rappers. It is common to hear rappers name-drop brand names in their lyrics, which is part of brand advertising.

Promoting and selling branded products such as clothing, makeup, fragrances, and shoes is another big source of income for entertainment professionals, including rappers.

Of course, branded merchandising is more lucrative for rappers already known in the industry. That said, social media allows up-and-coming artists to gain followers quickly and start selling their merchandise.

Aside from physical products, rappers sell exclusive email subscriptions, album and song downloads, and other products.

Musicians have reproduction rights over the commercial use of their music. They collect a portion of the sales of their physical albums from music-selling platforms such as Google Play and iTunes.

They will also collect a fee for selling their multimedia files and when their songs are played in shopping centers, companies, or for other commercial use.

The fee per sale depends on factors such as the terms of service between the seller and record label.

Like other entertainers, rappers can earn handsomely through their synchronization rights. When the musician’s song is used on a tv show, movie, commercial or other media, they earn a fee.

So, are rappers actually rich?

The reality is that it is hard to make the kind of money we see many rappers flexing. It takes a lot of hard work, many hours spent perfecting your work, marketing savvy, and a bit of luck to become a hip-hop superstar earning millions of dollars.

Some rappers are really as rich as they seem, but many aren’t. The bling, babes, and bundles of cash aren’t theirs; it is all just for show.

If you want to keep it real and actually invest in your favorite rap artist’s career – we’ve got you covered!