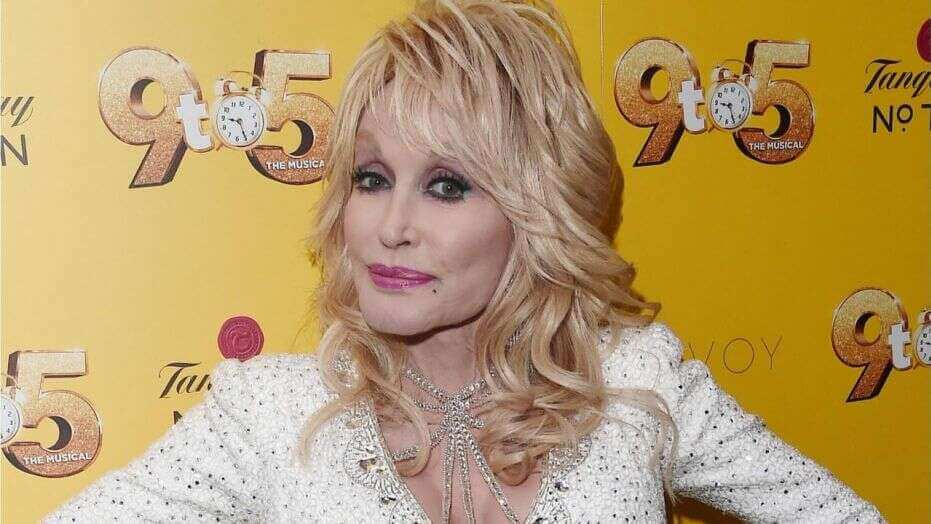 In the world of country and pop music, Dolly Parton remains one of the most iconic artists ever. Her powerful voice, outstanding songwriting skills, and decades of performance have made her one of the most popular women globally.

If you are not into country or pop music and you are hearing the name for the first time, let me take you through some amazing statistics about this star:

Like any other famous artist, Dolly Parton has always been a source of gossip for the media. Unlike other artists, however, it is not her marriage, wigs, makeup, curves or birthday that people are interested in. No, it is something that her fans have been desperate to expose for years: her arms.

Do you remember the last time you saw Dolly Parton wear a sleeveless top?

Come rain or shine, you will be hard-pressed to find a photo in which she can be seen wearing a sleeveless dress, shirt or gown. The blonde Country Queen with a good heart always wears long sleeves. But why does she keep her arms hidden?

Well, some people speculated that the legendary Grammy winner was hiding some injury or surgical scars under her clothes, while others were convinced that Dolly was really covering up some secretive or big tattoos. And as it turns out, that rumor was spot-on.

In a 2017 Vanity Fair interview, Dolly confirmed that she had tattoos up her sleeves. Apart from her husband, not many people know how the tattoos look like, though there are various rumors that the celebrity’s arms are covered in beautiful butterflies.

The rumors have since been confirmed to be true by eagle-eyed fans who noticed a butterfly tattoo through the star’s blouse during a past cast reunion party for her song, 9 to 5.

For the biggest fans of the Backwoods Barbie, the artist’s 42nd solo studio album, butterfly tattoos actually didn’t come as a surprise. The artist has always loved these winged creatures and even released a song in 1974 called “Love Is a Butterfly.” There are also butterfly-inspired rides and attractions in her theme park, Dollywood.

The Tattoos Cover Her Insecurities

Apparently, Dolly’s tattoos cover up some of her old scars that have refused to go away over the years.

She eventually explained in a CNN interview that she does indeed have a secret collection of pretty pastel-colored tattoos which she uses to hide her keloid scarrings: “If I have to get a scar for any reason, I never can kind of get rid of that purple look. So I thought, ‘Well, I’m going to kind of decorate these with some flowers or little butterflies or whatever.’”

Like any other human being, the Country legend with a unique fashion sense – who has always worn a wig and prefers short skirts – is conscious of her looks and uses tattoos to boost her self confidence. Even though her fans may not see the marks, she said that they are there and the tattoos help her feel more comfortable in her body.

Hopefully, now you understand why long-sleeved outfits are always part of Dolly Parton’s eye-popping wardrobe: she aims to cover parts of her body that she feels conscious about. Unfortunately, it is unlikely that anyone apart from her husband and close friends will ever get to see the details of the tattoos.

We only know they are quite pretty, particularly if a past account from her close friend, Jennifer Saunders, is anything to go by.