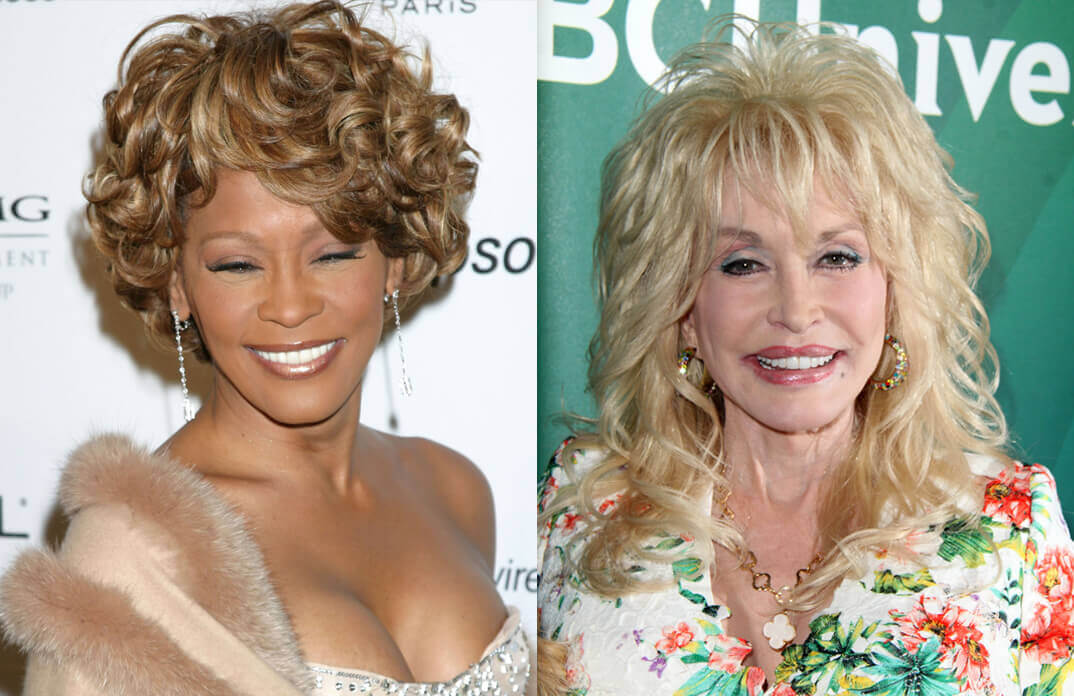 Whitney Houston is considered to be the best R&B and soul vocalist of all time. She cemented her place as one of the most powerful female artists by singing one of the world’s biggest songs, “I Will Always Love You.”

But what may surprise you is that the iconic song sung by the late singer is not original. It’s a cover of a song that was released in the 70s. How is Dolly Parton related to the song that is so heavily associated with Whitney and her legacy?

Dolly’s Connection With The Song

Although the original smash hit is nearly five decades old, many people still don’t know its actual singer and songwriter. The hit song was originally written and performed by Dolly Parton.

She wrote it in 1973 as a tribute to her long-time mentor and late duet partner, Porter Wagoner. She ended the partnership to try her luck as a solo mainstream singer, and Porter wasn’t exactly thrilled by her decision.

The American singer wrote the song to describe a respectful parting between two kindred spirits where mutual admiration remained strong.

Curiously, she wrote this song the same night she penned “Jolene.”

The world heard the song for the first time in 1974 as a single from the album Jolene. Dolly sang it as a country song, and it reached the top of the Billboard Country Music chart. The country version was also one of the best-selling singles of its time.

Before Whitney knocked it out of the part with her cover, Dolly always thought Patti Labelle could do a great rendition of her song. Dolly suggested she take this song, but Patti remained coy about it.

Only after Whitney gained wild success from this one single did Labelle realize her huge mistake.

Apparently, the song was extremely popular with the mainstream singers, and many of them kept on asking the country star to permit them to perform it.

One of the biggest opportunities came to Dolly when Elvis Presley was interested in making his own version of “I Will Always Love You.”

He was a huge fan of the country version and wanted to do it in his style. His manager Colonel Tom Parker contacted her and told her about Presley’s interest in the song.

Naturally, she was extremely flattered and thought about the reach it would get if Elvis sang it. Everyone in her circle also advised her to go for it. But then Parker came with the condition that 50% publishing rights would belong to Mr. Presley. This proved to be a deal-breaker for Dolly, and she couldn’t sign on the dotted line.

Recently in an interview, while remembering this incident, she said that something didn’t feel right, even her record label was encouraging her to do anything they ask as it is for Elvis, but she just couldn’t go through with it.

In 1992 a movie was released by the name of “The Bodyguard.” David Foster and Kevin Costner were the music producers of the album.

They were looking for a song that could perfectly describe how deeply a woman can love a man. Initially, they were trying out different songs and were set on Jimmy Ruffin’s “What Becomes of the Broken Hearted.” When they finally recorded a version of that song, nobody liked it, especially Whitney herself. They just weren’t feeling it.

One of their assistants was a huge fan of “I will always love you,” which had at the time been licensed to Lisa Ronstadt.

Her version of the song ended with two verses, and they decided to follow her style. As soon as Kostner and Foster heard it, they had the arrangement in mind, which was to create a soulful power ballad.

Kostner convinced Dolly Parton to give Whitney the song, and after two decades of the original being released, she licensed it to yet another artist. The rest is history.

It ended up becoming the signature song of Whitney Houston’s career.

Upon release, the chart performance of the song broke records. It stayed on the top of Billboard for 14 weeks. The song ruled the 1993 Billboard Hot 100 and Hot R&B Singles year-end charts. The movie also had the best-selling soundtrack of that year.

The best part was she never heard the final product before it hit the radio. She was driving when she heard it for the first time and couldn’t recognize it until Whitney hit the glorious high notes of the hook.

The song was a mega-blockbuster, and it even reflected on the record sales of the original song. In the 90s alone, Dolly got millions in royalties. Some claim it to be as much as ten million dollars. She bought her house from it, and once she even joked, she made enough money from the song to buy “Graceland.”

When Whitney Houston passed away on 11 February 2012, the song became extremely popular again. It started climbing the singles chart within hours of her passing, and the digital sales kept on increasing.

It found such success again that the entertainment websites predicted how many millions Dolly would make again from the song.

Today Dolly is more grateful than ever that her song became everyone’s song. It made the industry notice her as a serious songwriter, something she was not being credited for before.

The last time she heard the song was at Whitney’s funeral, and she couldn’t keep her tears from falling. She felt she had formed an eternal connection with Houston through this song, and when Jennifer Hudson gave a wonderful performance by singing it at her funeral, that was her goodbye to it.

To this day, she collects publishing royalties for the song. The exact amount is unknown to people, but it’s rumored to be enormous.

Dolly feels lucky that her beautiful song got worldwide recognition and fully credits Whitney’s soulful voice for it.