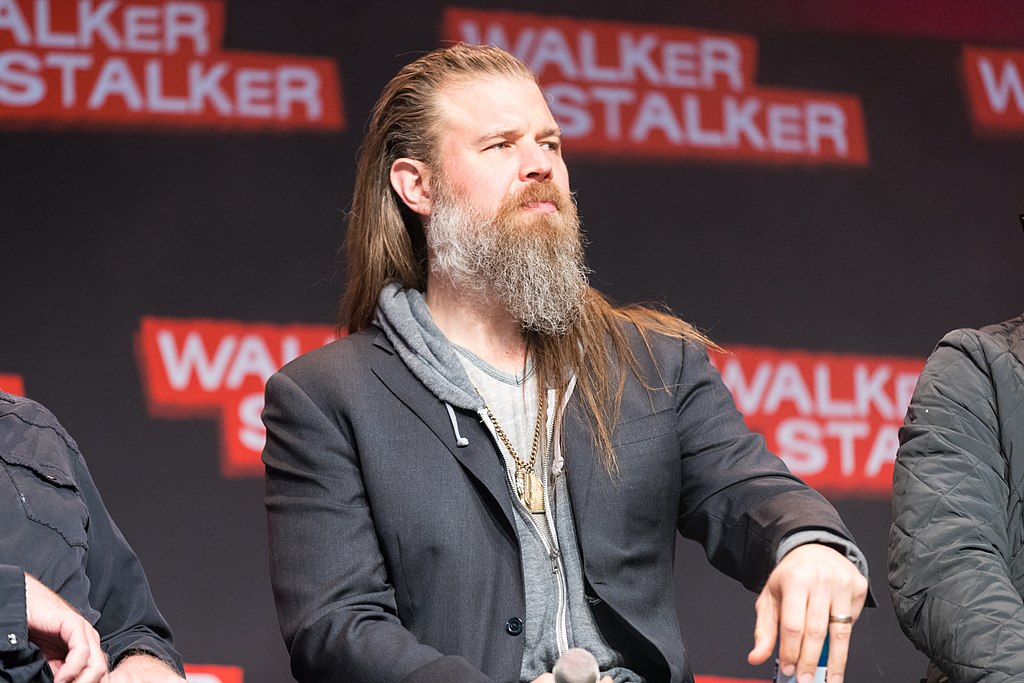 Sons of Anarchy ran from September 3, 2008, through December 9, 2014. The FX show concluded after 92 episodes over seven seasons. The drama series was set in the fictional town of Charming and followed the lives of the members of an outlaw motorcycle club called Sons of Anarchy.

There were other Sons of Anarchy charters around Northern California. The club in Charming was called Sons of Anarchy Motorcycle Club Redwood Original, also known as SAMCRO. The show’s creator, Kurt Sutter, did his research for the show by following a few real-life motorcycle clubs to see how they work. This information helped Sutter write the show with as many accurate details as possible.

Ryan Hurst played one of the show’s main roles, Opie. Hurst lent his acting chops to one of the most tragic and tortured souls on the show, from his very first appearance until his very last, when the beloved character was brutally killed during that gut-wrenching episode of season five.

Opie’s death left fans shocked and devastated, and most didn’t understand why Sutter chose to kill Opie, who had been a major character since the series’ debut.

Why Did Ryan Hurst Leave Sons Of Anarchy?

It was not Hurst’s decision to leave the show. Hurst loved the show, and he loved his character. Sutter’s decision was for Hurst to leave during season five, and the decision was made long before the script was written.

Kurt Sutter had an idea of the direction he wanted the hero, Jax, to take from the very beginning of the series. Before he started writing the script for season one, he knew where he wanted Jax Teller to go—he just wasn’t sure yet how he wanted Jax to get there.

Before Sutter sat down to write the script for season five, it was the first season of the series that he had to start working toward the end of the show. Sutter knew from the beginning that Sons of Anarchy wasn’t going to run for 10 to 15 seasons if it remained popular.

From the very beginning, he planned for the show to run for no more than seven seasons, even if it was the most popular television show. According to Sutter, he needed seven seasons and no more to tell the story of Jax Teller and SAMCRO. He knew that season five would be the catalyst to get Jax where he needed him to be for the series finale.

Sutter wanted Jax to become dangerous and turn to the dark side. Because Jax Teller was such a strong character, Sutter knew it would take Jax’s major to turn. Sutter wasn’t ready for Jax to completely go off the deep end, which is why he kept Tara alive throughout season six.

Tara was the love of Jax’s life, and Sutter knew that killing here too soon would push the storyline along too fast. This left him wondering what else would begin to turn Jax dark, which led him to Jax’s lifelong best friend.

When Jax saw a prison guard bash his best friend’s head with a bat, something inside him snapped. Sutter says that something inside Jax also died that day. The good man that Jax wanted to be died along with Opie.

Sutter believed that only Opie’s death would destroy Jax’s plans for a legitimate life free of crime. In the end, Sutter had to kill Opie to change the course of Jax’s destiny.

According to Sutter, he sat down with Hurst to discuss Opie’s death. The showrunner allowed Hurst to read the script following Opie’s death, and he understood that his character’s demise set everything in motion for the show to end the way it did.

He was the catalyst that turned the hero into the villain and back again, which had been Sutter’s vision from the very beginning.

Why Did It End With a Jailhouse Beating?

According to Sutter, he chose a jail beating for Opie’s death because things like that happen in the real world. In September 2016, Sutter says that he saw a news story where a video had surfaced about what corrections officers in an Alabama prison were doing to inmates, which Sutter says makes the story plausible.

He says that Opie’s death was fitting for the character because he was an honorable man and did what was necessary, even if it meant he had to sacrifice himself. That is exactly what happened when he spent five years in a prison cell. He sacrificed himself for the club once, so why wouldn’t he do it when he had nothing left to live for?

Ryan Hurst’s exit was difficult for Sutter and Hurst, but both men understood that Jax’s story needed to be told, even if that meant a major death and sacrifice of one of the show’s favorite characters.

Update:
The creator of the television series recently revealed that Sons of Anarchy will be a “universe” of 4 different shows, including a prequel and a sequel to the original series. Exciting times!