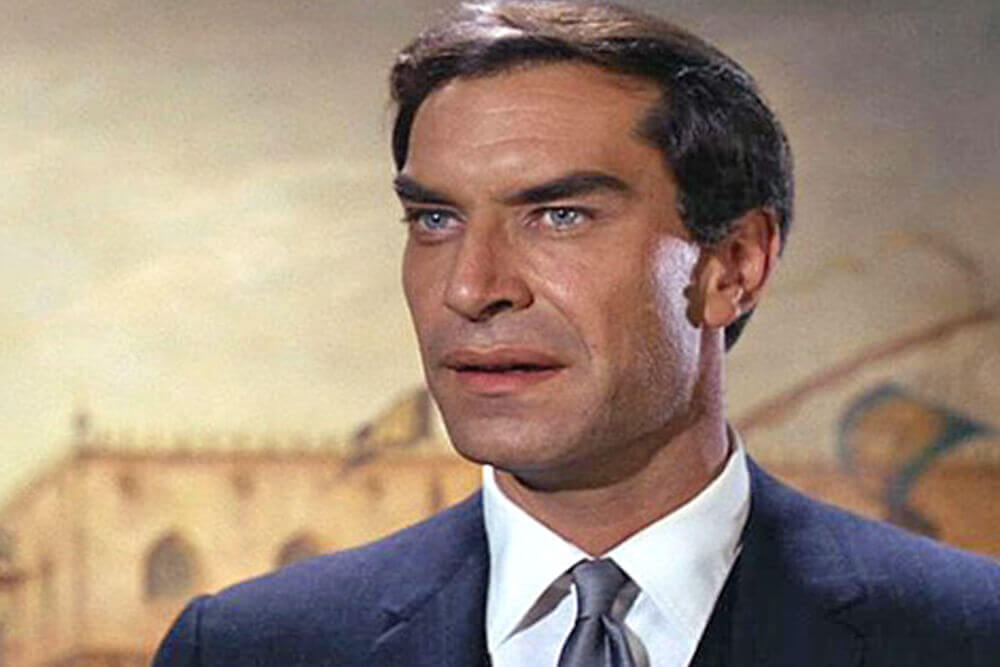 Mission: Impossible premiered in 1966 and kept the viewers hooked until its last season in 1973.

The TV series’ creator Bruce Geller was heavily influenced by the 1964 classic Topkapi. He wanted to create a show that was way too slick for its time.

Geller’s original vision was to have a team of small-time criminals being recruited into a special force unit.

He initially titled it Briggs’ Squad and had a shady backstory for every character. Barney Collier was supposed to be a gambling addict, Cinnamon Carter would have had a drug problem, and Martin Landau’s character Rollin Hand was a thief.

Desilu Productions didn’t like it, but Geller eventually got them to green-light the project by creating a more positive image for the main characters. However, he always stopped short of diving too much into their backstories.

It’s highly uncommon that a TV series gets adapted as a movie that does enormous business even after two decades have passed since its premiere.

The Mission: Impossible movie franchise is considered a pioneer in the heist genre, spawning successful sequels and inspiring the equally popular Ocean’s films.

With the 60s television show already being a gigantic hit, the movie’s success was a total surprise. The Spy Thriller made Tom Cruise a bonafide global superstar. He was already having a pretty good run with Top Gun and Jerry Maguire, but the Mission: Impossible film series cemented his status as one of the biggest Hollywood stars.

While the audience may have loved the action/adventure movie, certain people weren’t fans of this adaptation. These people were the original cast members of the Mission: Impossible tv series.

The show was about team effort, but in the film version, Ethan Hunt is the super-agent who does it all without breaking a sweat.

They hated that the whole concept was changed, and one of the most loved members in the series, Jim Phelps, was villainized in the first movie.

Martin Landau portrayed the character of Rolling Hand in the original series. He was an IMF agent who was also a great actor, escape artist, skilled makeup man, and magician.

He could pull off such a vast range of looks that he was called “man of a million faces.”

Landau made his film debut with Alfred Hitchcock’s North by Northwest.

When the Academy Award-winning actor was signed, his role was more of a special guest star than an actual leading role.

Initially, Dan Briggs and Jim Phelps were the only two main IMF members who would pick a new team for a mission.

But during the first season, both of them kept picking the same group of people. Landau’s character was also a part of the group, and thus, he became one of the “regulars” of the series.

The producers even inked a new contract for him as a regular cast member in the second season.

However, after the third season, the American actor decided to leave the show after some contract dispute.

His wife, Barbara Bain, also quit the series since the producers didn’t agree to a raise.

Throughout its run, the Mission: Impossible tv series was plagued by cast members leaving due to low pay. This was shocking for the fans as the program was a hit. The producers preferred introducing someone new and cheaper instead of keeping their star cast by paying them fairly.

The producers of the Mission: Impossible movies didn’t repeat that mistake. It’s safe to say that Tom Cruise won’t get with any film project without an obscene amount of money. After all, he is the ultimate crowd magnet. If we compare Tom’s fees today to whatever the cast was asking back in the 60s, it’s likely going to make anyone’s mind spin.

Even after leaving the Mission: Impossible TV series, Martin Landau went on to have a distinguished film career. He was nominated for an Oscar in 1990 for Woody Allen’s Crimes and Misdemeanors.

Eventually, he won the Tinseltown trophy for his role in the 1994 feature film Ed Wood, directed by Tim Burton.

Sadly on 15 July 2017, the actor passed away in the UCLA medical center due to unexpected complications.