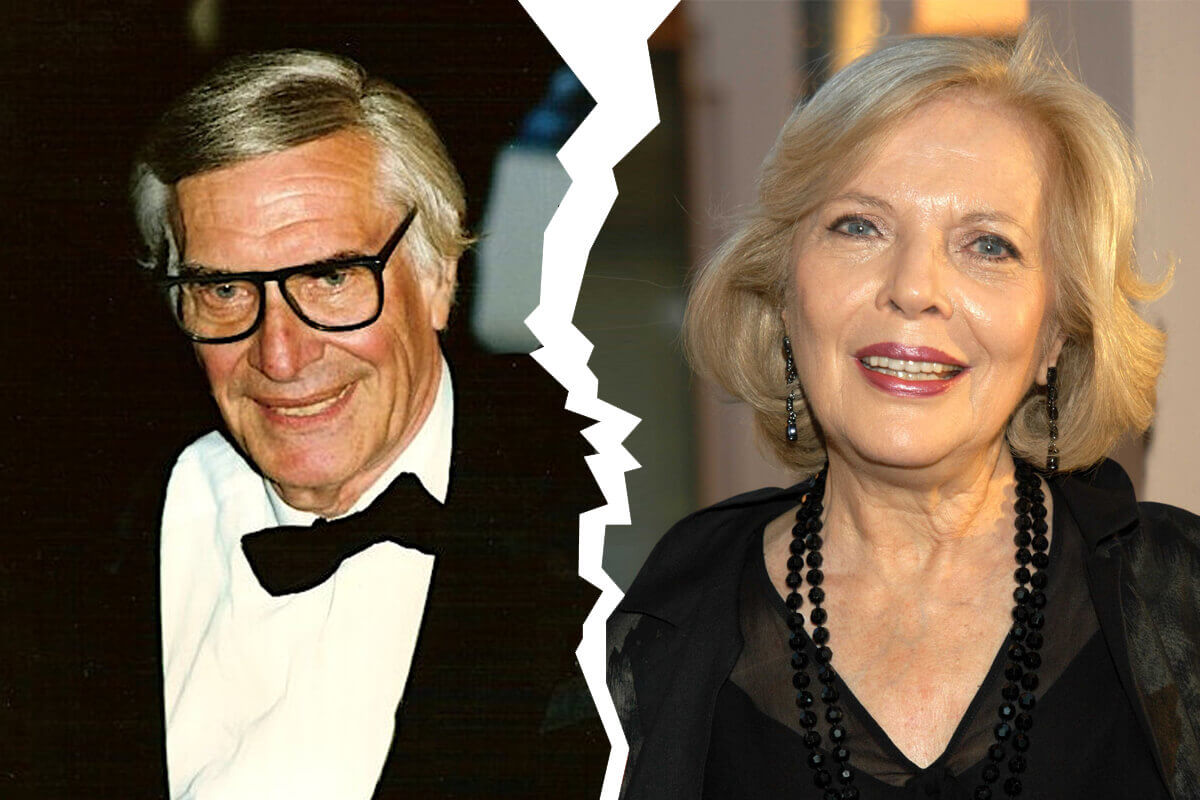 Martin Landau and Barbara Bain are no strange names in Hollywood. They are some of the forefathers of film with an exciting love story of their own. Besides being the lead stars on the television series Mission: Impossible, the two were also co-stars in Space: 1999 from 1975 to 1977.

Landau also landed other lead roles in Crimes and Misdemeanors (1989), North by Northwest (1959), and the most notable and recent one Ed Wood (1994), which earned him an Academy Award.

According to Barbara Bain, the actor embraced each role with “fierce dedication.” She said that his work was simply his legacy and his joy. Speaking of Bain, she too has enjoyed massive success on her own, acting in different roles. She won three successive Emmy awards for the category of the best drama actress in 1967. Bain was also nominated for the Golden Globe awards.

Martin, unfortunately, passed away in 2017 after a short illness. However, his works as an actor continue to be highlighted. His love story with Barbara is also one of the most talked about. Let’s take a deep dive into the power couple for a few minutes.

Bain hailed from Chicago and had moved to New York to pursue dancing. Unsatisfied with her career options, she took on modeling jobs for Vogue and Harper’s Bazar, only to pursue acting after studying at “Theater Studio” and then at “Actor’s Studio” under Lee Strasberg.

Landau, originally from Brooklyn and with a talent for drawing, worked his first career job as a newspaper cartoonist with the Daily News, which he quit five years later to pursue his dream of acting. This was no rash decision since he had already earned his chops in 1951 at a Maine summer theater in ‘Detective Story’ and off-Broadway in ‘First Love.’

In 1955, Landau joined hundreds of applicants to study at Actor’s Studio, ultimately becoming one of only two selected, alongside Steve McQueen.

The Beginning of a 36-Year Romance

Landau and Bain met back in 1957 when they were both studying at Actor’s Studio.

Reports claim that none was attracted to the other. Martin thought Barbara was “an empty-headed model, a cover for magazine wired for sound.” He said to People Magazine. “My hair was loose and ran all the way to the shoulders. I also had a mustache and a beard. I was rude and crude.” 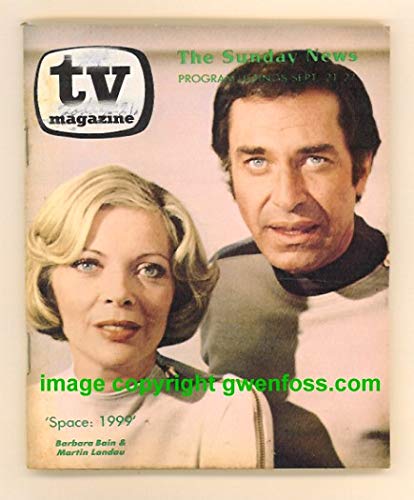 Barbara agreed that his first impression threw her off. “He was clad in black from head to toe and looked very sinister. I thought he was stupid, arrogant, and everything he clearly wasn’t.”

Despite starting off on rocky grounds, the pair met again at a dinner party a few weeks later. They argued over many topics, but they headed home together after the party was over.

Barbara claims that Martin cracked a joke, and they both fell down on the street laughing so hard. She also discovered that Landau was a kind man who loved books and poetry. Above all, he was an “actor’s actor” who lived and breathed theatre. 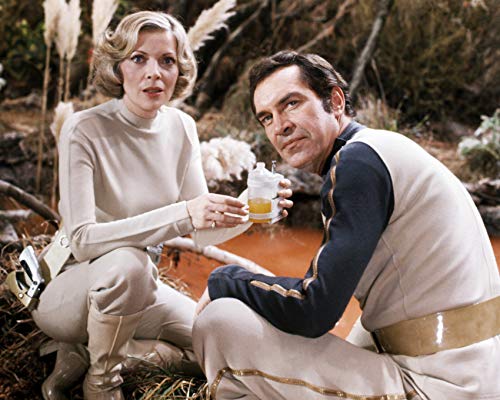 The A-listers tied the knot in 1957 and went on to have a 36-year marriage with two beautiful daughters, Susan and Juliett Landau.

Bain spoke to People in 1976, saying they tied the knot because they simply wanted to be together.

“It started out as: Be nice to your workmate. However, the joke was on us since we both worked at the same place. So right now, the statement is simply: Be nice.”

Landau joined in the conversation and said that their marital empathy strengthened. “I can easily tell when Barbara walks through the door.”

When he decided to quit Mission: Impossible over a contract dispute with CBS, his wife decided to follow suit, leaving her famed role as Cinnamon Carter as a strong display of the couple’s unity. They were replaced by Leonard Nimoy and Dina Merrill, respectively.

Being offered other, exciting opportunities, Landau and Bain moved to London with their kids to film ‘Space: 1999’. 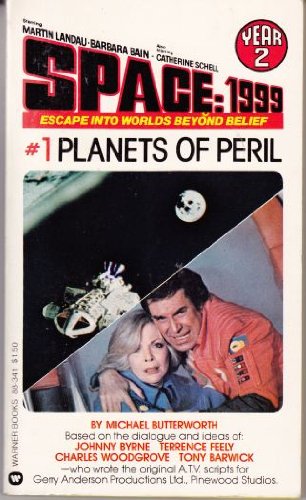 They would try to keep things professional on set with each in their separate trailers and making little time for the other. The romance went on for a solid 20 years. However, the end seemed to be looming.

In 1993, Barbara and Martin filed for divorce. Reports claim that the two new things had started drifting south long before signing the divorce papers. In 1976, Midnight Magazine disclosed the news that the couple had separated while filming in London. 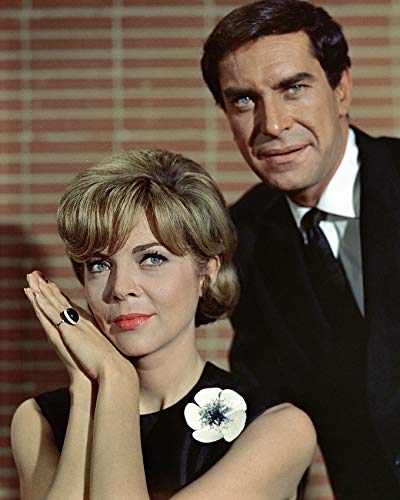 According to Bain, the actual cause for divorce is not very clear, but togetherness is solely to blame. She said this in the interview: “It’s not easy working with the same individual you spend the entire night with. You have to work twice as hard to keep the union interesting.”

After the alleged separation, the couple didn’t sign divorce papers until 1993. They were both hoping the split would bring them together, but it didn’t. When they realized there was no saving the marriage, Landau and Bain parted ways for good.

He started dating actress Gretchen Becker after the split, but he and his ex-wife remained friends and neighbors in Hollywood Hills up until Martin’s passing in 2017.

Their daughters are now adults pursuing careers of their own. Susan Meredith Landau studied Dramatic Writing and worked under leading directors as American Zoetrope. Here, she honed her film production skills, after which she worked with a crew on different films such as Tucker: The Man and His Dreams (1988) and Peggy Sue Got Married (1986). She rose through the ranks to become a producer on Dracula (1992) and Wake (2003). 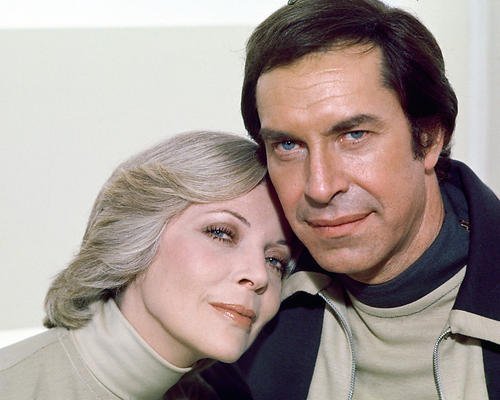 Juliet Landau, on the other hand, became an actress just like her folks. She started out on Pump Up the Volume (1990) then moved to different roles in The Grifters (1990), Thedore Rex (1995), and Ed Wood (1994). Her most significant role was playing Drusilla in Buffy the Vampire Slayer (1997-2003) and Angel (200-2004). The latter led her to be nominated for a Saturn Award for Best Supporting Actress on Television.

Martin Landau and Barbara Bain enjoyed a long romantic love story, which came to a sad end in 1993. Being always together is the cited cause of the tension in their marriage. However, their friendship outlasted their romance until life separated this glamorous pair for good.