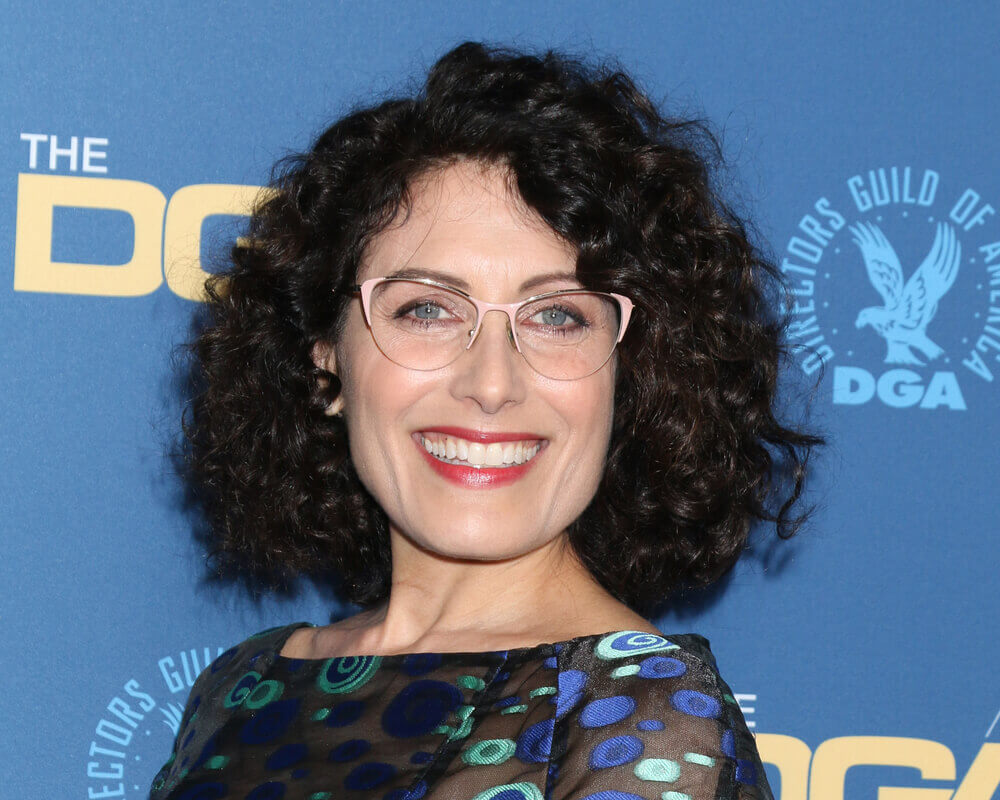 Do you remember Lisa Edelstein, the beautiful queen who graced our screens in the popular Fox medical drama, House, for over five years?

Going by her character name, Dr. Lisa Cuddy, she was the Dean of Medicine and hospital administrator at Princeton-Plainsboro Teaching Hospital and was known for her intelligent brains and tenacity.

However, her work is not the only thing that kept viewers glued to their screens. Her romantic affair with Hugh Laurie’s character, Dr. House, a genius doctor and the Head of Diagnostic Medicine at the New Jersey Hospital, also created a lot of buzz around the show.

And while both were charismatic and gifted, Dr. House was a proud pain medication addict who only worked on cases that interested him.

Together, the two were referred to as Huddy, and they kept the audience engaged with their on-and-off relationship. However, towards the end of season 7, it came as a shock to everyone that Lisa would not return for the final eighth season of the series.

This was surprising as Lisa was a fan favorite and her charismatic performance was one of the reasons the show had become so successful.

What Happened in the Show?

The relationship between Cuddy and House was filled with drama and troubles. Cuddy was adamant that House must stop taking his pain medication to be with her.

At some point, she even got engaged to another person while House fought to fully overcome his addiction with pain killers.

During the episode “Bombshells’ in season 7, things suddenly took a turn when Cuddy found out that she had a benign tumor. She later realized that House had resorted to pain medication to help him support her, so she broke up with him.

Unfortunately, House did not take the break up nicely, and in the final episode of the seventh season, he drove his car through her House.

Consequently, this act angered Cuddy so much that she resigned from her work and moved on, while House was imprisoned for his misconduct. In season 8, Cuddy did not return to the show, leaving their relationship unresolved.

It’s in the public domain that House was initially planned to run for seven seasons. This means that Lisa’s contract was expiring at the end of the 7th season. However, the show’s directors felt a need for one more season to finish the story better.

Since this extra season had not been planned initially, it would run on a limited budget, meaning Lisa and her counterparts had to take pay cuts.

During the new contract negotiations, things didn’t work well between Lisa and the management, as they couldn’t agree on an offer suitable for both parties.

As a result, Lisa decided to cut all ties with the show. Many fans believe she did not leave on a good note, which could explain why she is the only cast member that didn’t make a cameo in the last season.

Talking to TV Line after departing House, Lisa said that making the show’s decision was sad, disappointing, and challenging.

However, she felt that leaving the show was the best course of action for her and her business. She did not harbor any regrets for the decision she had made.

What Has Lisa Done After Leaving House?

Having been in the show for seven seasons as a major character, Lisa must have wondered how it would feel getting out there and playing other roles. And so she didn’t waste time before getting back on the screen.

She started with playing a role in The Good Wife, which ran for three seasons. In 2013, she took a voice role with the popular animation show, The Legend of Korra.

From 2014 to 2018, she became the main protagonist in Bravo’s Girlfriends’ Guide to Divorce, which focuses on divorced women. And she was not about to stop, as in 2018, she got a recurring role in the medical drama, The Good Doctor.

Other notable mentions she has played in include the Netflix show’s The Kominsky Method, and she is also expected to feature in the 2021 Fox series 9-1-1: Lone Star as the ex-wife to Owen Strand.

Lisa is a testament that nothing can stop a determined woman as she has also immersed herself in the world of directing. She directed an entire episode in the series Girlfriends’ Guide to Divorce and two other short films in Unzipping and Lulu.

When Lisa announced that she would be leaving House, many people thought that she was making a big mistake in her career. She was a big star, and the show was doing exceptionally well with millions of followers worldwide.

Looking back at that decision now, it’s safe to say that it has not negatively impacted her career.

She is now more appreciated as an actor that can play different roles, and she has also taken up directing roles. As her fans, we can only wish her the best and hope she continues to bless our screens with her gifts for many more years to come.