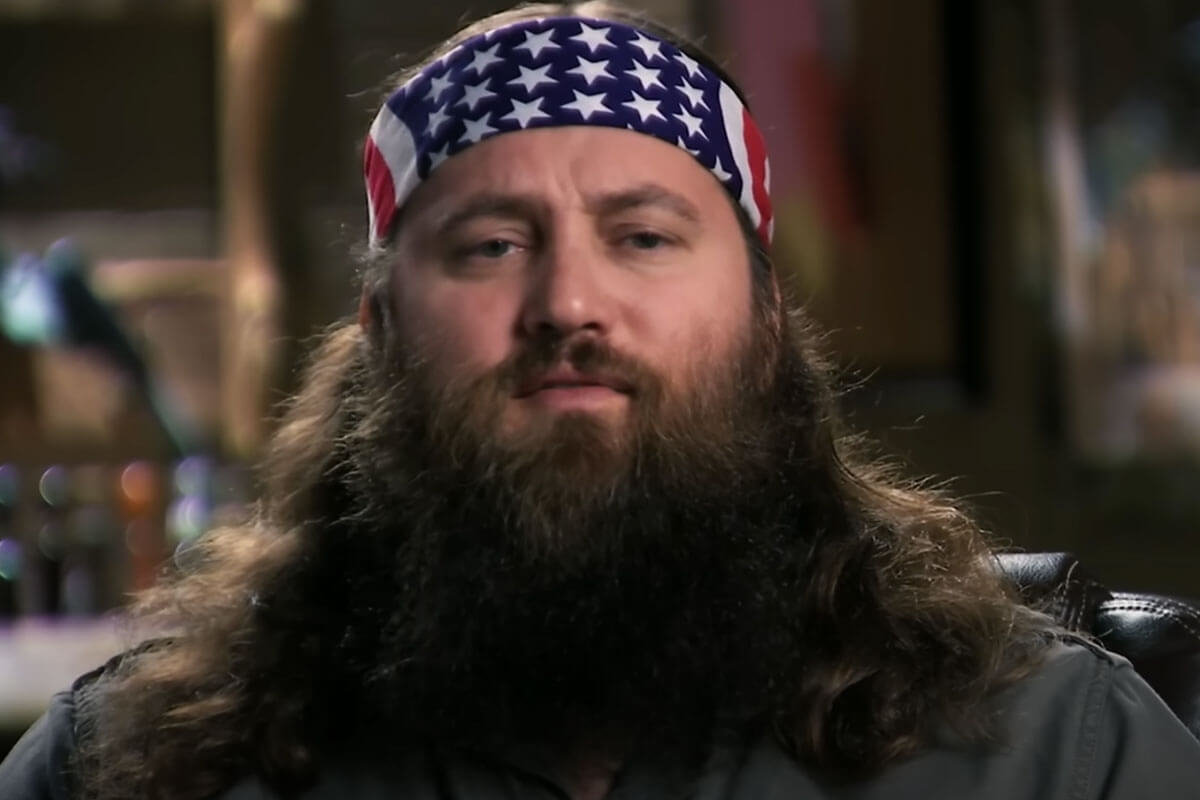 Duck Dynasty moved from a must-watch to being taken off the air. This move was a surprise, given how entertainingly gregarious the Robertson family was. And, of course, their duck call business was another interesting part of the A&E hit series.

So, what happened to the West Monroe Louisiana family? Why did Duck Dynasty get canceled?

Here is what we know about Duck Dynasty being taken off the air.

The Show’s Ratings Dropped and Never Came Back Up

When it premiered in 2014, Duck Dynasty was the most-watched nonfiction series in cable television history, attracting 11.8 million viewers.

But, ratings continued to drop with each new episode. By the time the series wrapped up, ratings had fallen by more than 40 percent since the premiere.

According to Fox News, things were so bad that the 10th season premiere attracted a measly 1.3 million views.

So, although the series did pretty well at the beginning, viewership fell drastically with time. No viewership means no money, and the producers eventually had to cut it short.

The Casts’ Religious Views Were Controversial

Since the series launch, the Robertson family has always been open about holding conservative Evangelical Christian beliefs. This didn’t seem to be a problem at first, but a few episodes in, the family’s views became a bit extreme, rubbing their audience the wrong way.

In particular, Phil Robertson, the family’s patriarch, made numerous controversial comments while the show was still airing.

In 2013, A&E banned him from the show after the infamous interview with Drew Magary of GQ. In the interview for GQ’s January 2014 issue, Robertson compared homosexuality to bestiality, saying homosexual behavior was sinful. He also implied that bisexual orientation was a sin. Although A&E reinstated him to the show ten days later, Robertson still commented about STDs and atheism.

One time he said that STDs are God’s punishment for people engaging in premarital sex. Phil also gave a horrific explanation for what atheists will suffer in the end for rejecting God.

The Robertson patriarch aired his views on the pre-Civil Rights Era, openly showing his support for this historical period and saying that black people exaggerated their ancestors’ suffering. In addition, he supported the Citizens United group, which campaigned to prevent transgender bathroom laws in North Carolina.

When A&E suspended Phil, his family refused to do the show without him and supported him, saying his comments were based on Biblical teaching.

The network expressed disappointment over Phil Robertson’s remarks, and despite reinstating him, viewers had had enough and stopped supporting the show as much as they did in the beginning. The family’s extremely religious and political views contributed to low ratings, and their show was eventually canceled.

Duck Dynasty Was Not All Reality

Another possible reason the series lost favor among its early fans was the revelation that some parts of it were staged, something the cast readily admitted.

Viewers who follow reality television shows want to believe that what they are watching is real. So, when the reality part of the show is not real, there is a huge sense of disappointment among the fans.

The Robertson family once admitted that their show was more of guided reality than natural, authentic, and organic reality. Inevitably, many of their fans stopped watching what they deemed a ”fake” reality show.

There is also the fact that fans may have been bored due to overexposure. Most TV series produce a single season per year. On the contrary, Duck Dynasty was dishing out two seasons a year, which is too much content to keep viewers interested.

The Family Was Invested in Other Ventures

After a while and following the ensuing tension with A&E, the Robertson family became less invested in the Duck Dynasty series. Everyone started doing their own thing, capitalizing on their newfound fame.

When the cast of a reality TV show becomes less invested and no longer shows interest in their own series, putting out new authentic and entertaining content becomes difficult. Without good content, there is no way to keep viewers engaged, leading to a drop in ratings.

Aside from heading his duck-hunting business, Phil took an active role in political campaigns. His son Willie Robertson, the Duck Commander himself, also became involved in politics in addition to dabbling in other entrepreneurial ventures with his wife, Korie Robertson.

Speaking of Korie, she too leveraged her fame by writing a New York Times bestseller and getting into brand partnerships that have since kept her busy.

Korie and Willie’s daughter, Sadie Robertson, was a breakout star of her own, doing several things, including joining and almost winning Dancing With The Stars. Sadie also ventured into acting and continues building a strong personal brand.

Many other members of the Robertson family went on to write books, make spin-offs, and even host podcasts.

When the family started losing its focus, and each began doing their own thing on the side, it was certainly the beginning of the end for Duck Dynasty.

The Decision To Cancel The Series Was Mutual

A&E and the Robertson family seemed happy to end the series after 11 seasons. The network and the family had started on a great note, but after Phil’s controversial remarks, there was no turning back, and they all knew they had to part ways at some point.

Just after the season 11 launch, A&E and the Robertson family issued a joint statement saying the decision to cancel Duck Dynasty was mutual.

“Five years and 130 episodes later, we became one of the biggest cable shows in history. We have decided the Duck Dynasty series will end after this season.” The Robertson family even made a video announcement, bidding their fans goodbye.

What Happened To The Duck Dynasty Cast?

Each member of the Robertson family has since charted their own path after Duck Dynasty was canceled.

The patriarch, Phil Robertson, said he was happy that the show ended. “I, for one, am thankful it all ended.”

But, he didn’t resign to hanging out in the woods, as he had suggested. Instead, he travels the world preaching God’s word and giving motivational talks. Phil is also a political campaigner and plays an active role in local conservative politics.

Phil’s eldest son Willie is at the helm of their duck-calling business. But, he is also deeply involved in local politics, spending much of his time among politicians and policymakers.

Willie, alongside his wife Korie and business partner Marco Moran, reopened their family-themed restaurant, Willie’s Duck Diner, in their hometown of Louisiana.

Korie leveraged her TV fame and wrote a book titled Strong and Kind: Raising Kids of Character. The Book became a New York Best Seller and was instrumental in helping Korie launch other entrepreneurial ventures, such as selling her own merchandise through lifestyle brand Glory Haus.

Willie and Korie’s beautiful daughter and eldest child, Sadie, almost won the Dancing With The Stars trophy. After her Duck Dynasty fame, she launched a career in acting, started a clothing line, and even became a bestselling author.

Sadie’s younger brother, John Luke, also wrote a book and is building his personal brand online. The rest of the Robertson extended family, including Uncle Si, Jep and his wife Jess, Missy and her husband, Jase Robertson, and brothers Reed and Cole, have participated in Duck Dynasty spin-off shows, started family businesses, and in the case of Reed, launched musical careers.

There isn’t one overarching reason why Duck Dynasty got canceled. But we can all agree that Phil’s insensitive comments about homosexuality and the rest of the family supporting him were the start of the show’s undoing.