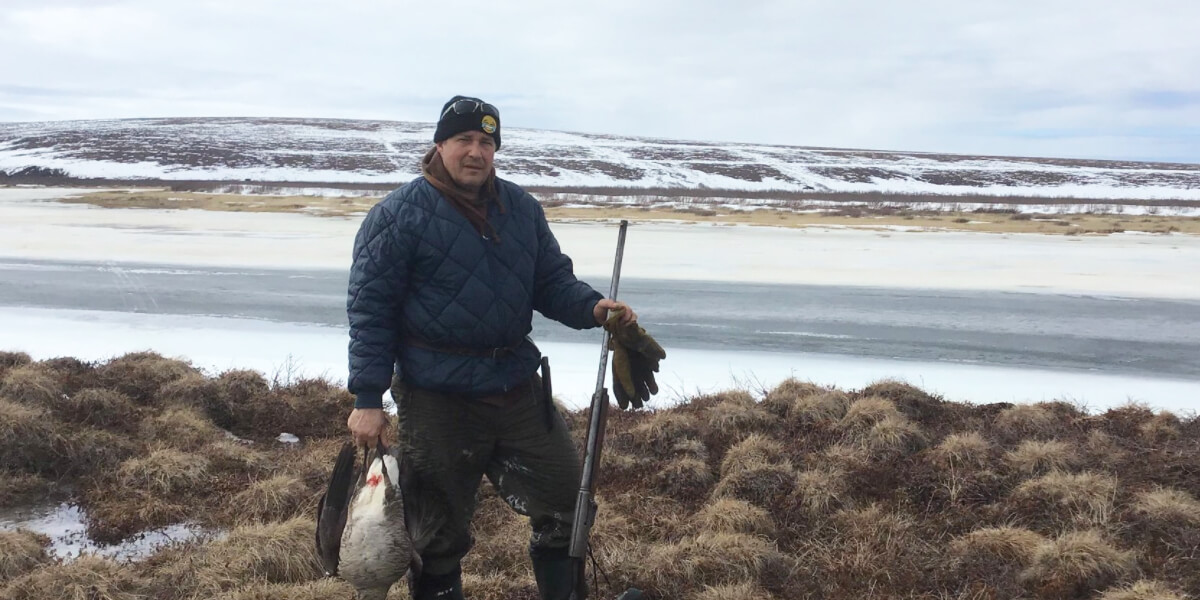 National Geographic’s reality series, Life Below Zero, is one of those shows worth watching (no judgment to Keeping up with the Kardashians or The Real Housewives of Atlanta fans here!).

The show is all about survival in the cold, unforgiving Alaskan landscape—hence the name. Different families and individuals live life on the edge, having to hunt despite the harsh climate. There is no law enforcement and no government.

The population is only a couple of a hundred people (sometimes less). The place is isolated, risky, and downright intolerant. However, the teams have proven repeatedly that they can push limits and make it out there.

Life Below Zero is a huge success in the world of reality TV. Since it premiered in 2013, the show has earned five Emmy nominations and won five Emmy Awards. Watching a group of individuals struggle to put food on the table and stay alive in below zero climatic conditions is awe-inspiring, to say the least.

The show is so popular that it has earned a spin-off called Life Below Zero – Next Generation. This will come up somewhere in the future. Producers promise more thrill, wonder, and awe. Going by the original series, it is hard to doubt them.

Who is Chip Hailstone?

One of the notable cast members from Life Below Zero is Chip and Agnes Hailstone. The two, alongside their seven children, call Alaska home. They are also at the heart of the reality series. It is incredible to watch the family survive in the Alaskan wilderness. Chip Hailstone, born on March 5th, 1969, is not an Alaskan native in Montana.

However, as it turns out, the Alaskan landscape has always been attractive to him. Therefore, when Chip Hailstone was only 19, he made his way there, never to go back home. He planned to tour the town of Noorvik temporarily, but he fell in love with the landscape that he decided to stay there permanently.

The TV star soon after met his wife, Agnes, who is a native to the land. They fell in love with each other and decided to tie the knot. The couple has been together ever since, with their union resulting in five daughters and a grandchild.

While Hailstone is not born in Alaska, Agnes certainly is. She’s been living at Noorvik all her life. She even has ancestral ties with the land dating back 1000 years or more.

Her commitment and passion for Alaska are perhaps why she found Chip to be a worthy soul mate. All their kids make occasional appearances on the show, and you bet they’ve all learn survival tactics in the harsh wilderness.

The family lives by the banks of Nordic’s Kobuk River (approximately 19 miles) north of the Arctic Circle. The family occasionally moves as far as 90 miles from their home, hunting for game.

Why Did He Go To Jail?

Many Life Below Zero fans don’t know this, but Chip Hailstone was away from TV for an entire season (season 10).

Not much was said about his disappearance, and when he resurfaced later, things carried on and moved swiftly that his absence became blurred. Most people to date cannot even remember his little time off from the popular reality show. So where was Hailstone?

Chip went to jail for 15 months amidst filming Life Belo Zero. According to many sources, he was incarcerated in 2017 on two counts of perjury and one count of giving false statements to police officers.

Chip allegedly lied to the police over and over again about his case. He once claimed that a state trooper from Alaska assaulted his 17-year old daughter.

According to the reality TV star, the police officer had a submission hold on his teenage daughter as she tried to speak to him. When the court asked the Alaskan trooper’s partner to confirm or deny the claims, your guess is right – he denied them.

As was reported by the rural news leader, the Anchorage Daily News, Hailstone claimed that he had two confrontations with Trooper Bitz, which led him to believe that his family was no longer safe. However, the court eventually determined that Hailstone had issued a false testimony and committed perjury.

All these were added to the false claim charges for making false accusations against Trooper Bitz.

All along, Chip’s public defender, Jay Hochberg, insisted that the testimony that his client provided was accurate and did not deserve a conviction for perjury.

The lawyer even claimed that the Alaska state police had manipulated the audio recording that they submitted as evidence during the trial.

At some point, Hochberg filed for a motion requesting the court for a new trial as the initial one had been too manipulated and had significant claims of error for his client to receive any fair trial.

Hochberg gave it his best to keep Chip from going to jail. In his motion for a new trial, he brought in a forensic audio expert, who tried to convince the court that the audio that the troopers presented was interrupted.

According to the forensic expert, the tape was stopped for about eleven seconds. According to Hailstone, the paused part of the conversation is where the troopers issued threats to his family and caused him to believe that his family was no longer safe.

Hailstone and his public defender argued that there was scientific evidence to show that the tape was inauthentic. This, he claimed, should allow him another chance to present his case afresh in court.

In yet another case, the Life Below Zero star claimed that a resident on Noorvik pointed his gun at his daughter over a misunderstanding. He got a three-year probation sentence for it, but he later appealed the ruling.

During Chip Hailstone’s 15 months in jail, Agnes and the children held down the fort. They kept hunting, with his wife claiming that Chip needed to “come home to fresh food” after those months behind bars. Trust her to keep her word as she knows all there is to know about making a living in Alaska.

Chip Hailstone encountered misfortune early in his TV career, but that proved to be but a small bump in the road. With a net worth of $10,000, mainly from Life Below Zero, it is safe to say that Mr. Hailstone has done well for himself thus far. And we suspect that he has barely scratched the surface.

If you are a fan of the show, you might wonder what happened to Andy Bassich’s wife Kate. Find out here.