One television series is firmly entrenched in the collective consciousness of Americans, and that is The Waltons.

The show reflected the values people were hanging on to so desperately in the Depression-era. No one’s childhood backdrop during the early 1930s was as picturesque as the God-fearing Waltons’ mountain home.

While watching this simple and wholesome show in the 1970s, many people were moved by the characters’ struggles and joys, striving for their individual dreams. 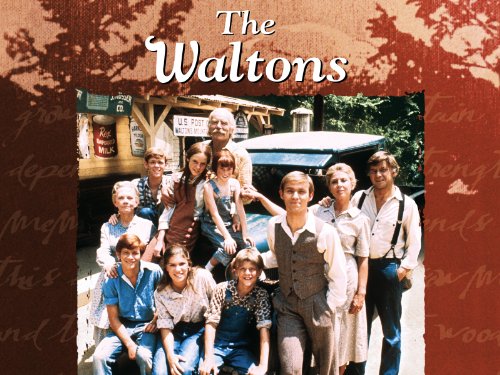 But perhaps the most crucial element of the success of the TV series was the chemistry between the actors. Families looking for feel-good programming in an increasingly cynical world appreciated the show’s positive vibe. Its popularity with the audience earned The Waltons a 9-season run and countless TV movies while making its many actors beloved household names.

Wake up, John-Boy. It’s time to take a look at what the cast of The Waltons is doing today!

Ralph Waite, a.k.a. Papa Walton, is perhaps the most successful actor from this timeless TV series. Despite only beginning to act at age 30, he found work on stage in New York City. Upon moving to Los Angeles, he landed a few small roles, including one in “Cool Hand Luke.”

The next few years were filled with a busy acting schedule, but his life was changed forever when he landed the role of John Walton Sr.

The role of the pleasant and devoted father, John, helped Ralph to overcome his addiction to alcohol. As a result, he joined AA and stayed sober for the rest of his life.

In the years after The Waltons, Waite appeared in numerous television shows and movies.

He had learned to direct on The Waltons set, where he was made Director of 16 episodes. That experience should pave the way for his feature directorial debut with the 1980 “On the Nickel.”

Waite also starred in several “Waltons” reunion movies and made frequent appearances on “Carnivale,” “NCIS,” and “Bones” (as Booth’s grandfather).

Additionally, he appeared in the films “The Bodyguard” and “Cliffhanger” and ran unsuccessfully for the California House of Representatives three times between 1990 and 1998. Waite passed away on February 13, 2014.

Walton Jr., or John-Boy, was a fictionalized version of series creator Earl Hamner, Jr., who was also John-Boy’s voice in both the episode’s opening and close. He played John-Boy in Seasons 1 to 6 of the series and in three TV movie reunions of The Waltons. We explore here why he left the show.

As a result of his performance on the series, Thomas was nominated for an Emmy and a Golden Globe, which led him to other projects in television, including “Roots: The Next Generation,” “The Red Badge of Courage,” and the 1990 version of “United 93.”

In addition, he starred in several stage productions, including “Fifth of July,” David Mamet’s “Race,” and a 2017 production of “The Little Foxes,” for which he earned a Tony nomination.

In recent years, Thomas has starred in recurring roles on shows such as “The Americans,” “Billions,” and “NCIS: New Orleans.”

In 2021, he appeared in the Netflix drama “The Unforgivable,” starring Sandra Bullock.

Before being cast in The Waltons, award-winning actress, Michael Learned had already worked in the entertainment industry for several years.

However, her role on the show made her a household name. Michael was the matriarch of the family, knowledgeable, nurturing, and dedicated.

When the show ended, Michael didn’t seem to have a problem finding new roles due to its success. Her presence on our television screens hasn’t diminished since. Although Michael is in her early 80s, her career is still thriving. She has been cast in the upcoming TV series, Monster: The Jeffrey Dahmer Story, due to air in 2022.

From Seasons 1 through 6, Will Geer portrayed the Walton family patriarch, Zebulon Tyler Walton (referred to as “Pa” or “Grandpa”). The character played by Edgar Bergen in the pilot TV movie was a fountain of tall tales and homegrown wisdom, as every good grandparent would be.

Season 6 was unfortunately also the end of Geer, who died while planting seedlings, which he shared with his on-screen character.

In the early 1930s, Will Geer planned to become a botanist but began acting on stage instead. Dedicated to social activism, Geer toured the United States with folk singers Woody Guthrie and Burl Ives, even collaborating with Guthrie on a 1956 album.

As a result of his Communist Party membership and refusal to testify before the House Committee on Un-American Activities, Will Geer was blacklisted and forced to halt his acting career in the 1950s.

In response, he founded the “Will Geer Theatricum Botanicum,” which produced plays and performers for fellow blacklisters.

In the 1960s, Geer resumed his career with a Tony nomination for “110 in the Shade.” He appeared in film roles before starring in the series as Zebulon Walton. Geer remained active on the series and other series and in films until he died at the age of 76 in 1978.

Ellen Corby embodied the perfect Grandma in her role as Esther Walton (a.k.a. Grandma). With a long and successful career already behind her before The Waltons, Ellen knew exactly how to put on a show.

Ellen’s late 1970s were problematic because she suffered a stroke (this was actually written into the show), and her health deteriorated. Nevertheless, Ellen continued to work because she loved what she did so much.

In 1969, actor/musician Jon Walmsley emigrated from England to the United States and began working as a voice-over actor.

One of his most-notable vocal appearances was in the Oscar-winning animated Disney featurette “Winnie the Pooh and the Blustery Day,” where he originated the voice of Christopher Robin.

Several years later, he landed the role of Jason on The Waltons. As the Waltons’ second oldest son, Walmsley had the opportunity to demonstrate his musical and composing talents in various episodes.

In addition to his devoted career as a musician, Walmsley worked on several TV movies with his “Waltons” TV family. In addition to playing with Richard Marx’s band, Walmsley has played with some of the biggest names in rock, pop, and country, from Roger Daltrey of the Who to Brian Setzer of the Doobie Brothers and country legend Merle Haggard on an episode of The Waltons. Additionally, Jon performed a tribute to Merle during the Walton Weekend’s 45th Anniversary.

Furthermore, Walmsley worked extensively as a session musician for TV shows such as “7th Heaven” (on which he also guest-starred as a band member), “Beverly Hills 90210” and “The Secret Life of the American Teenager.”

The last time he acted was in 2009 and 2010, when he lent his voice to two Christmas TV movies. Walmsley has composed and published around 13 albums, most recently Goin To Clarksdale in 2017.

Judy Norton’s Mary Ellen Walton was widely loved as the elder daughter. Growing up on the show changed the young actress’ life forever.

She excelled at playing the role of a nurse, and audiences loved watching her. Possibly this is why, post-Waltons, Judy did a complete 180, posing nude for the August 1985 issue of Playboy to shed her wholesome “family” image. As a result, she is the on-screen child that has earned the most acting success, along with Richard Thomas.

Her web series The Quarantine Bunch features other famous child stars from days gone by.

In 2020, she had completed Out of the Fight and is now working on two more films. If you ever get the chance to see her perform, she is also a talented singer.

The Waltons was Mary Elizabeth McDonough’s big break when she began her acting career as a child. Through her role as Erin Walton, the second-oldest daughter of the Waltons, Mary Elizabeth became widely known and well-liked worldwide.

The Waltons‘ actress, who has also performed under Mary Elizabeth McDonough and Mary McDonough, began her career on “The Homecoming” and remained with the show through its entire run on the network.

After the show ended, she continued acting. McDonough was a guest star on series like “ER” and “The West Wing,” while also reprising Erin for the “Waltons” reunion movies.

She played smaller roles after The Waltons, but she had a recurring role on The New Adventures of Old Christine from 2006 to 2009.

Throughout the 2000s, McDonough wrote several books, such as “Christmas on Honeysuckle Lane,” which Hallmark adapted into a made-for-TV film that same year, with her starring in a small role.

Most recently, she starred in 2021’s The Contested Plains.

It can be challenging for some actors to get cast in different projects after playing the same role for so long. The same seems to have been true for Eric Scott, who played Ben Walton. Eric’s life slowed down a lot after The Waltons ended, aside from reprising his signature role in The Waltons TV movies.

Over the years, he worked his way up from driver for a Messenger business to eventually owning Chase Messenger Service in Sherman Oaks, California. He is now living the dream of being a successful entrepreneur.

In 1992, Eric had to deal with tragedy when his second wife, Theresa Fargo, died of leukemia. A few years later, he married Cynthia Ullman Wolfen, whom he had met in grief counseling. Together, they have a daughter and a son.

Elizabeth Walton, the youngest member of the Waltons clan, shared her brother John-Boy’s love of writing and literature, as well as her sister Erin’s romantic streak.

Kami Cotler was cast as Elizabeth in “The Homecoming,” played her throughout the show’s entire run, and starred in all six reunion TV movies.

Her focus shifted to education instead. Following her graduation from the University of California, Berkeley, Cotler taught at schools in Virginia before returning to California. Additionally, she served as Director of Strategic Initiatives at the Environmental Charter Schools.

Joe Conley was cast as Ike Godsey on The Waltons in 1972.

As a child, Conley began acting on the radio but paused his career to attend college and serve in the military during the Korean War. The Sound of Fury was his first film role after returning to acting, and he would continue appearing on television shows throughout the ’50s and ’60s

Before landing the part of the good-natured general store, post office, and auto repair shop owner on Walton’s Mountain, Conley earned most of his money with a real estate business, spanning three successful locations.

After the series ended in 1981, he returned to his lucrative real estate work while also reuniting with his “Waltons” castmates in the reunion movies.

Aside from frequent occurrences in the “Waltons” universe, Conley also appeared most memorably in Tom Hank’s “Cast Away” in 2000.

A singer and performer at heart, Joe won awards for his talents when he was a child and entertained in bars and clubs as he grew up. When fellow actor Eric Scott turned 17, Joe arranged for them to create a song and dance act, which they took on the road together.

In addition to recording an album, they built a lifelong friendship, meeting once a month for lunch.