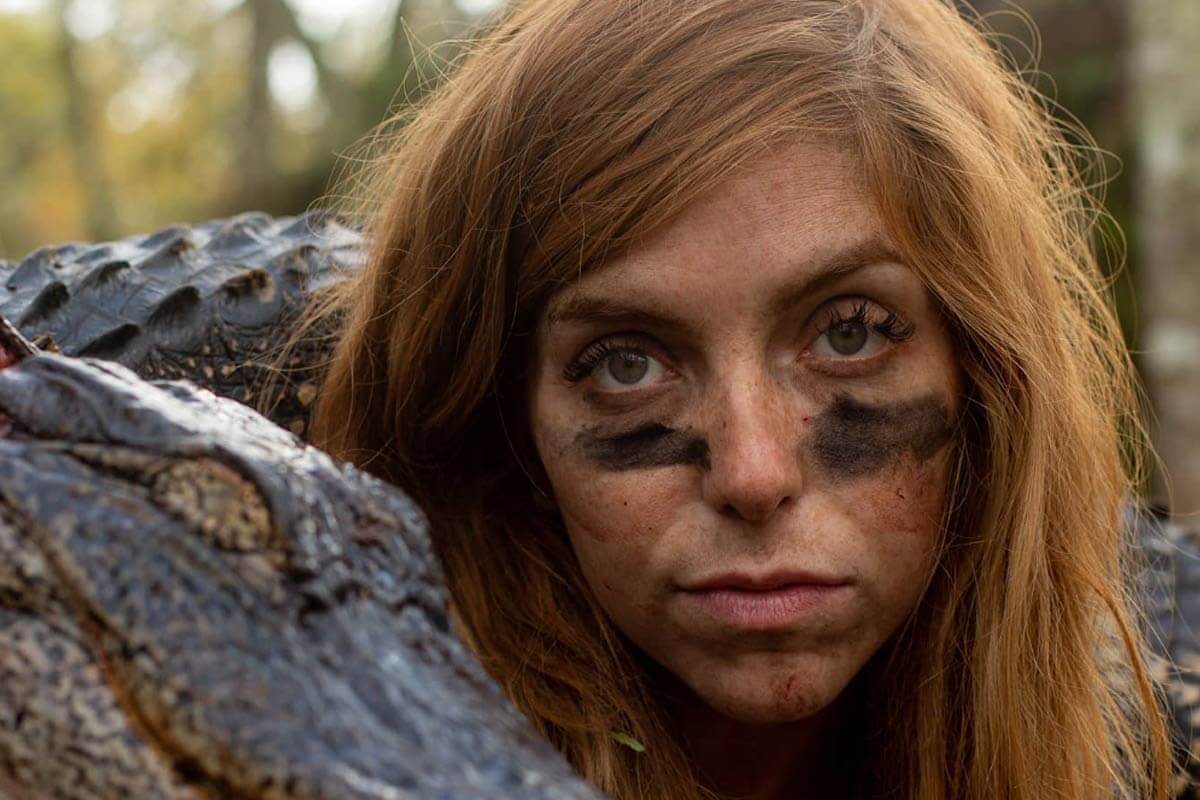 Gorgeous, fierce, and smart, Rylie Parlett proved her mettle each of the three times she has appeared on Discovery Channel’s Naked and Afraid.

So, what has this damsel been up to these days? Read on for all the deets on what happened to Rylie Parlett on Naked and Afraid!

Not everyone makes it into Naked and Afraid XL, the ultimate survival challenge lasting an entire 60 days in the harsh wilderness. Only the best survivalists from the 20 and 40-day challenges are selected to participate in the legendary never-before-attempted 60-day challenge, and Riley Parlett was one of the chosen legends.

After taking part in the 21 and 40-day challenges in Honduras and The Philippines, Parlett was invited back, with 11 other pro-survivalists participating in Naked and Afraid XL.

Bigger, better, and longer, Naked and Afraid XL places participants right in the middle of the Atchafalaya Basin, an expansive 7,0000-acre bayou in Louisiana with no food supply. Famous for the reptile-infested swamps, venomous snakes in cold waters, unforgiving mosquitoes and parasites, navigating the bayou is the ultimate challenge for expert survivalists.

For Naked and Afraid XL, Partlett belonged to the aptly named Team Savage and was paired up with Ryan Holt and Matt Wright. The team worked seamlessly, completing the challenge successfully.

She Is a Self-Taught Survivalist

There is no doubt that Partlett has amazing survivalist skills. This, combined with her natural smarts, is why she was so successful on Naked and Afraid.

It has taken Rylie years of self-teaching and learning to become the pro-survivalist she is. According to the reality star, she grew up playing outside, making her own fun, climbing trees, and building stuff from scratch.

“I grew up homesteading and doing primitive skills at home out of necessity. Then, I started getting into it, teaching myself and even getting a mentor,” she told Hobo Radio.

Rylie took her learning a notch up, enrolling as an apprentice at the North American Bushcraft School in Hedgesville, West Virginia. This formal education in survival skills proved to come in handy as she could take on amazing opportunities, such as being on not one or two but three versions of Naked and Afraid.

She Gained 30 Pounds For The 60-day Challenge

Parlett has a 120-pound body frame– not a large person by any means. Yet, she had to put on a significant amount of weight to survive that long in the wild in the days running up to the epic 60-day challenge for Naked and Afraid.

The reality TV star gained a whopping 30 pounds, which she admitted was an enormous challenge due to her active lifestyle. Plus, she has a high metabolism, making it difficult to gain and maintain weight.

The extra pounds were necessary to keep her core body warm and going in the col Louisiana winter. But she eventually lost the weight, and the biting cold gave in.

“The cold was the thing I was most apprehensive about,” she said.

“But I had the mental strength to get over it because I would only be warm after finishing the challenge,” she explained in a Hobo Radio interview.

She Uses Her Experience to Mentor Others

After her time doing the 60-day challenge, Parlett now uses her extensive experience in her daily life to teach survival and bushcraft skills to others who would like to learn.

Just as she was mentored by others who had more experience than her, she now mentors others wanting to learn primitive skills.

Riley still leads an active life, and going by her social media posts, she travels a lot by air, land, and sea, exploring the USA and the world.

She says she is always on the lookout and ready to hop onto any opportunities involving adventure.

“Anytime there is an adventure, it is hard for me to turn it down. I am always training and ready for when the next adventure comes.”

Rylie was paired up with Ryan Holt and Matt Wright on Naked and Afraid XL, and their Team Savage had amazing chemistry– the three of them just clicked and made for a great team that led them to the ultimate success.

Partlett had other team members on the 20-day challenge and 40-day challenge, but she didn’t quite form a bond as close as she did with Wright and Holt.

“It was a life-changing experience. We connected a lot more than on any other challenge.”

After the extended challenge, the three are still very good friends, keeping in touch often and visiting each other. For example, Riley says she called Matt on his birthday and spoke to him and his wife. She also said that she keeps in touch with Ryan, and they plan to visit one another across the states, with Ryan living in Maine, Matt in Florida, and Riley in Virginia.

“I hit the jackpot with Matt and Ryan in the entire season; they are incredible, amazing people, and have outstanding talent.”

There is no doubt that Riley is a go-getter and will be very successful in her life. After the Naked and Afraid extra challenge, she still leads an active life, keeping herself ready for her next challenge. We wish her nothing but the best, and hopefully, we might see her return to grace our televisions on another survival challenge!