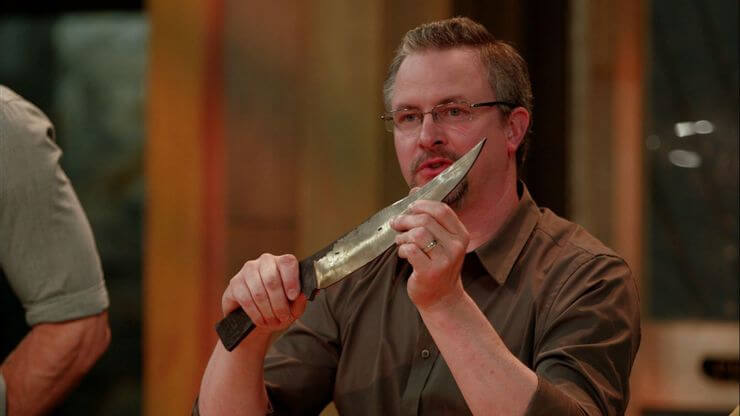 Reality TV is no longer about extreme acts like eating intestines of things that are not meant to be eaten. Nowadays, reality TV shows are dedicated to any niche you can think of, including bladesmithing.

For instance, one interesting series which sees contestants with bladesmithing skills compete for the top spot is History Channel’s Forged in Fire. The series sets itself apart by not covering any kind of personal drama.

Without a doubt, it is one of the most cultured challenges on TV.

Everything about the show revolves around the age-old art of bladesmithing. And unlike other reality TV shows that involve a lot of weird gameplays, Forged in Fire contestants even help one another when faced with difficult challenges. 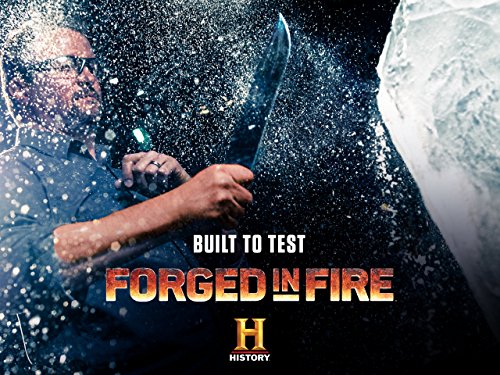 The show tests some of the best swords around the world as they attempt to re-design and re-create some of history’s most unique edged weapons. The contestant who survives all the elimination rounds and wins an episode’s contest is awarded $10,000 and the prestigious title of the Forged in Fire champion.

The contestants are judged by some of the best Master Smiths in America, and J. Neilson is one of them. Who is J. Neilson and why didn’t he feature in some episodes of the series? Let’s find out:

For people who are new to Forged in Fire, James Neilson is a Towanda, Pennsylvania-based knifemaker who has been forging blades for more than 25 years. Considered to be one of the best in the trade, Neilson specializes in fixed blades like Bowies, daggers, tomahawks, swords, and historical replicas. To get a taste of Neilson’s incredible craftsmanship, check out his many custom-made blades on his Instagram account.

He holds the rank of Mastersmith with the widely-celebrated, non-profit organization, American Blacksmith Society (ABS). The prestigious title is only given to people who have achieved total mastery of the smithing process. Currently, the title is shared by just over a hundred people across the globe.

One of the tests that a knifemaker has to pass to become a Mastersmith is forging a Damascus steel blade with at least 300 layers. The forged blade must be tested to cut a free-hanging rope, chop up lumber, and still maintain a sharp edge capable of shaving hair. Put simply, the blade is thoroughly tested for durability and sharpness.

An applicant is then required to submit five knives to a panel of qualified judges who meticulously look at all aspects of the knives. At least now you understand why only a few people can add the Mastersmith title to their names.

In the Forged in Fire, Neilson is the mean judge—the Simon Cowell of the American Idol. Neilson is one of the well-versed judges in the show when it comes to the actual art of forging. During the challenges, he is known to make snarky remarks about the forging methods used by the contestants. He judges the blades based on sharpness, durability, and other many technical aspects.

What Happened to Judge J. Neilson?

If you are a reality TV enthusiast, you probably already know that fans get worried whenever a cast member of a show takes a break or leaves mysteriously. The same happened in Forged in Fire when Nielson missed some seasons of the show.

Generally, Neilson has been with Forged in Fire since Season 1, Episode 1. However, in Season 3, he was missing from the judges’ panel. So, where did he go? What happened to him?

Well, it turns out that Neilson had to step down from his judging role to have surgery on his hand. So, another ABS master knifemaker, Jason Knight, filled in for him while he recovered. There is little information about the details of James’ injury but what we know is that he left the show in Season 3 and returned for the premiere of the fourth season, so it seems he managed the injury well and it didn’t see him out of action for an extended period.

However, Neilson took a break again towards the end of Season 4 and has never appeared on the show since. So, what happened to him this time around? Well, there has not been any official communication from the History channel, so we can only guess that the Mastersmith took another break to recover fully from his hand surgery.

In a past interview, Neilson revealed that his hand injury was non-knife-related and happened about eight to nine years ago. He slipped on the grass and fractured a small bone in his hand. Unfortunately, he didn’t bother to treat the injury until much later, and it is what could be causing problems for him now.

Although we haven’t seen Neilson on Forged in Fire since the end of Season 4, he stars in the Forged in Fire: Beat the Judges, a spin-off that premiered on June 3, 2020. So, it appears that the Mastersmith is not going anywhere, after all! He may just have taken a break to fully recover or manage his hand injury.