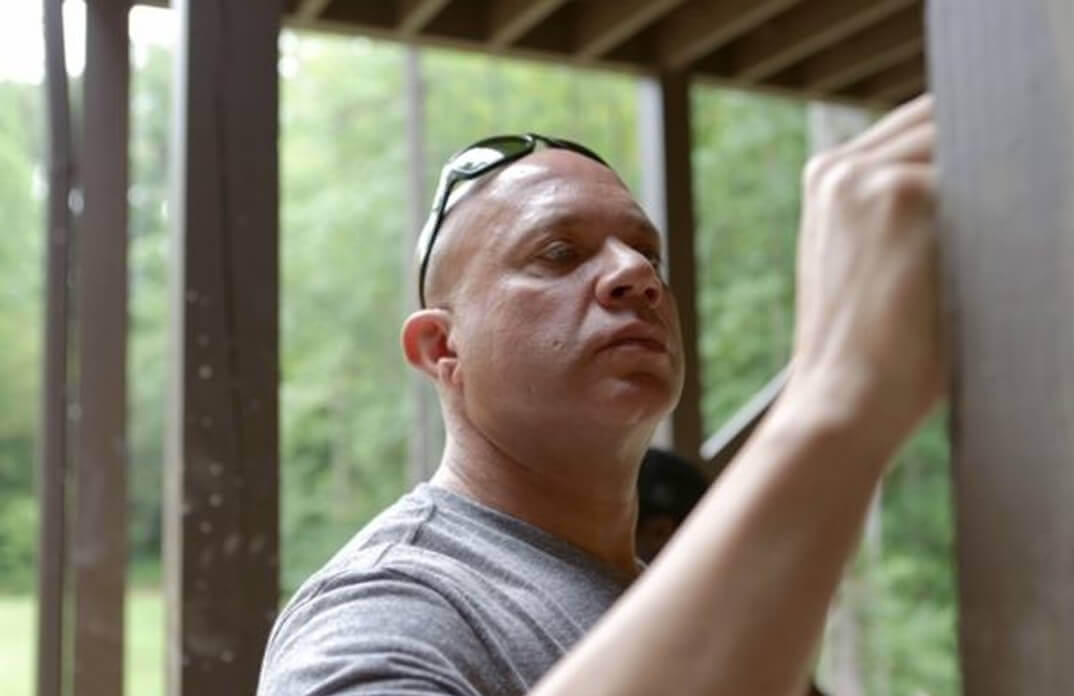 Say what you may about HGTV’s Love It or List It’s formatting, it is undeniable that fans love the popular series – featuring interior designer Hilary Farr and David Visentin who battle it out to get frustrated homeowners the homes of their dreams.

Apart from Farr and Visentin, the show comprises a quality team of contractors, including Staten island native Eric Eremita.

With decades of interior design and home building on-the-job experience, Eric made a for a significant addition to the Love It or List It team. However, in the show’s 15th season, viewers noticed the absence of Eric – with fans asking what happened to Eric Eremita?

What happened to Eric Eremita on Love It or List It?

Eric was a contractor in Team Drew. Eric told Industry that although he was not crowned the winner of that show, HGTV asking him to be a construction manager for Love It or List It was the ultimate win.

Eric became part of team Love It, alongside show host Hilary Farr, and together they were responsible for renovating houses into the homes of people’s dreams.

While joining the cast was a dream come true, Eric had to make some sacrifices, including selling his business Town & County Design and Luxeric and spending time away from family.

Unfortunately, in the summer, during an interview with Kate Casey from podcast Real Life with Kate Casey, Eric announced that he would be leaving the show after more than 70 episodes.

Speaking to his time on Love It or List It and thoughts around his departure, the celebrity contractor shared nothing but gratitude.

“It’s been a wild ride,” he said. “I never expected in my lifetime that I would be changing careers, indirectly.”

“I’m still a general contractor, I’m still a designer, I’m still in my field, but I’m doing it in a more creative level than I could ever dream of, honestly,” he continued.

“I’ve done more than 70 episodes of Love It or List It … I’m airing in 15 different countries right now. So it’s honestly been incredible. There’s no other word for it.”

Eric, who amongst all the sacrifices traveled back and forth from the Raleigh/Durham area to his home in Staten Island, was probably just about ready for change and jumped on new opportunities presented to him.

Where is he now?

After leaving Love It or List It, the celebrity contractor teased big things on the way, including an apparent future TV project that big networks were ready to back.

In the meantime, Eric has been combining his creative ability, from years in homebuilding, with his Love for fashion to head up his clothing line called Thirteen:” cool clothes for cool people.”

The celebrity contractor’s (now adding celebrity designer to his list of titles) fashion project does not only intend to get fan’s fashion sense in check, but he has also set up a charity side to his brand. According to Silive, during a month that contains Friday the 13th, he will donate 13% of sales to a charity of choice.

In an interview with People Magazine, Eric revealed his gruesome personal experiences with the coronavirus.

The no-nonsense contractor was first isolating at home, following suspicions of contracting Covid-19. As he awaited the test results, his condition worsened, and he had to seek treatment in a hospital.

Eric spent three weeks in a Staten island university hospital, two of them on a ventilator.

“I got to the hospital, and, believe it or not, it’s kind of a blur from that moment until I woke up off the ventilator,” Eremita said.

“They’re calling me their miracle,” Eremita says. “No one else in the hospital that I was in that was on a ventilator walked out alive. I’ll be honest with you. It made me very, very humbled and reminded me to appreciate life.”

It seems to have been a serious life scare. We are glad the celebrity contractor is doing well.