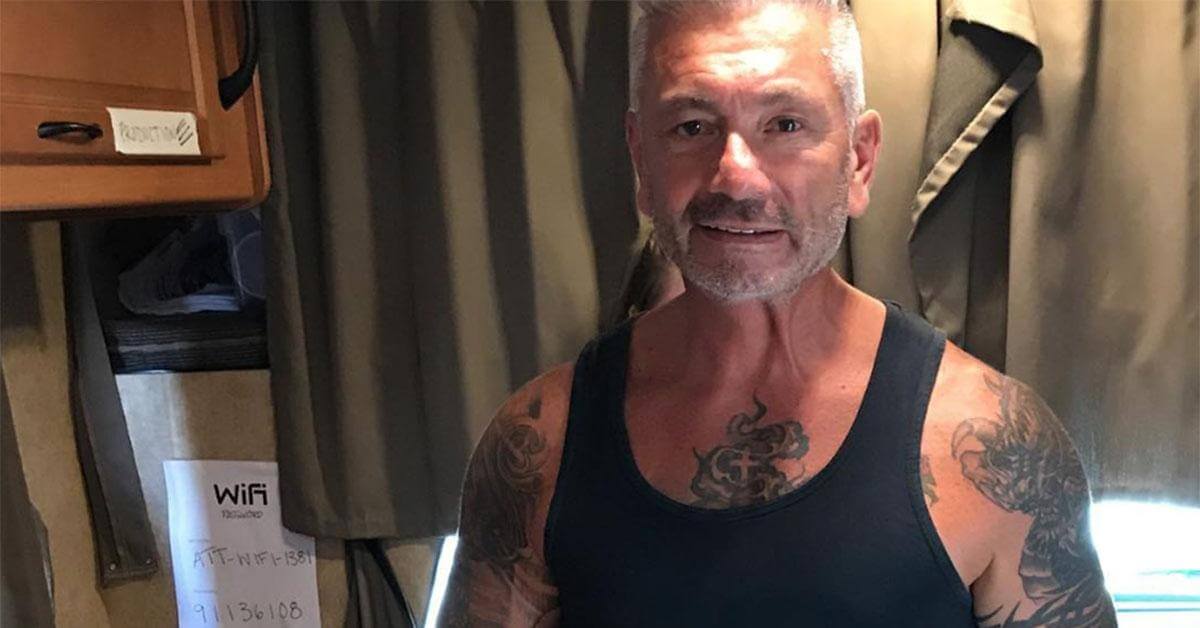 Larry and Theresa Caputo linked up ages ago before even the public knew if they ever existed. Theresa was working at an oil company owned by Larry’s family—probably that’s where ‘things happened’. They got to know each other and said their vows two years later. Larry who had a mustache then didn’t fit the type of man Theresa would have preferred. He was older and facial hair wasn’t something she fancied.

But perhaps it was destined to happen if the claim in her book, There’s More to Life than This, is anything to go by. The mustache and the 11-year age gap are qualities that were revealed to her by a psychic.

Almost 30 years later, the two are household names, thanks to the Long Island Medium show that centers on Theresa’s supposed ability to communicate with the dead. For her, this is how she keeps them dollars rolling in. What about Larry? Considering that he’s living so far away from Theresa, it isn’t possible to tell if he still rakes in something from the show.

The truth is, Theresa and Larry are no longer husband and wife as of late last year. They announced their legal separation at the start of 2017 and got down with divorce in December 2018.

As it is usual in such cases, there are bound to be lots of speculations about why it happened—which could be either true or false. In separate interviews, though, both of them attribute their eventual divorce to not being as close to each other as they wished.

Well, maybe there is a point in this considering that Theresa is always booked solid for two years in advance for readings and then there is the show to run. Yeah, it makes some sense.

So, what does Larry do for a living?

Long Island Medium kicked off with Larry Caputo at the age of 55. At that time, he had just sold his food importing business, which meant that all he had to do was probably just stay in the house most of the time. This didn’t sit well with his then-wife. But that wasn’t to last for long.

He went on to launch a clothing brand—Big Larry Apparel—which was meant to be a perfect intersection of his greatest interests (motorcycles, tattoos, and fashion). The brand launched in 2012 with the deliverables being custom-made shirts. He later pulled a plug on it 4 years later (March 2016) at a time when it was bringing 6 figures in annual revenues.

He also had explored dealing with the dead—just like Theresa—but differently. Bustle reports that he had thought of helping people turn the ashes of their loved ones into sand art. That was way back in 2014. Not much has been heard about this venture, but clearly, he sure abandoned the whole idea.

After the separation, he hinted at getting into the wine business sometime in 2018. As per an Instagram post he made, he indicated that he was looking into coming up with a new Chianti wine by the name Lorenzo Capito. Details about the wine are still sketchy at best.