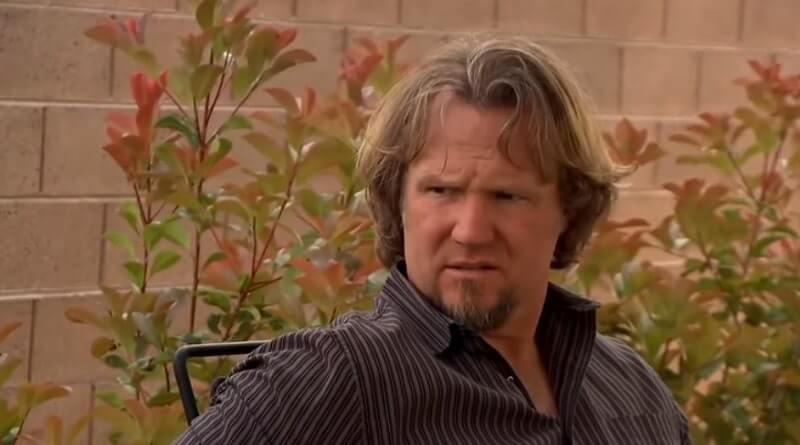 Being a reality TV star must be lucrative if what stars like Christina Aguilera, Ryan Seacrest, or Gordon Ramsay earn is anything to go by. These reality TV personalities are said to earn over $10 million per season of a show. But these kinds of paychecks are only seen by a few people.

Most personalities in reality TV shows have to supplement the salaries they earn from the shows with earnings from businesses, actual jobs, or opportunities that come their way by virtue of being on TV.

TLC’s Sister Wives, for instance, reportedly brings in about $400K a year, an amount that doesn’t go too far considering that there is not just one child, but more than 20 mouths to feed in Kody Brown’s massive polygamist family. If you are a fan of the TV series, I guess you already know that Kody and his four wives Robyn, Christine, Meri, and Janelle have to work hard to keep the big family afloat and their reality show audience entertained.

Somehow, father Kody seems to make enough money to sustain the family. However, fans have a hard time figuring out how this is possible, given that Kody Brown as the head of the family is always at home when the cameras roll. He also spends a good deal of time moving from one house to the next, solving family issues.

So, what does reality star Kody Brown do for a living?

Past Income Streams before the Show

In most interviews that were conducted in the course of the first season of the show, which first aired in 2010, Koby maintained that he was a salesman though what he sold wasn’t very clear. Fans later learned that he sold online advertising. However, the company he worked for is still a secret, even though the job is long gone.

Back then, Kody’s name also showed up on 3 different businesses, namely Bricksoft (a now-defunct computer programming company), Das Hundaus Firearms and Accessories (another defunct company or one that never got off the ground) and Kody Brown Family Entertainment LLC (the only company that seems to be still active).

Although the amount that TV stars get for their work varies, it is a gainful amount considering that many celebrities show a level of comfort and financial stability as they continue to make appearances. It is rumored that Brown and his family used to have an extremely lucrative deal with TLC, though that changed for Season 12 of the show, as outlined later in this post.

Kody Brown Family Entertainment, LLC, reportedly used to collect 10 percent of the series’ production budget as wages for the cast.

As aforementioned, the show used to bring in about $400k annually. However, given that the family has so many people to account for, it’s not hard to see that Kody and his family are not living off the earnings of the show alone.

If anything, the family of self-proclaimed “fundamentalist Mormons” has luxury housing, new cars, and a host of other lavish amenities. Besides, the family has taken a vacation to Disneyland, staged spectacle weddings, and sent their kids to college.

Kody Is Not the Breadwinner

Kody’s current net worth is estimated at $800,000 – not much, considering the show’s popularity.

So, what’s bringing the extra stream of income to Kody’s family? Perhaps it is his wives’ contributions.

We know that Robyn operates an online boutique for jewelry and clothing, named My Sisterwive’s Closet – a business she had originally conceived, but brought to life in collaboration with Meri, Kody’s original, “legal wife”. The venture seems to now involve the entire family, judging by the website’s homepage.

Aside from being a driving force in the previously mentioned online business, Meri Brown also runs a Bed and Breakfast with her mother in Parowan, Utah. The house was originally built by her great-great-grandparents and is now named Lizzie’s Heritage Inn.

Janelle Brown, wife number 2, seems to be the one with the most entrepreneurial prowess and has been aptly labeled the family’s worker bee. Previously the owner of a company called E Z Pantry, Janelle used to “provide, market, design, sell, or trade” in the food storage business.

We can guess that friends of hers with other large polygamist families were good customers. Aside from that, she was working for the Utah state government.

In need for a much larger living space, the family’s moved to Vegas and she had to pivot and decided to become a real estate agent. Turning to the family’s Vegas broker for help, she picked up fast and made a thriving career for herself in real estate.

In a recent interview with the Review Journal, she was quoted saying that being a Brown has been “a huge asset to have some exposure,” and that she enjoyed “being that person that people call and say, ‘we didn’t know who to call but we trust you.’ “.

But why is the family still struggling financially to an extent that Kody and his wives have filed for numerous bankruptcies?

Fans who’ve been following the show for many seasons often wonder how the family makes their finances work.

Relocating an army of kids in on itself multiple times is no easy feat! Factoring in that properties and homes have to be purchased, managed and re-sold, it becomes clear that it takes more than a couple of irregular paycheques to stay afloat.

A recent head-scratcher for the devoted audience is the family’s move to Flagstaff, Arizona. With four properties in Las Vegas still not sold, Janelle and Meri Brown were now juggling rents for 3 properties in Flagstaff.

In addition, Kody purchased a $500,000 property with Christine Brown and dropped a whopping $900,000 on another piece of real estate with Robyn. The family also owns acres of land they purchased before their move to Flagstaff.

Luckily, after more than a year, the Browns were able to finally unload their four Vegas properties.

All those risky bets considered, it comes as no surprise that the Browns had their fair share of financial rockbottom in the past. In fact, Janelle filed for bankruptcy back in 1997, after just four years of marriage to Kody. Eight years later, it was Meri’s turn.

In 2010, Christine Brown declared bankruptcy over her inability to settle a debt of $25,000. Apparently, she received government assistance for food through the first season of Sister Wives.

So, what does Kody do besides appearing on Sister Wives?

Well, since Kody Brown Family Entertainment LLC. is the only business in Kody’s name that appears to be somewhat active, we can deduce one thing: Kody’s other main job is handling family finances, with a varying degree of success.

That was on display when he renegotiated the family’s salary for the 12th Season of the show. TLC apparently got a great bargain when – recent ratings drop considered – the Browns took a big pay cut from previously $180,000 per adult per Season, down to $180,000 for the whole group.

If all this still doesn’t leave you satisfied, perhaps you should learn more about Brown’s situation in his book, Becoming Sister Wives: The Story of an Unconventional Marriage. Published in 2012, the book reveals how the patriarch makes things work in his polygamist relationship.

In case you are among the viewers wondering how the family is holding up during Quarantine weeks, here is a statement from Kody for the audience of the show:

“We’re all working from home, however, some of us are not able to do necessary travel for work, and some of our entire industries are shut down,” he said. “Two of my wives run an online business so they are still working remotely but they aren’t able to do some of the in-person tasks they normally do. Overall, there have been some setbacks and some things have slowed down significantly.”

Tune into TLC on Sunday nights for new episodes of Sister Wives.