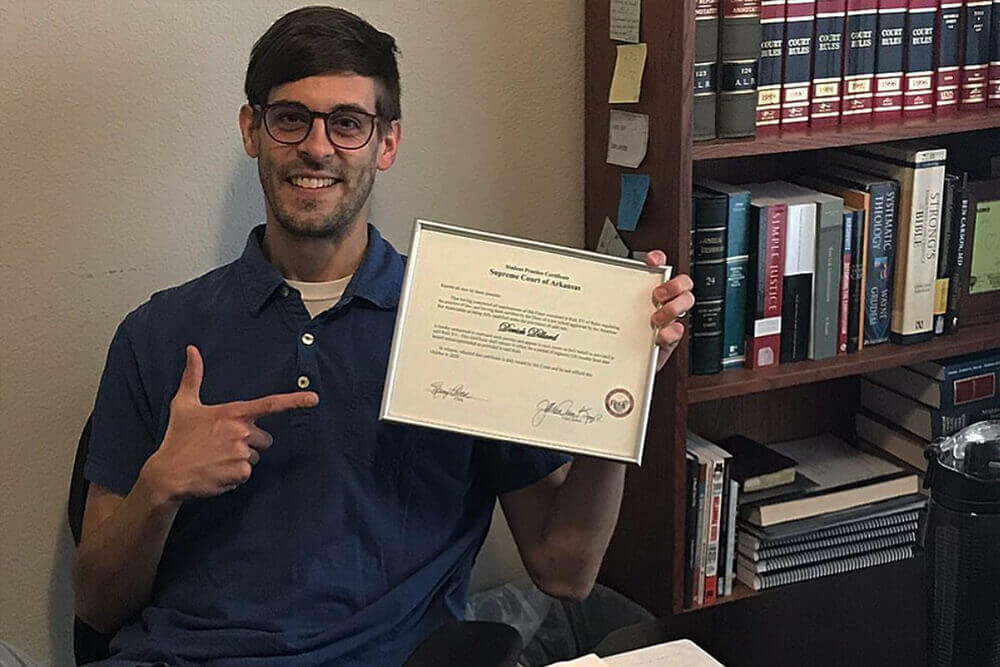 Remember Counting On? The American reality tv show that followed the older Duggar children as they began to start families of their own. Watching the Duggars navigate life was addictive for fans who found the show interesting.

Jill Duggar and her husband Derick Dillard both starred on the show but exited in 2017 after Derick made some homophobic remarks on social media.

It has been over four years since the couple chose to step away from TLC’s Counting On, but fans are still concerned about how the reality star earns money and navigates life today, with Derick having left without a job.

Here is all you need to know about what Derick Dillard does for a living since his dramatic exit from the show.

After stepping away from Counting On, Jill and Derrick were rumored to having financial problems. Following their exit, the couple who share two children were financially supported by their family, but a rift between Jill and Derick and the Duggar clan caused the sponsorship to run dry.

The rumors surrounding financial problems stirred up after Jill and Derick moved into a home in Lowell, Arkansas. The couple’s exact address was unknown, but the median home price in the area is estimated at $183 000.

At the time, Jill was working as a micro-social media influencer whose earnings could have been between $60 000 to $100 000 dollars per year as per Showbiz CheatSheet, while Derick worked as a contractor, probably making around $11 per hour.

Derick, who already holds a bachelor’s degree in accounting from Oklahoma State University and who has studied at the South Western Baptist Theological Seminary around the same time, decided to start classes at the University of Arkansas School of Law.

The family allegedly never got paid for their time on Counting On, making their financial issues understandable.

But Regardless, Derick seemed to be enjoying his time in law school. The former reality star was serious about pursuing his new career, judging from career credits added to his LinkedIn profile.

According to Showbiz CheatSheet, while studying, he spent two months working as a public service fellow with the federal public defender’s office in Fayetteville. According to the University of Arkansas School of law website, he was paid $5500 for ten weeks of full-time work.

Earlier this year, Jill Dillard took to Instagram to celebrate her husband Derick Dillard on his law school graduation with a picture that showed the reality star and Dillard outfitted for the graduation ceremony.

“Getting ready for graduation! So proud of my man!” she captioned the post.

“My mom reminded me it was exactly ten years ago. Today, I graduated from OSU’s School of Accounting, and tomorrow I will graduate from the UA School of Law,” he began his caption.

What does Derick Dillard do for a living?

Before graduating, Derick already began dedicating time to fulfilling his law career, working as a law clerk for the Arkansas attorney general in Little Rock. Part of his work there included “perform[ing] various legal research & writing projects for the criminal department,” as per his LinkedIn.

According to a statement made by Arkansas General Leslie Rutledge in the past about the office, “The Attorney General’s office law clerk program gives law students the opportunity to work with some of the state’s top attorneys. The clerks perform essential research and writing projects which provides invaluable experience in a service-driven learning environment.”

What is Derrick up to now?

Based on a few Instagram posts from the summer, Derrick seems to be working towards getting a job in public interest law. Jill provided more details on what he plans to do next in her family blog.

“He’s hoping to practice some kind of public interest law (voice for the voiceless).” That’s a bit vague, but anti-abortion activists often describe themselves as a “voice for the voiceless,” so it’s possible that Derick is interested in working in that area of law, especially since he’s made no secret of his pro-life views.”

How do the Duggars earn a living?

Apart from income made from the reality series, all the older Duggars are reportedly doing well for themselves. Jill’s father, Jim Bob Duggar, has a successful fifth-generation real estate business. “My dad has a lot of rental properties,” Jessa Duggar once said in an episode of Counting On.

Jessa’s husband Ben Seewald, in the mean time, seems to have also found his calling.

Jana Duggar’s twin brother John-David got his pilot license in 2012, and the year after, he became a constable for the Washington County Police Department. As for his wife, Abbie Duggar, she is a licensed nurse.

Josh Duggar worked a high-status job as an executive director of FRC Action. However, he was forced to resign in 2015 following his marital scandals with his wife, Anna Duggar, and accusations of sexual abuse of minors.

Jinger Duggar is a podcast host who has seemingly done well for herself with her husband Jeremy Vuolo, who’s a former professional soccer player turned pastor.

Despite being young, Joseph and Kendra Duggar are making money moves being worth an estimated $400 000.

Josiah and Lauren Duggar earn a living from working with Lauren’s dad on flipping houses. Due to the Duggar conservative values, Jill Duggar Dillard, Jesse, Joy-Ann, and Michelle Duggar follow traditional roles as housewives, tending to focus on raising their kids.