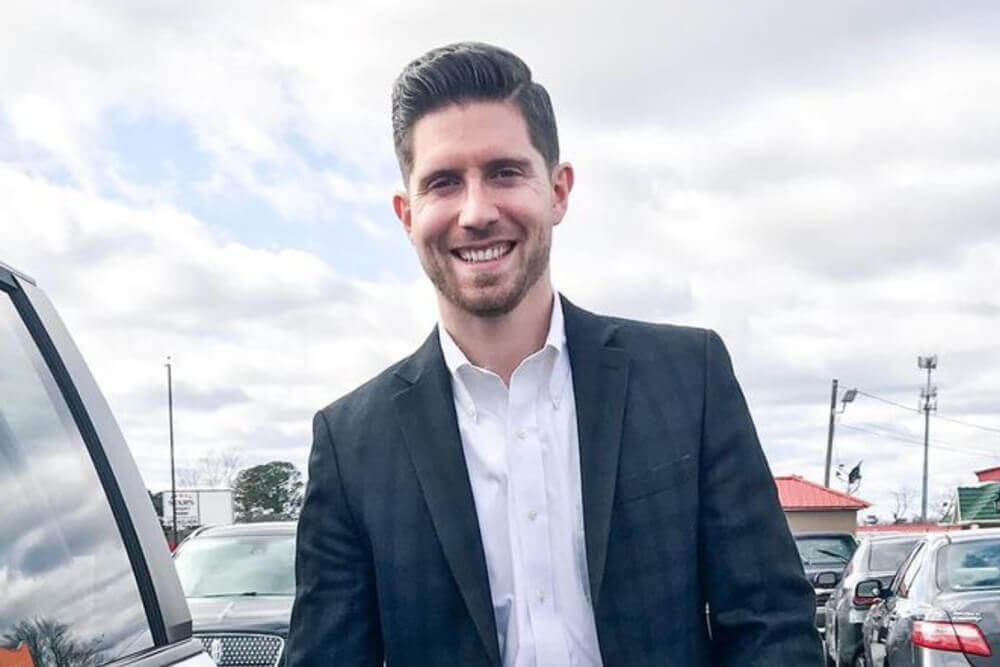 Benjamin “Ben” Seewald is an American television personality known as Jessa Duggar Seewald’s husband. The couple forms part of the Duggar family we all love to see navigating their daily lives on TLC’s Counting On. However, although we know almost everything about them, there has always been a mystery surrounding their finances.

Like all the other Duggar children, fans have always wondered how Ben and Jessa Duggar Seewald get by, considering most Duggars do not work the average 9-5 job, and as fans will know, females Duggar stay at home.

With the couple having a lot on their plate, just recently welcoming their 4th child earlier this year, exactly how does the family of six meet their finances.

Ben is probably the sole provider, so we take a look at what he does to help them get by.

What did Ben Seewald do before Counting On?

Ben was an average adult looking for his purpose before becoming the reality star (and hands-on dad) fans love today.

Unlike many, though, Ben plunged into marriage with a 21-year-old Jessa Duggar at just 19 years young. At the time of their union, he was working on graduating from National Park College in Hot Springs, Arkansas, with a political science college degree.

According to Showbiz CheatSheet, after earning his associate’s degree, he decided to continue studying. However, Ben has never been publically linked to work in his field, which has us wondering if he ever completed his education.

Fast forward through his career timeline, apart from recently being featured as a regular on Counting On (which he likely does not do for free), does Ben work other jobs?

What does Ben currently do for a living?

As per Distractify, the Counting On star’s current job title is Handyman, but he has also been taking on Preaching gigs (very unsurprising as the Duggars are very devoted to church-life). Ben recently got ordained as a pastor, as per The Christian Post.

Despite the family not revealing much about where he was ordained or on who ordained him, we assume Ben has gone from preaching gigs to having a more permanent role.

In 2019, the Counting On stars made a huge sum of money after they controversially sold land they had acquired from Jessa Seewald’s grandmother for less than a dollar for around $200 000 dollars, reported Distractify.

On the bright side, The earnings from the land may have come in handy when TLC officially canceled Counting On earlier this year after the arrest of Josh Duggar. Jim Bob Duggar and his wife Jill Duggar reportedly earned $25,000 to $40,000 per episode of Counting On, split among family members. With the Duggars looking into new ventures to make money, it sure would be interesting to see Ben pursue a career in politics.

Jessa and Ben are keen on having more children

Despite Ben’s less-than-stellar job history and his family losing out on a chunk of change from TLC’s Counting On, the family would love to have more kids.

In August last year, Ben and Jessa Seewald revealed they were expecting their third child together.

“We realize that, in going from two to three kids, we’re about to switch from man-to-man to zone coverage, so we’ve definitely been taking advice from friends who are already in this stage,” Ben said. “We love being parents and are really looking forward to this new arrival!”

At the time, happy about welcoming their child, Jessa also revealed that adoption could be an option in the future.

“Adopting and fostering to adopt is very much in our hearts,” she revealed as per Distractify. Before the couple could make plans to adopt, Jessa got pregnant with her fourth child, and in July 2021, as reported by Page Six, Jessa Duggar gave birth to a beautiful baby girl named Fern Elliana Seewald.

Still enjoying their newborn baby daughter, we would not be shocked if Jessa and Ben plan to have more kids in the future.