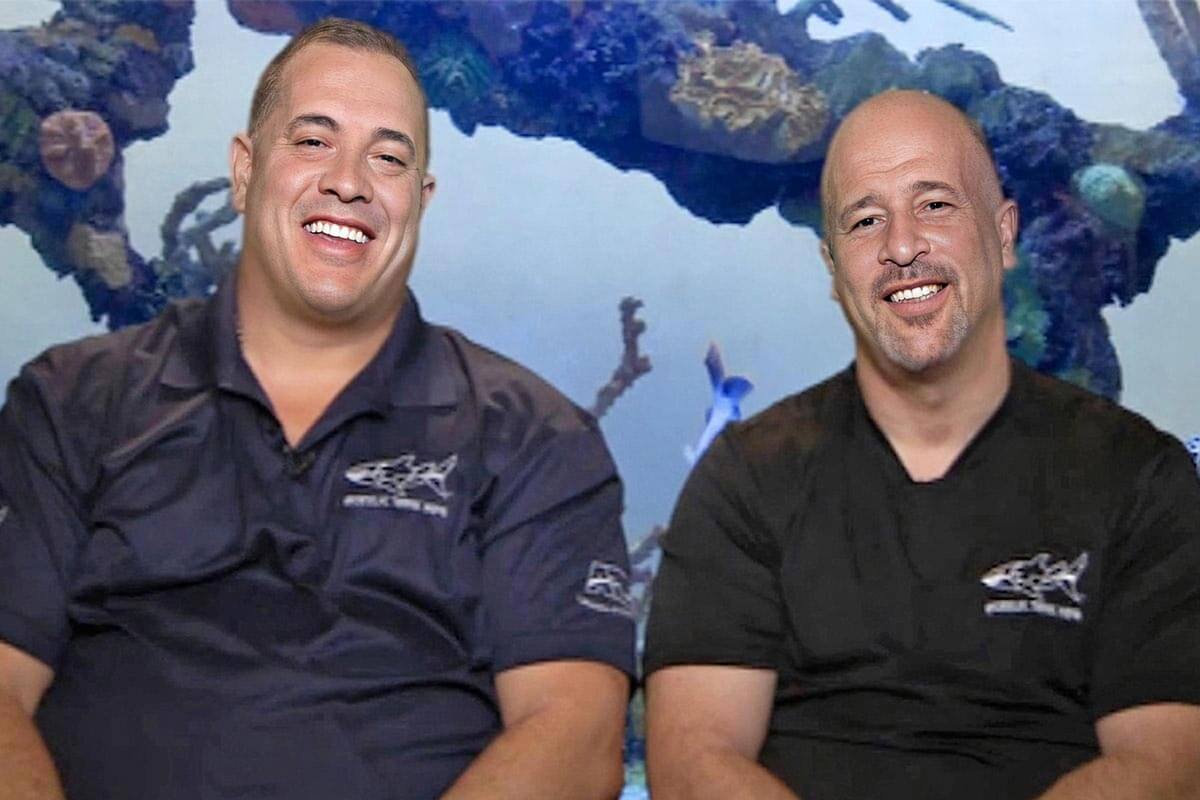 Is it possible to make fish tanks so glorious and so massive? How did Brett Raymer and Wayde King pull off these projects on such short notice? These questions continue to baffle fans and foes alike.

We did a bit of digging and discovered some interesting stuff about the popular series. If you wondered: was the TV show Tanked real, here is the low down:

The Truth About Tanked

Tanked was one of the most popular American reality television series on the Animal Planet network. The show, which premiered in August 2011, was based on Acrylic Tank Manufacturing (ATM), a Las Vegas company co-owned by brothers-in-law Brett Raymer and Wayde King.

Brett’s sister, Heather, married Wayde and worked as the company’s accountant. The office manager was Brett and Heather’s father, Irwin Raymer, The General.

Acrylic Tank Manufacturing was well-known within celebrity circles, having built some of the largest aquariums for mega-churches, Fortune 500 companies, hospitals, and retail stores.

The Animal Planet series ran for fifteen seasons before the network unceremoniously canceled it in 2019.

Although Wayde & Brett never considered themselves celebrities and said so in many interviews, they did want to be on TV to show off their aquarium hobby.

“People would come to the office and say, “You guys should be on TV.” So, the co-founders began seriously considering making a television show for their business.

Raymer says he eventually dared King to get them on TV. And, in classic King style, he went out looking for opportunities with production companies.

The ambitious aquarium expert finally found a company and film crew that was on board with the idea of doing a reality show while still honoring the fact that the company, the people working there, and the customers are real.

Are There Parts of Tanked That Aren’t Real?

Most of us have come to distrust the idea that so-called ”reality” TV shows are real. But Tanked might just prove us wrong.

Speaking to the local Austin newspaper, the Statesman, Raymer, said, “It is all real. Everything we say and do, and a lot of other stuff you do not see, are all real.”

The duo asserts that they built the tanks you see on the show. But there are so many others that you do not see.

Aside from the massive and beautiful tanks, the practical jokes Raymer and King play on each other and staff members also made Tanked such a great watch.

Guess what? Even those shenanigans were real, and nothing was scripted.

“Everything that came from my and Wayde’s mouths is completely real. It is 100 percent how we are, and none of it is choreographed.”

About the practical jokes, he said, “Everyone knew about the joke except for the person being played.” And the best part? Those reactions were all real and not some pretend play.

Do The Tanks on ‘Tanked’ Cost That Much?

The tanks Brett & Wayde made were far from cheap. According to Raymer, it is true that many of the fish tanks cost at least $20,000, but many others cost more, with others going for a whopping $350,000.

The TV stars admitted that the Animal Planet producers preferred keeping the prices of the tanks a secret from the fans to avoid making it feel like the tanks were out of the league of ordinary people.

Admittedly, a lot of what you see on television is nice, glossy, and fun stuff. But, there is a lot more that happens behind the scenes that we do not get to see, which includes the science of building a fish tank.

“People see what we do and think they can copy it. But there is a lot they need to see, such as adding useful bacteria and balancing the water’s pH,” Raymer said.

The tanks on the show come together fast. This happens because the water is already balanced, and the fish were quarantined 30 days prior.

Why Did ‘Tanked’ Get Cancelled?

Tanked seemed to be doing pretty well for us viewers. But it turns out that the show’s ratings had been steadily dropping, getting to as few as half a million viewers per episode.

The tank in ratings eventually led to Tanked getting canceled, but we cannot ignore the drama between Wayde and his wife, Heather King.

A few months before Animal Planet announced that Tanked would not return after season 15, Heather had been arrested and charged with misdemeanor domestic violence.

She was later released from custody but immediately filed for divorce from Wayde King, her husband of 21 years.

According to Wayde, Heather allegedly pushed and slapped him and drove off while he was hanging out the car’s window. In her defense, Heather claims that she slapped her husband only because he would not let her leave a room.

Soon after this unfortunate drama, Animal Planet announced that Tanked was in its final season and would not renew the contract.

Paul Schur, VP of communications and media relations at Animal Planet, insisted that Wayde and Heather’s issue had nothing to do with the ending of the popular American reality TV series.

According to Schur, the decision to cancel the show was made many months before the violent incident and subsequent divorce. He insisted that the show came to a natural end after 15 seasons and more than 150 episodes.

So, if all that cool stuff and hilarious pranks seemed too good to be true, now you know that it was actually true. The TV show Tanked was real, and although it had to warp up, we’d have to agree that it was good while it lasted.