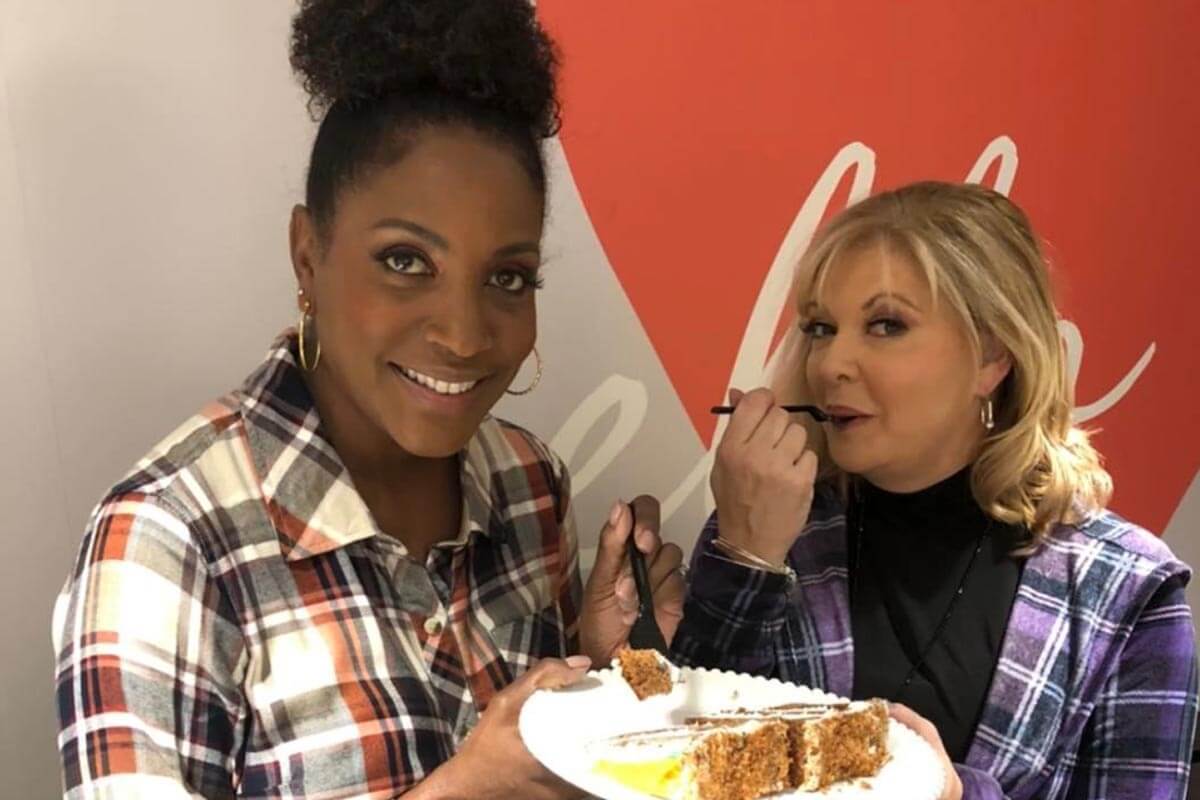 If you love shopping, then QVC is probably one of your go-to channels for retail therapy. While there are many hosts there, Pat and Jayne are arguably the most popular pair. The two are a dynamic powerhouse of sales professionals, entertainers, and hosts.

But, suddenly, the duo split and started presenting different hours, much to the chagrin of their followers. So, what happened to Pat and Jayne on QVC? Did they break up? Are they no longer friends?

Read on to find out what happened to these two TV hosts and friends.

(Pssst: if you are a big fan of QVC, you might want to know what Lisa Robertson is up to these days.)

Are Pat and Jayne Co-Hosts?

Pat James Dementri and Jayne Brown are among the longest-serving hosts on the QVC network, joining the team more than 20 years ago.

The two reporters are well-known for their shopping show, which aired in the morning for quite some time.

The duo is so popular because of their natural on-screen chemistry; they really do click. When Pat and Jayne sell different products on screen, they infuse the entire experience with insight and laughter.

According to Jayne, there is hardly ever a dull day when she is with her best friend, Pat. Their hearty laughter and sales expertise make for a strong and dynamic duo.

Despite being such great co-hosts, Jayne and Pat are currently not hosting a show together. The separation has left fans in a complete funk, with many wondering what caused the two to separate.

Weighing in on what might have happened to Jane and Pat’s morning show, one fan commented that QVC ”started integrating different hosts with Jayne and Pat, and then (the two) started working different hours. Maybe they got tired of the early morning hours.”

Another follower observed, “I guess the show ran its course,” explaining why Jayne and Pat no longer host the morning shopping show together.

Where is Pat From QVC Now?

Pat James Dementri is still a host at QVC. As of 2022, she is still a buyer for fashion and hosts her shopping show. Once a magazine cover model, Pat has gone through a lot in her personal life.

The most famous incident was when the television personality underwent a very public divorce that tore her family life apart after her husband, Vince Dementri of CBS, cheated on her with a fellow married news anchor, Lori Delgado.

Despite these challenges, Pat James Dementri continued with her career on television and fashion influencer and is now one of the most well-known hosts on QVC.

The bubbly and popular host has her show focusing on her favorite activity– shopping and giving fashion tips. Some fans have noted that they prefer when Jayne and Pat focus on their respective careers instead of the long-time co-presenters doing it together.

What Happened to Jayne Brown?

Jayne Brown celebrated her 20th anniversary of a successful career at QVC, making her a veteran employee at this company. There is no denying that Jayne is a remarkable host with excellent taste.

In 2018, when she and Pat had stopped co-hosting their early morning show and spending time together, she wrote to her fans on FB saying, “I know you are missing Pat James- Dementri on QVC and me during the morning show and you have been asking about us. Yes, Pat and I are still great friends and we haven’t left you..but it has been a refreshing change to be able to shop with you later in the day.”

Jayne was referring to how she and co-host Pat had their show moved from early morning to afternoon. The show was aptly named Afternoons with Jayne and Pat and ran until the better part of 2021, but this show stopped abruptly and was never revived to date.

There have been rumors about Jayne’s private life and health, with some fans wondering whether she has cancer. Thankfully, the popular host explained that she had cut so much weight not because of any illness but rather because she had taken up tennis, causing her to burn calories.

So, there you have it: Jayne and Pat on QVC International are still friends, but management opted to separate them so that each works their hours.