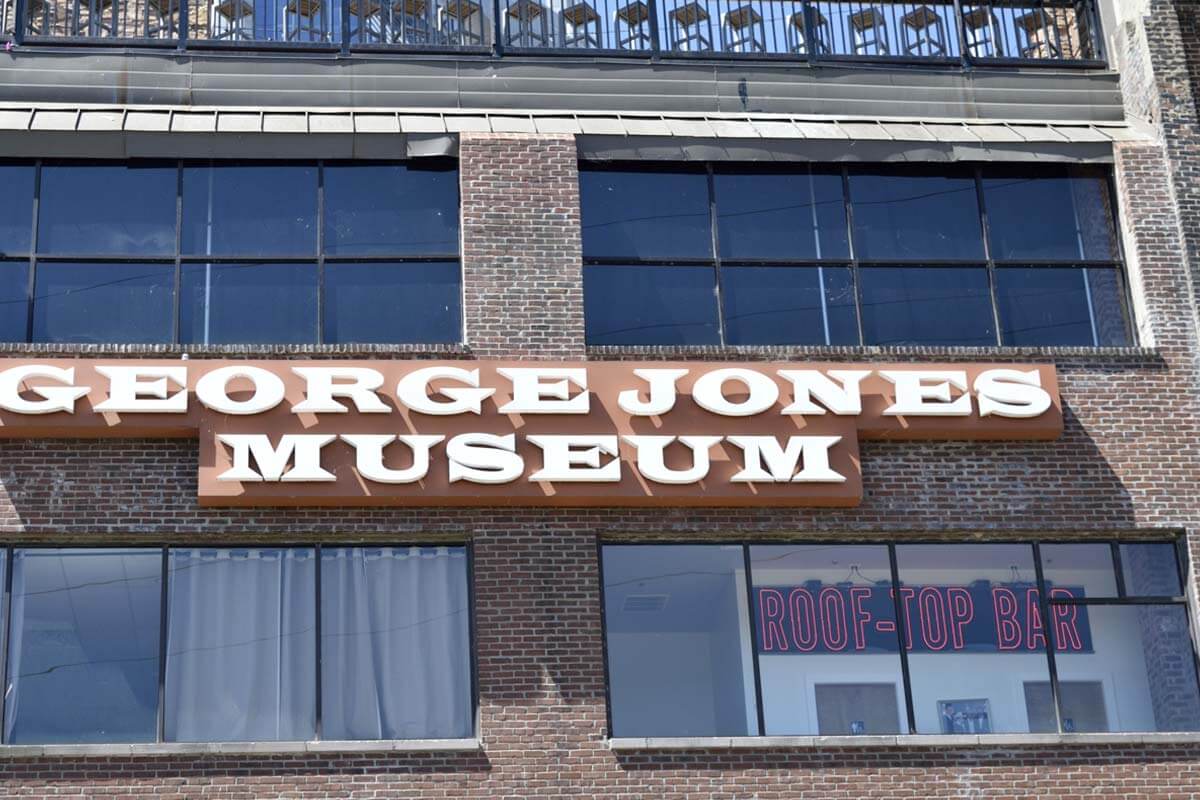 George Glenn Jones was and continues to be among the greatest American country musicians in history. His glitzy legacy is indeed befitting of a forever home in Music City where his fans from all over the world would visit to relive the memories.

So, what’s the story of the George Jones Museum? Who conceived the idea, and what happened to the place?

Whether you are looking to visit or just curious about the monument commemorating history’s biggest country music icon, here’s the insider story on what happened to the George Jones museum.

When Did The George Jones Museum Open?

The George Jones Museum was launched in April 2015, commemorating the country icon’s second anniversary since his passing.

In September 2014, George Jones’ estate announced the purchase of a $4.3 million property nestled between 128 and 130 Avenue in downtown Nashville.

Overlooking the Cumberland River and close to the bustling entertainment scene in Lower Broadway, the building would house The George Jones Museum and Restaurant.

In her announcement, Jones’ fourth and last wife, Nancy Sepulvado Jones, said that the idea behind the aptly named, The George Jones was to house mementos belonging to the country singer to showcase his legacy in the country music industry.

The venue would also incorporate a rooftop bar, deck, restaurant, music spot, and gift shop in memory of George Jones.

There were also plans to have a liquor line of flavored vodkas and whiskies named after his number-one hit song from 1959, White Lighting.

What was really impressive was how fast the estate, headed by Nancy Jones, worked tirelessly to put the museum together in three and a half months.

Her team worked around the clock, ensuring that the property was built to taste and furnished, memorabilia installed, and employees trained.

An interesting side story is that the Tennessee laws had to be changed to accommodate the ambitious George Jones Museum. The new law would allow the venue to incorporate a rooftop bar and the sale of George Jones-branded alcohol.

The museum finally opened its doors to eager patrons and did not disappoint. Despite its small size, the entire premise was a sight to behold.

Everything, including Jones’s iconic suits, numerous awards, instruments, historic tractor, and many other little knick-knacks, was tastefully displayed for fans to take in the sights.

The rooftop bar and deck were equally breathtaking, with picturesque sights of the Cumberland River, excellent food, and an impressive collection of drinks, typical of southern hospitality. The talented performers hosted at the event space gave patrons value for their money.

Country greats such as Tim Culpepper and James Crothers, among others, were regulars at the venue, attracting crowds of enthusiasts with their traditional country songs.

With such a great start, George Jones’s museum that immortalized the country legend would remain a Nashville landmark for many years.

Trouble Brewed At The George Jones Museum Within A Few Years

The George Jones Museum began making headlines for the wrong reasons within two years of opening.

The unwinding of the business began in the fall of 2016 when Kirk ‘West’ Leipzig, Nancy Jones’ business partner, admitted to financial fraud.

Leipzig had provided false information about his income and fabricated pay slips to inflate his net worth to obtain loans and funding for properties he acquired.

Kirk West faced federal charges to which he pleaded guilty. The courts slapped him with two years in prison and asked him to pay back close to a million dollars to Reliant Bank.

Meanwhile, people began complaining about the poor service at the George Jones bar and restaurant. But, Kirk’s financial issues played a key role in ruining the business’s reputation.

The George Jones Museum Was Sold and Survived A Bombing

In November 2016, news came that Nancy Jones had sold the George Jones Museum. The new owner was Possum Holdings LLC, an investment group based in Nashville.

The company acquired the facility and its contents and gained ownership of the copyrights to George Jones’ name and everything in his image or likeness.

The musician’s estate subsequently lost all rights to his name, image, museum, rooftop bar, and restaurant.

Paul Jankowski became the property’s new owner. Jankowski had previously been an executive at music-based companies such as Gibson Guitars and MCA Records, among others.

As the principal strategist at the New Heartland Group, Jankowski made deals between brands and celebrities such as Blake Shelton and Taylor Swift.

The George Jones museum felt different under the new management, with patrons complaining that it had lost its family-friendliness.

As though this was not enough, the 2020 Christmas morning bombing along 2nd street, just a block away from The George Jones museum, made business even more difficult for the facility in the subsequent months.

The bombing only minimally damaged the George Jones facility. But, life and business were never the same again on 2nd street after the shocking incident.

Then the Pandemic came, the final nail in the coffin of the celebrated museum. Labor shortages, supply chain issues, and the lockdown put a huge strain on the business and many others in the area. The end was inevitable.

After six and a half years of trying to stay afloat, The George Jones posted to Instagram on December 13, 2021, announcing that it would permanently close its doors.

“These past two years have been difficult for business owners, and ours has been no different. Faced with inconsistency in getting products and workforce shortages, it is challenging to make a business viable,” the statement read.

“For these reasons, it is with a heavy heart that we announce we are closing the George Jones,” the statement continued.

The owners promised to handle all the artifacts and memorabilia with care as they found a new home to immortalize The Possum.