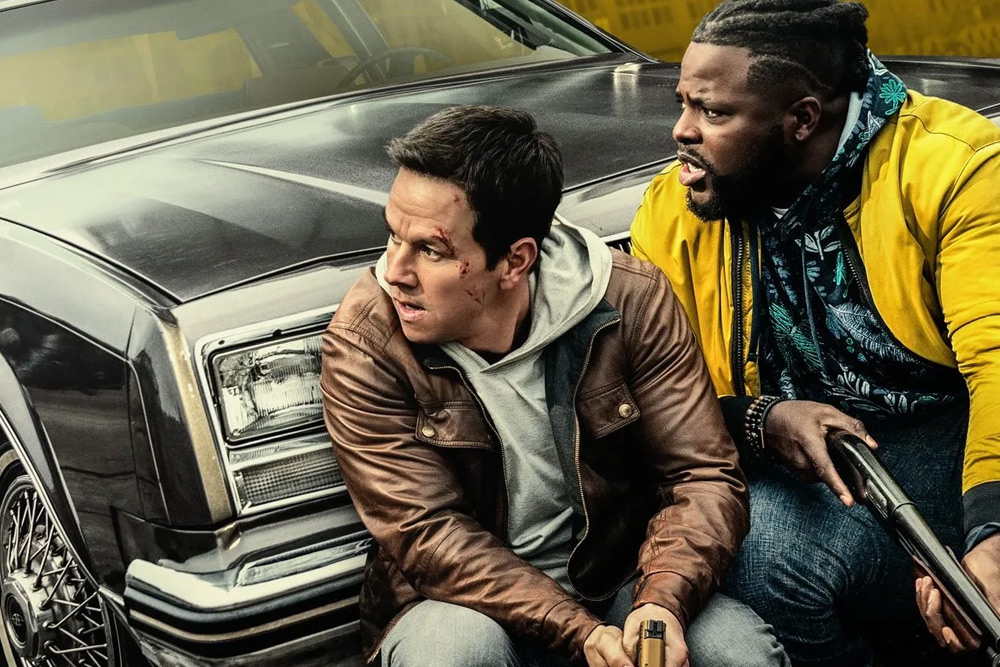 With streaming service Netflix offering in-depth insight into the most-watched original movies by its viewers, we can now avoid FOMO and get a glimpse into what everybody’s watching.

But do not be surprised when its top 10 offerings are not always the A-list movies you would expect.

Since Netflix revealed its top 10 movies of 2020, the list has seen everything from flops to critically acclaimed films (we suppose this has to do with the mood of the viewers at the time).

That being said, while not exhaustive, we’ll explore a random selection of Netflix’s top 10 movies of the past two years.

Trust us when we say that many of them are worth your time! 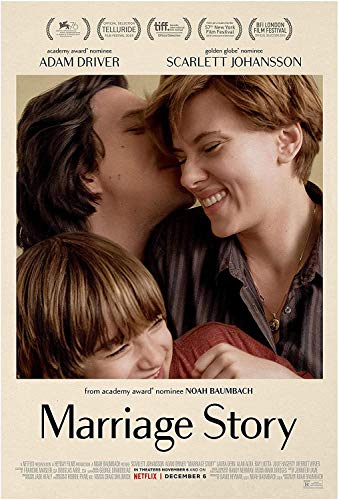 In a captivating trailer, we see a Brooklyn-dwelling actress played by Scarlet Johanson and a theater director named Adam Driver, who are seemingly married, profess what they admire most about each other. However, once you watch the movie, you realize this is not a tale about two people who fall in love, have children, and live happily ever after. Instead, the film’s writer and director, Noah Baumbach, decides to tell the story of divorce and a family staying together through it all.

As the movie begins, viewers discover Johanson and Driver are already falling deep into their separation. Baumbach details the whirlwind separation is by focusing on the soul-sucking, money-draining, legal woes the once happily married couple are to face. Both Johansson and Driver are known for convincingly playing their roles in a way that connects with audiences.

However, they are also assisted by a supporting cast of attorneys and collaborators, including Laura Dern and Alan Alda, who deserve praise for their roles in the film.

So, if you are a fan of movies that compassionately break down real-life issues, then Marriage Story, which duly fulfills compassionate storytelling about separation, should be your next watch. 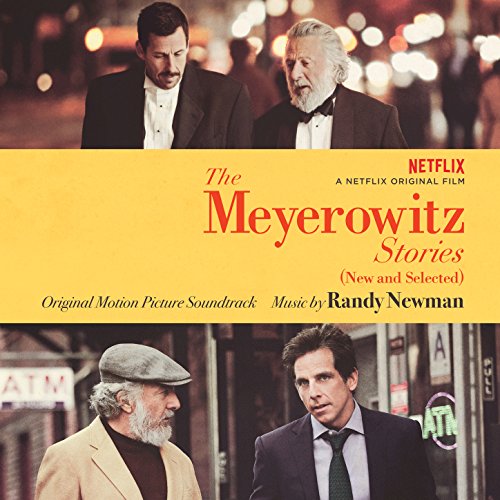 Known as a comedic heavyweight, Adam Sandler has starred in dozens of Hollywood films, including Drunk Love and Funny People (most of which were quite good). So it is no surprise that Netflix acquired a great Adam Sandler movie in The Meyerowitz Stories.

However, contrary to the usual noisy knockabout, Sandler tends to be in many of his roles. In the Noah Baumbach-directed movie, Sandler portrays something way opposite. The nature of the movie, which is a family drama about a uniquely miserable group of people, forces Sandler to give his most emotionally drenched, serious, yet arguably one of his strongest performances yet.

And while, for the most part, we do have to deal with the Meyerowitz family swimming in resentment and other negative feelings for one another, Sandler’s funny and charming side eventually comes out several times in the film, like when he gets to sing silly songs on the piano. 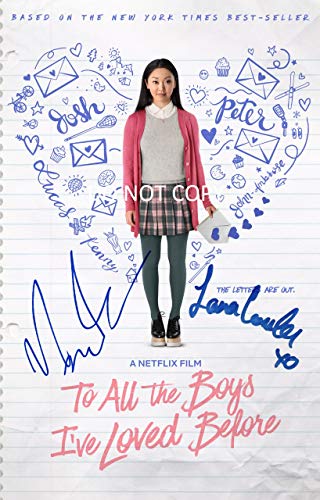 Something is enchanting about watching adults fall in love, like Adam Sandler and Drew Barrymore’s classic ’50 First Dates,’ but watching countless blush-worthy moments in innocent teenager romance films has to touch even the most anti-romantic comedy viewers.

It is cute seeing teen love blossom when Lara Jean’s (played by Lana Condor) secret love letters get mailed to each of her five crushes. To avoid the embarrassment associated with rejection, she devises a plan that lands her in a fake relationship with heartthrob Peter Kavinsky (Noah Centineo). Like a typical coming-of-age movie, Lara undergoes growth by choosing what is best for her when it comes to falling in love.

Based on books by Jenny Han, the film succeeds in executing the essence of her stories with a charming cast which includes John Corbett, Emilija Baranac, Israel Broussard, and Janel Parrish. 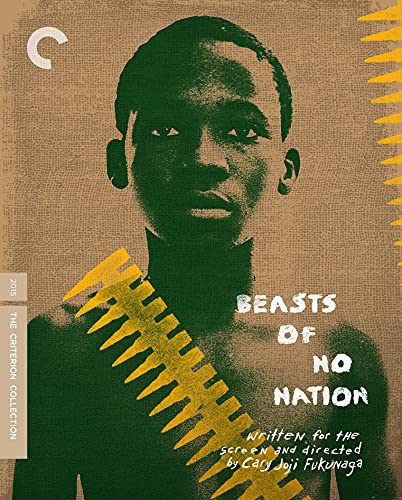 This riveting wartime drama, directed by James Bond’s Cary Fukunaga, is beyond impactful and captivating, explaining its high rating among viewers. The movie adapted from Uzodinma Iweala’s novel, Beast of No Nation, tells the story of a pre-adolescent Agu, a child soldier in the African civil war, and is lorded over by a harsh commander played by Idris Elba).

Most of the movie follows Agu, who sorrowfully loses his innocence, and becomes exploited woefully, taking on a hardened shell. Its trailer is full bent with fierce emotion, portraying Agu in his new forced element of war.

It speaks to viewers’ emotions and duly highlights the harsh realities of children intertwined in war zones. As the trailer does not reveal much, put it on your to-watch list to discover if Agu gets rescued from bondage. 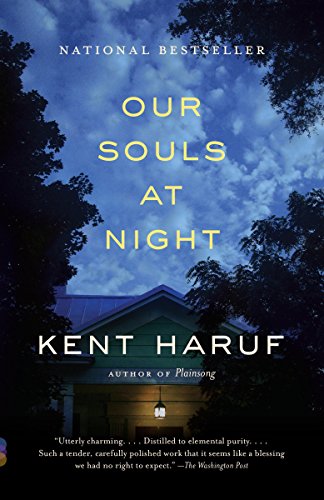 In this heartwarming story, a widow and widower who happen to be long-time neighbors leap to get to know one another in hopes of alleviating the loneliness the two had consumed after both their partners had died. Addie (Jane Fonda), and Louis played by Robert Redford, choose to sleep in a bed together platonically to get through the night.

It is not so much of a surprise when a real romance develops between the two, considering they are both good people, willing to overlook their flaws and traumas.

Adapted by Ritesh Batra from a book that holds the same name, this Netflix original film sends a powerful message of it never being too late to turn a new page and find love again. 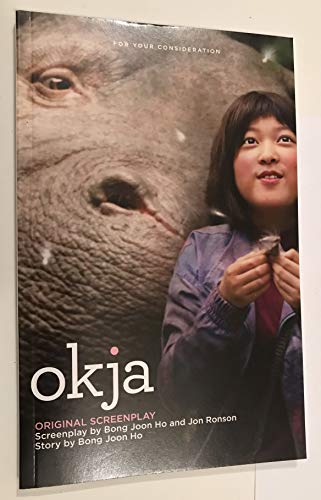 In Okja, a movie written and directed by Bong Joon-ho, the concept of corporate greed and the effects of genetically modified food on biodiversity is explored through Young Mila (Ahn Seo-hyun), a caretaker and companion to Okja, a massive pig at her home in the mountains of South Korea whose on the verge of being used by multinational cooperation as their next step in human consumption revolution.

The corporation headed by a self-indulgent CEO transports Okja to New York to fulfill the corporation’s big plans. Fuelled by the love of her massive friend, Mila travels to the city with no particular plan to rescue her good friend. 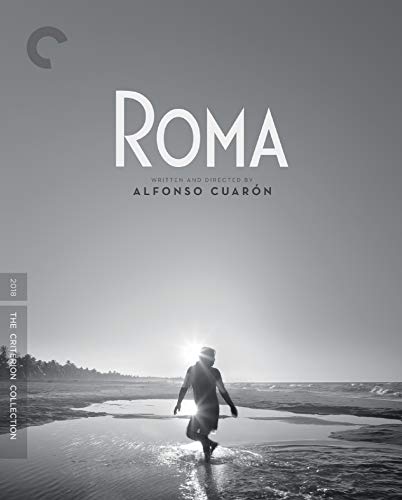 Based on a True story, Alfonso Cuaron’s film Roma shows us a vivid journey of emotions, political turmoil, but most of all heart, through Cleo (Yalitza Aparicio), a domestic worker caring for a family in the early 1970s. Cleo’s life gets intertwined with that of her employer Sofia.

In what may very well be the streaming giant’s most acclaimed film to date, viewers get a taste of Cuaron’s childhood through a serving of beautifully captured shots that leave almost every viewer with teary eyes. At times it feels more like a novel well other times, it screams the characteristics of a telenovela. Regardless of the direction of the storytelling, it easily transcends its tragedy and comedy and extraordinary additions through the impeccable performance of its cast and crew. 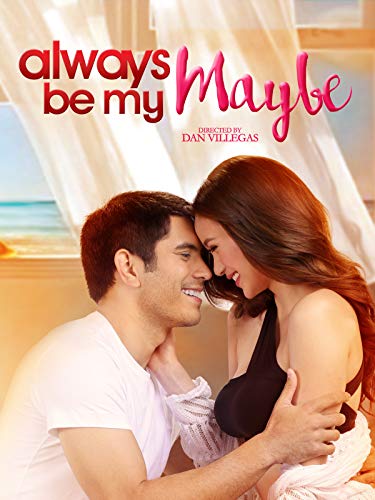 Although Always be My Maybe takes the typical romantic comedy formula, its funny and charming outlook on relationships still makes it a fairly good watch. Sasha, played by Ali Wong, and Marcus, played by Randall Park, drift apart and do not speak to each other for 15 years after losing their virginity to one another back in high school.

In an unexpected turn of events, readers discover they lead very different lives, with Sasha being a successful celebrity chef. At the same time, Randall does not have a fixed job, occasionally works at his dad’s HVAC company, and still performs with his local rap group.

The predictability of it all shows when the two reunite, and their once companionships ignite new sparks. The Netflix original movie is written by Park and Wong, with Michael Golamco, and receives praises for at least offering a fresh breath of air when it comes to the choice of leads. The romantic comedy led by two Asian Americans uses strong cultural specificity, making the movie seem more interesting. Apart from Wong and Park, the cast includes Keanu Reeves, Michelle Buteau, Vivian Bang, and Karan Soni. 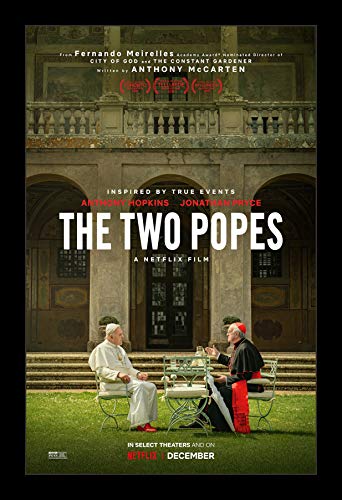 While venturing through almost every aspect of their theological discussions, the movie shies away from addressing recent damning findings of the catholic church. Nonetheless, it emerges as a strong choice by how writers chose to tell the story of conflict and struggle, which ends up in forgiveness and progressions of their friendship on a world stage.

This action movie stars Mark Wahlberg as Spenser, an ex-police officer who was recently incarcerated for assaulting a colleague he claimed to be part of the dark side. After his release, he plans to seek a life away from the police force but quickly gets dragged into it after his prompted to uncover a baffling murder mystery related to the cop he assaulted.

It is a movie any viewer would expect to be jam-packed with action and thriller scenes that keeps you on the edge of your seat.

However, according to Rotten tomatoes critics, the movie lacks charm and action and should probably be a sight that should never resurface again. One critic said, “An ending that teases the possibility of sequels, with Wahlberg’s Spenser tackling more cases of police officers and emergency personnel who have been falsely accused of crimes, should elicit nothing but groans.”

Nonetheless, it makes it to the list as, after all, we are measuring the most viewed movies on Netflix.

With Mark Wahlberg’s first movie for Netflix garnering views from over 85 million accounts, it is safe to say there were interesting parts to this movie that people probably acknowledge.

As mentioned earlier in the article, the list of top Netflix Original films is not exhaustive. There are a lot more high-ranking features the streaming giant has released over recent years.

No matter what your preferences are, whether it’s a biographical film about the life of former President Barack Obama or Robert De Niro as hardened gangster Frank Sheeran who drives a flatbed truck, you will probably find something you will enjoy from Netflix’s top-ranking original content.

After all, the top 10 is not necessarily about the best movies but rather more of what people who like to read and talk about movies tend to watch.