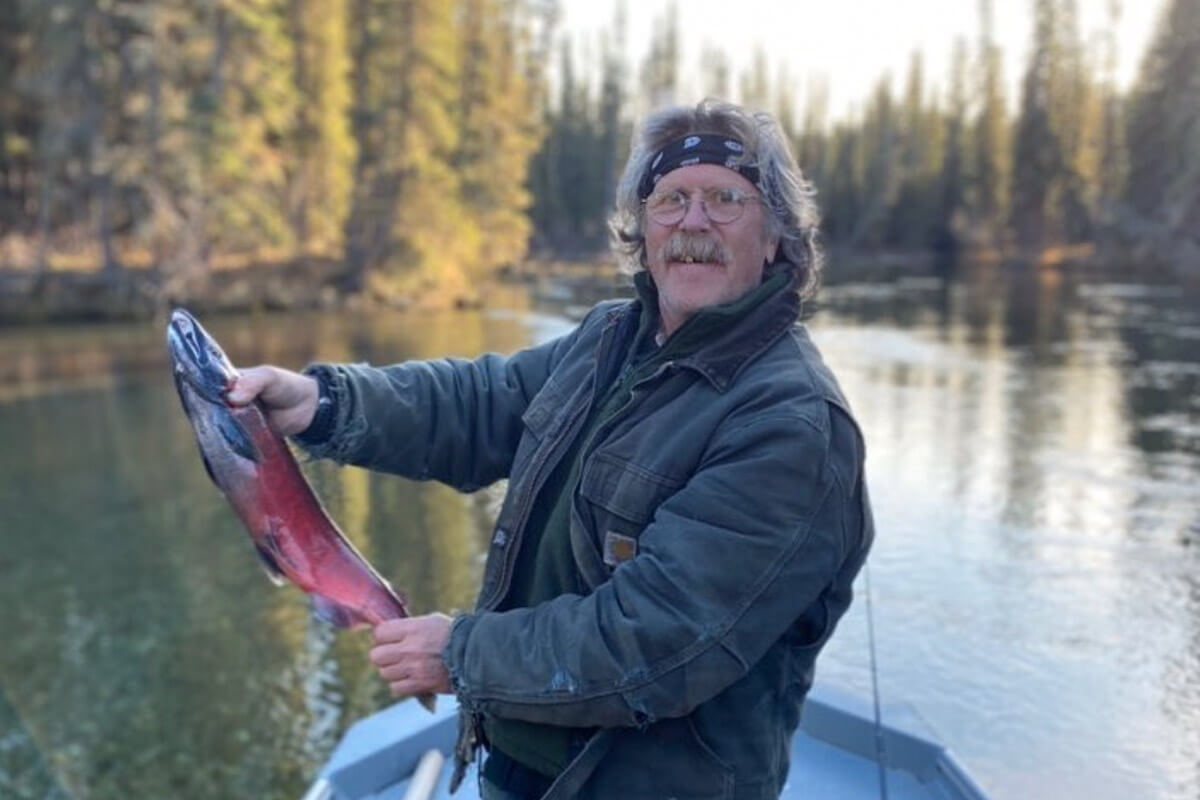 When it comes to reality TV, viewers have become somewhat skeptical whether what they see on TV matches up to life behind the scenes. But, during his time on the hit-TV show Mountain Men, Marty’s authentic mountain man lifestyle proved that sometimes what you see is what you get.

As one of the most-liked cast members of the History channel reality show, Marty made quite an impression with his wilderness survival skills and, in particular, his animal trapping techniques. And who can forget his iconic remote single-room log cabin?

It was a big surprise when the History channel revealed that Marty was leaving after eight seasons on the show.

So, what happened to Marty on Mountain Men? Why did he leave, and what is he up to these days? Read on for the insider scoop!

Who Is Marty Meierotto: Becoming a Mountain Man

A native of Northern Wisconsin, USA, Marty Meierotto was born for life in the wilderness. He is the son of Thomas T. and Karen Meierotto and brother to Steve and Jeff Meierotto.

When Marty was a little boy, his avid hunter father would take him on trap lines for raccoons and foxes. He knew he wanted to hunt and explore the wild for the rest of his life.

Marty spent hours reading wilderness and mountain man books as a kid. He looked at old maps and read about Alaska, where he hoped to live one day, as he considered it the last true chunk of wilderness.

To fulfill his lifelong passion for living in the Alaskan wilderness, Marty did a series of odd jobs to earn money, including being a janitor, logger, and laborer. He eventually got a permanent job with the Alaskan Fire Service and worked there for decades before eventually retiring.

How Marty landed his career on television with History Channel’s Mountain Men is quite interesting. Meierotto is a well-known member of the Alaska Trappers Association. The Association’s president, Randy Zarnke, called him, saying Bill Heavy, a local writer, wanted to do a story, and Randy thought Marty would be the best guy for the job.

Marty had no idea Heavy was a writer for Field & Stream, a popular national outdoor magazine reaching more than 1.5 million readers. Marty reluctantly agreed to take Heavy on his trapping trips, an experience that eventually resulted in a 12-page article published in the February 2010 issue.

Mountain Men invited him after the article was published. In his usual style, Marty didn’t want to be on TV, saying he wasn’t interested in a ”cheesy reality show.” He eventually agreed after realizing that TV would also be a good way of clearing misconceptions about the trapping lifestyle.

The first episode of Mountain Men, titled “Winter Is Coming, ” aired on May 31, 2012. It features Marty alongside other mountain men, including Tom Oar in Montana and Eustace Conway in North Carolina.

Why Did Marty Leave Mountain Men?

Marty Meierotto was on the History hit series for eight seasons. We last saw the reality star on July 11, 2019, on the fifth episode titled “Final Farewell’.”

After Tom Oar, Marty was the second of the original cast members to leave the show. And, as you might imagine, fans had a hard time saying goodbye to one of their favorite mountain men.

So, why did he leave?

Marty has a teenage daughter named Noah Jane Meierotto, and according to the reality tv star, he wanted to spend more time with her and didn’t want cameras following them. He explained that his daughter had shown interest in trapping and wanted to train her to become a skilled trapper.

“It’s gonna be best for her (daughter) and the family,” Marty said.

He added, “I have been doing this my whole life, and the past eight years I have had cameras follow me all the time.I am happy we told a story and hopefully it has helped people see what life is like out here.”

The popular mountain man explained that money and fame are unimportant when lying on your deathbed.

“You won’t be thinking about some job or the money you made. It will be what you have done with your life.”

Where Is Marty Meierotto Now? Life After Mountain Men

Marty is married to Dominique Meierotto, and together they have one child and currently live in the White Mountains of Alaska. After exiting the reality series, Marty focused on his married life and coaching his daughter to obtain trapping skills.

Leaving the reality tv series was not the only thing that changed in his personal life. He also retired after serving the Alaska Fire Service for over three decades. To celebrate the new chapter of his life, his wife and friends surprised Marty on his final mission by waiting for him on the tarmac of the Fairbanks airport strip.

Marty also released a book in 2020. Titled “In The Land of Wilderness: The Writings of Marty Meierotto,” the book is a collection of stories he wrote and had previously been published in the Alaska Trapper and Fish & Game magazine.

The book is more than about trapping; it is about the whole lifestyle, and unsurprisingly, it has been well received as it is educational with plenty of Marty-style humor.

One thing that has changed in his everyday life is Marty’s love for the wilderness. He said about his love for the woods, “This is my church. This is where I feel most like me.”

So, there you have it: Marty on Mountain Men left to spend more time with his family and nurture his writing career while enjoying a quiet lifestyle in the wilderness away from the spotlight.