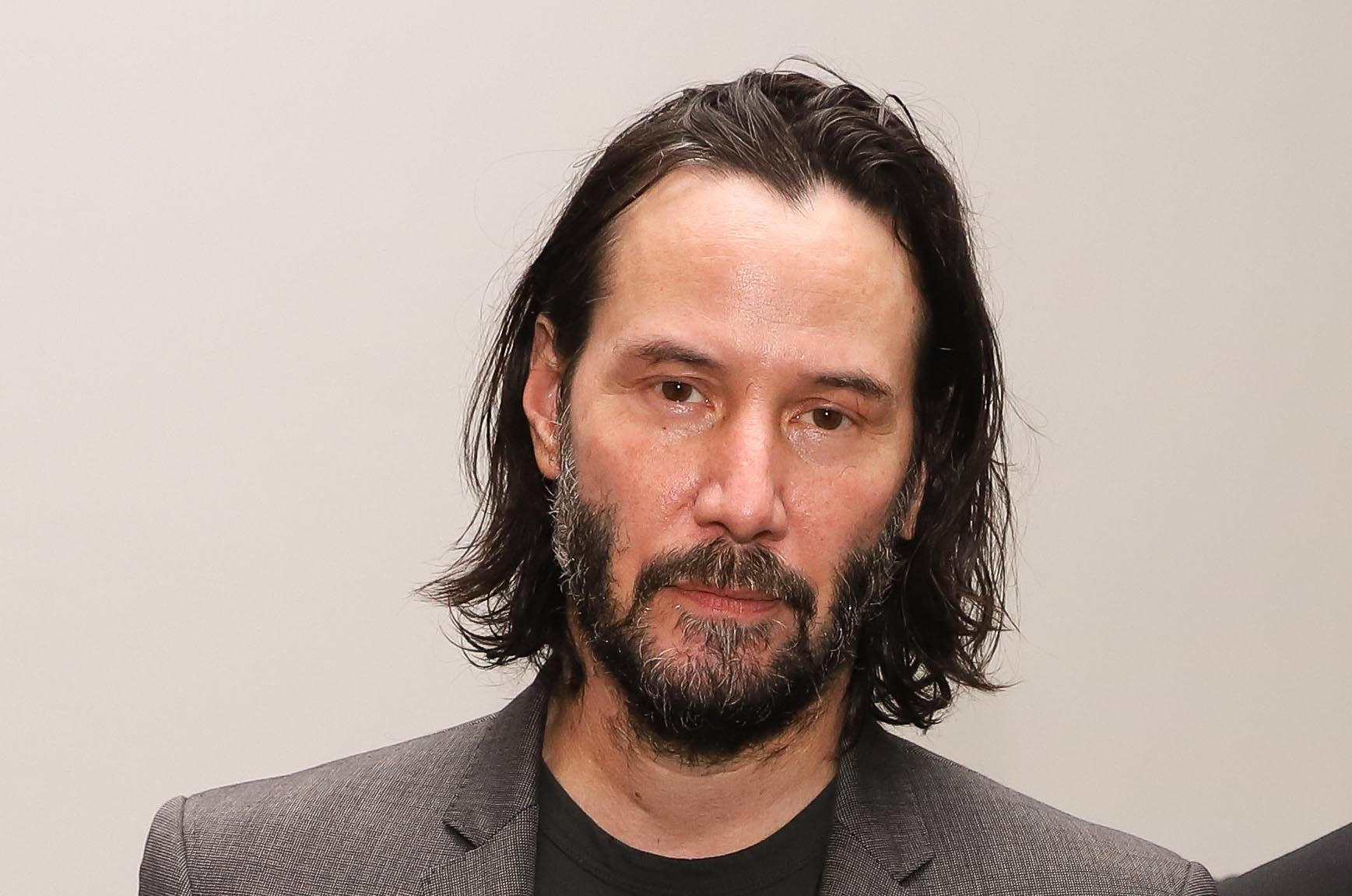 That Keanu Reeves is neither American nor born in the country of which he is now a citizen (Canada) is something only his die-hard fans would know. After all, the Hollywood star of today was born in the capital of Lebanon.

In this extraordinary place, his mother and father met while his mother worked as a showgirl in a Beirut nightclub. Today’s multimillionaire owes his unusually good looks to his father’s Hawaiian origins and his grandmother’s Chinese roots on his father’s side.

His parents’ turbulent life led to Keanu Reeves growing up in New York City and Toronto. His family even lived in Australia for some time. In the end, however, his parents’ relationship did not last, and his mother’s other marriages also ended in divorce. In addition to a biological sister, the relationships of his parents brought Keanu two half-sisters.

A large part of his family shares his love for film with the leading man from Hollywood. His mother works as a costume and set designer, while his sisters also work as actresses and producers.

Keanu Reeves didn’t even need a high school diploma to achieve his current success. Because he left his High School for the Performing Arts without a degree, he made his living first as a cook, ice skate polisher, and finally as a pasta restaurant manager. Reeves also worked as a gardener until he finally managed to get enough TV and theater roles.

The successes of a real Hollywood superstar

As befits a real star, Keanu Reeves has now settled in the Hollywood Hills in West Hollywood on the USA’s West Coast.

Besides his residence in California, the actor also owns an apartment in New York City. Although his interest in the teachings of Buddhism are widely known, the star does not belong to any religion.

In addition to his acting talent, Keanu is especially appreciated for his commitment to charity. He is also known to be extremely down-to-earth. Like any average person, he even takes the subway to work. All that considered, this superstar will likely never go broke – unlike some other A-listers here.

His film career has already earned him plenty of awards, including the 2277th star on the Hollywood Walk of Fame. The Canadian was awarded the star in January 2005.

It was his role in “The Matrix,” which can easily be considered his most significant and best-known success. The Californian by choice was able to secure the Blockbuster Entertainment Award for this performance in the trilogy, starring alongside Carrie-Anne Moss.

The superstar, who does most of his own stunts, now commands high fees for his films, but that was not always the case. In the entire Matrix series, he was also involved in the total revenues in the millions due to the worldwide success.

According to IMDB, Keanu earned the following fees in his better known films:

His take from a film is usually a negotiated amount, as is the case with all actors. Sometimes however, an actor will take less upfront and a percentage of the box office. For the Matrix series, he took 10% on the back end for the first film, which turned out to be above and beyond his film salary.

For example, for the first film, his upfront was $10 million, but in back end points, he earned a percentage of the film’s box office equal to another $25 million, so his total earnings from the first film were around $35 million.

His earnings increased for the sequels, at $15 million each upfront with 15% of the box office earnings, which for “Matrix Reloaded”, is almost $126 million.

“Matrix Revolutions” netted him over $78 million.

In total, he earned over $260 million with the Matrix series alone.

The most notable part is that he ended up giving away $75 million to crew members because he felt it was their contributions that made the film a success – he made the crew members millionaires.

On a different occasion, he turned down an $11M offer to star in the Speed sequel but had earned just $1.2M for the original.

The multimillionaire has also turned book author. His book “Ode to Happiness” shows its readers how Keanu Reeves himself dealt with difficult periods in his life and a charming reminder not to take oneself too seriously.

Keanu’s passion for motorcycling had him turn his hobby into a business.

It all began in 2011 after Keanu Reeves hired designer Gard Hollinger to rebuild his Harley Davidson for him. But Reeves was so convinced that he wanted to share the custom bike with the world. Five years after the prototype, the KRGT-1 appeared on the American market.

By now, Arch motorcycles are known worldwide, and the LA company sells its models all over the world. Reeves is a financial backer and works enthusiastically in his company and is, according to Hollinger, the ultimate test rider.

Reeves confirms that up to 200 parts that Arch Motorcycles uses are manufactured in-house. External companies supply critical components such as the engine, chassis, or levers. At the moment, there are two models KRGT-1 and 1S, on offer; a third model, named Method 143, is still in prototype status.

When it comes to unique handcrafted rides tailored to their respective owners, it is no wonder that Arch Motorcycles are no bargains. The KRGT-1, for example, starts at 78,000 US dollars.

It’s safe to say that Keanu Reeves made it. Even more impressive is the fact that the actor stayed down to earth, treating those around him fairly.